What a grim end to 2019 and what a frightening start to 2020 it has been. It has seemed impossible to utter the standard “Happy New Year” greetings, knowing the devastation that has been inflicted, and is still being inflicted, on people’s families, homes and livelihoods; on crops, pasture and thousands of livestock; and on our precious and unique wildlife, habitats and ecosystems.

The 2019-2020 bushfires have been catastrophic for all forms of life, including of course the humans and the communities in which they live. But for our forests and bushlands and the host of animals and plants within them the figures are almost incomprehensible. Over a billion mammals, birds and reptiles lost ~ Millions of hectares of forest, bushland and grassland burned beyond recognition ~ Six million hectares of threatened species habitat destroyed ~ National Parks reduced to blackened sticks and a ground covered by grey ash ~ And who knows how many species of animals and plants have now fallen over the cliff of extinction? 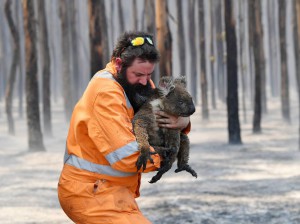 SOS for wildlife:  In response to members’ enquiries we put together a list of wildlife care and rescue groups for everyone wanting to donate money, time, equipment or experience to those wildlife heroes desperately trying to rescue and rehabilitate injured animals or give a peaceful end to those beyond help. The list has been refined since first compiled so please feel free to pass the above link on to friends and colleagues.

The rest of the world, and most Australians, can clearly see the fatal link between climate change and this unprecedented bushfire season, and can fully understand the urgent need for our country to become a world leader rather than a reluctant follower in slowing the acceleration and intensity of that change. Yet our blinkered northern Coalition MPs have chosen the “nothing to see here”, business-as-usual response. Our new Federal MP for Herbert, Phillip Thompson, commented that nobody had contacted his office with their climate change concerns. Did he stop to consider that this may be because most of us have lost any hope that either he or his colleagues would pay any attention?

Would you be prepared to ring or email Mr Thompson:  phillip.thompson.mp@aph.gov.au, ph 07-4725-2066. Let let him know that yes, you are worried about climate change and believe urgent action is needed. We may be a small country but we are the 14th largest greenhouse gas emitter and have the highest emissions per capita of all major nations – with projections that this will worsen in the next 10 years. We have global and national responsibilities to do much, much more and much, much sooner – and we need to start NOW.

October and November field trips: Reports for our last two field trips were written up over the Christmas-New Year period and are now available. Click on the links to read about our October trip to Ollera creek and beach, and our November trip to Rollingstone.

Goodbye, Jane, and 30 years’ worth of thank-yous! It was a sad moment to say goodbye to our good friend and dedicated treasurer, Jane McLean, before her move to Brisbane. A small function was held in early January to celebrate her new “status” as an honorary life member of our Society and to express our gratitude for her unbroken record of over 30 years on our committee with nearly 25 of them as treasurer. Read more here. We were also sorry to lose the friendly and energetic Christine M, also heading south, who had been actively involved with the Branch since 2016. We wish them both the very best.

Wednesday 29th January: Movies that Matter: Chasing Coral is screening at the Heritage Hotel, Flinders Street East, one night only. If you have not seen this Netflix original movie on the fight to save the world’s coral reefs, here is your chance. You can book tickets here.

Sunday 23rd February: Our first field trip of the year.  We are currently discussing options for the trip destination and will make a decision closer to the date when we have a better idea of what the weather conditions are likely to be. We will let you know.

Good news on Mundy Creek: It’s good to know that the fiasco at Mundy Creek which we reported in October, has been resolved. Mundy Creek Landcare has received verbal and written  assurance that their Landcare site is safe from future harm! 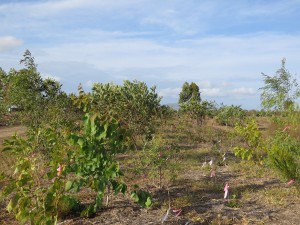 The group has been told there will be no further damage done to the western creek bank and reparations will be made to the damaged section of bank near the bridge. Council confirmed that the clearing was not legal and the developer has had to lodge a development application for the works in the creek/ drain.  Engineering plans are being altered to avoid damage to environmental assets but some marine plants will be lost when the creek-bed is enlarged to meet flood mitigation requirements.

Can we hope that some lessons have been learned by planners, engineers and developers about the folly of building on a flood plain?

Flying foxes: In November we expressed our concern to the Mayor and other Councillors regarding actions being taken against a maternity colony of flying-foxes in Dan Gleeson Gardens. A reply received five weeks later attempted to answer points we had raised and questions we had asked. However, this reply also raised yet more matters of concern and, in consultation with NQ Wildlife Care,  we have prepared a detailed response. Meanwhile, the large colony that established on the Douglas/Riverside Gardens bank, downstream from Black Weir has gone.

Pied Imperial Pigeon Counts: The 54th season of North Brook Island’s monitoring survey will wrap up in early February as the birds return to PNG for the “winter” months. The data from these counts provides insights into how these birds are faring, especially since the devastation of the Island’s vegetation (and the birds’ onshore food sources) by Cyclone Yasi in 2011. To date this year’s counts have recorded 13,804 birds (October), 21,083 (November) and 20,391 (December) – rather lower than last year’s peak of 23,124 and still well below the figures of over 30,000 recorded before Yasi. While the numbers recovered well in the years immediately following the cyclone, one wonders to what extent the prolonged drought, with its effect on fruiting trees, is preventing a return to pre-cyclone population levels. 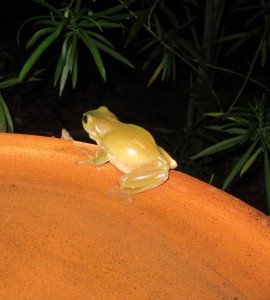 Last word: And while we still wait for rain (thunder rumbling in distance while I type this) make sure you keep those bird-baths clean and topped up. A recent bird-bath study concluded that, as well as providing  birds with a place to drink and bathe, bird-baths become places where birds socialise and engage in rivalries – and of course this makes for fascinating watching by humans.

And it won’t just be the birds that use your bird-baths – ants, butterflies, frogs and possums are among the creatures that come to mine – and, if your garden is free from roaming cats or dogs, a shallow dish on the ground will be welcomed by non-climbers and non-fliers.