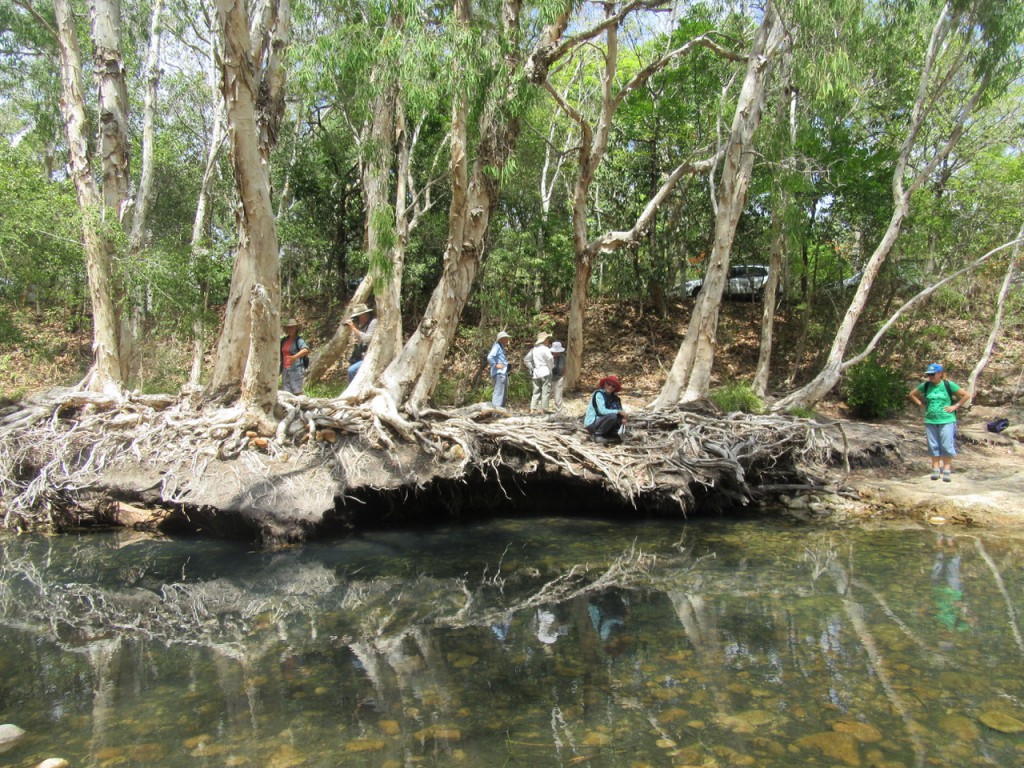 For our last trip of 2019 we met in the confusingly named Vincent Bushy Parker Park beside Rollingstone Creek just downstream from the highway, and watched some of the bird activity before heading off downstream, some on each bank and some wandering down the middle. 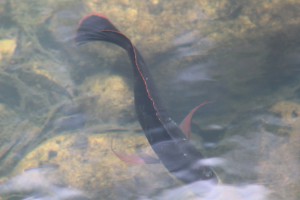 Fish-watching was added to the usual bird-watching and plant-noting options, though as fish expertise was lacking photos taken by Pam and Margaret were sent to freshwater specialist, Professor Emeritus Richard Pearson for elucidation. Imagine our shock when the sleek-looking, diamond-patterned specimens, with striking red trim along the dorsal fin and red-striped pectoral fins, turned out to be the introduced Tilapia. Oh no! I guess it would have been a fruitless exercise to have spent the rest of the day catching as many as possible. Apart from other considerations, these fish are mouth-brooders so any females carrying eggs would have released them into the stream on capture. Photos of other fish were not clear enough for identification; one at least was likely a jungle perch. The long-necked turtles Chelodina sp which were common in the creek twenty years ago haven’t been seen for many years, the causes of their disappearance unknown.

The creek was reduced to a series of fairly shallow pools just like it was on the trip two years ago. On the water were the flowers of the familiar waterlily, Nymphaea violacea, along with Nymphoides indica (common name, water snowflake) and a pretty yellow flower, whose stems created a densely-woven mat on the surface. This was later identified as Utricularia sp., one of many carnivorous bladderworts. 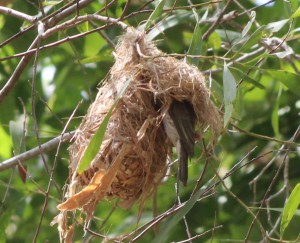 It is not unusual to see the water level so low at this time of year, but the small Phyllanthus sp growing in the sand beside the main stream bed were all wilting, unlike last time when they looked happier. The seedling Bursaria growing among them looked to be coping better. It will be interesting to see if the composition of plant species changes as average temperatures continue to rise.  On the previous trip there were several brown-backed honeyeaters’ nests on the banks, both occupied and under construction; this time only one was seen. 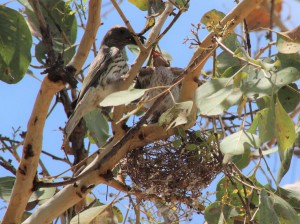 After people had explored enough, there was lunch in the shade in the park where birds could be watched in comfort. Several nests could be seen from the shelter. One nest had a snake-skin decoration complementing the basic grassy theme. A young figbird caused some anxiety standing on the edge of its shade-less nest, looking hot and alone for quite some time, but eventually the mother arrived and fed it, to the relief of humans and chick.

After lunch, some headed back to town and a few others wandered upstream, where the vegetation is thicker, to check out some trees remembered from the earlier trip. Back in the park it was much quieter, many families and dogs having left, and then we saw the Emerald Dove which apparently is a resident of the area having been seen in the park a few times before. It was looked for earlier, but sensibly chooses less busy times to appear. Special thanks to Pam for her many photos (wish we could have used them all) and Richard for fish de-mystification (try saying that quickly). 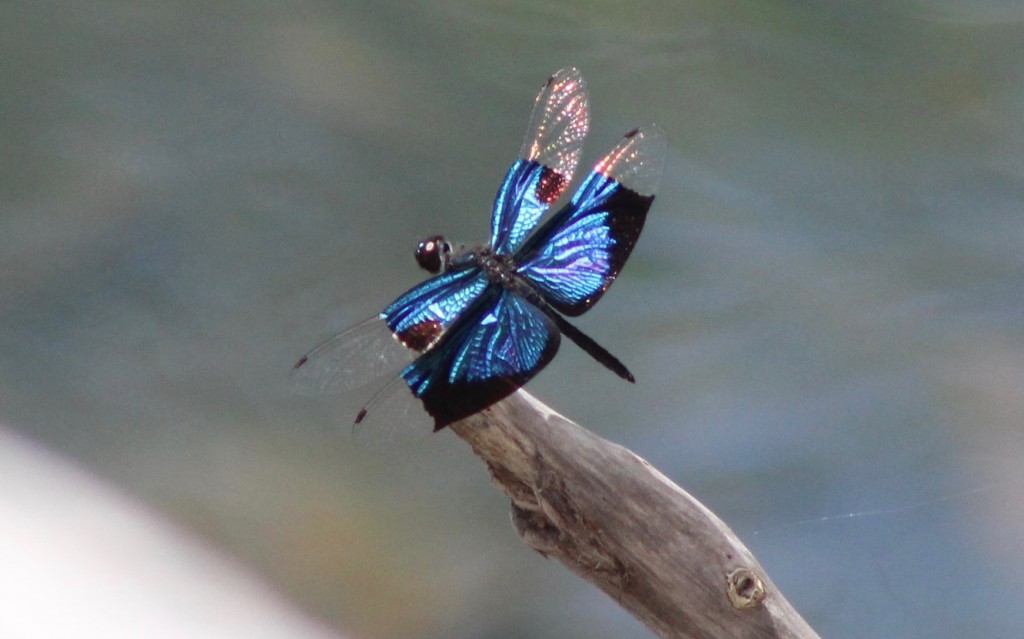 … and not forgetting the invertebrates! The jewel flutterer, Rhyothemis resplendens. Photo Pam Cocks.