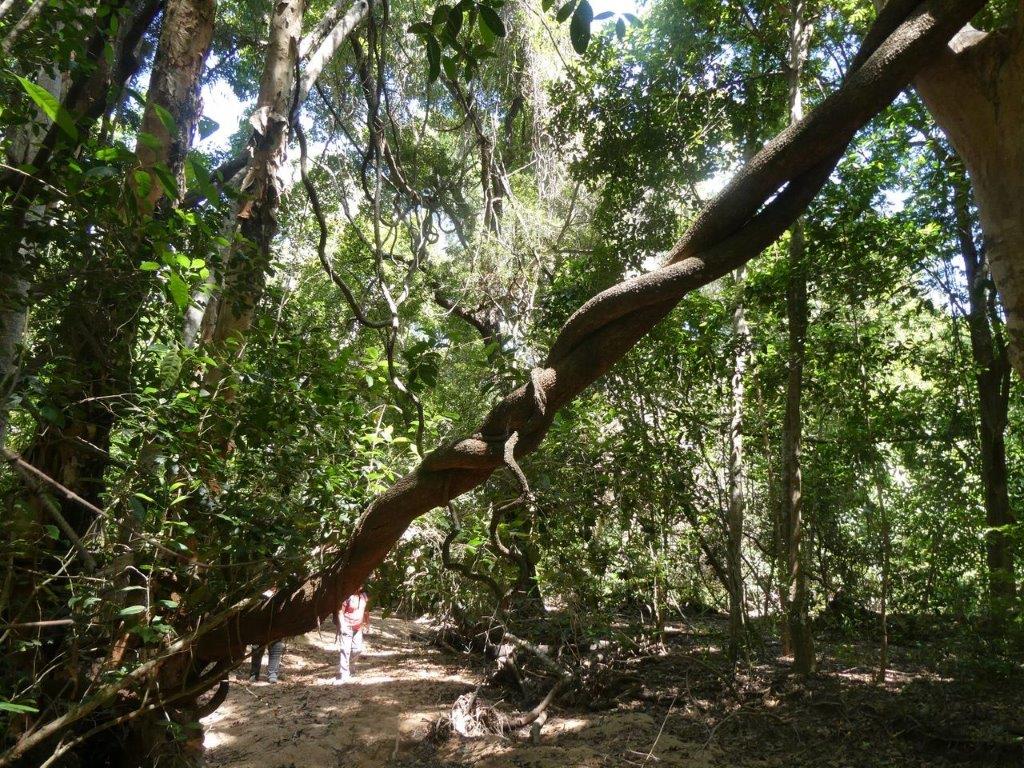 This was a last minute change of destination for 16 people as the section of Alligator Creek we planned to walk down still had too much water flowing. Whichever storms had filled the Alligator Creek catchment in the preceding weeks had missed this creek just to the south. The bed was almost totally dry sand like last time in September 2020, and the guinea grass growing in the bed just beside the road showed no signs of recent submergence or flattening. The wet season around Townsville had been patchy despite the predictions of above average rain from La Nina, predictions which were devastatingly accurate for many other parts of the east coast. 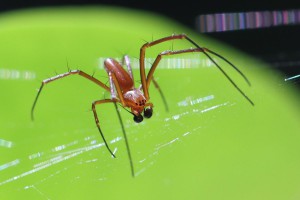 As we turned off the highway onto the AIMS road, it was nearly high tide and water covered most of the salt pan. There were not a lot of birds there: three sizes of egret, small, intermediate and great, a pelican, and a whistling kite overhead. As we started heading down the creek, there was no sign of the sunbirds’ nest or birds where we had seen them last time in the large Melaleuca leucadendra.

A little further along, some distance from the creek, a red-winged parrot sat on the top of a dead tree. This was the only clear sighting of a bird the whole morning. Various birds were heard, some even close to us, but none seen in the dense vegetation that lines both banks. These included spangled drongos, yellow-spotted honeyeaters, rainbow bee-eaters and red-tailed black cockatoos. 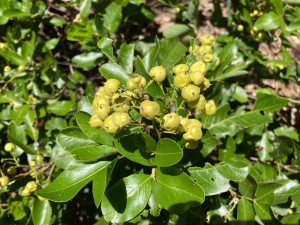 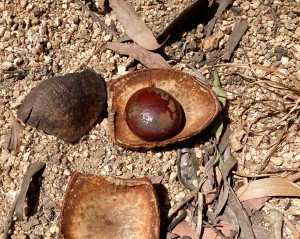 Unsurprisingly, the same trees and vines were present: the old gnarled Melaleucas, the huge sprawling Hibiscus tiliaceous, the Entada rheedii (matchbox bean) and burny bean (Macuna gigantea) vines. This time we did not see the unprepossessing but rare Corchorus hygrophilus (native jute), though plant lovers looked for it.  Some Millettia pinnata had pods on despite having large numbers of small galls and looking so sickly last time, and the Livistona decora palms had masses of fruit. 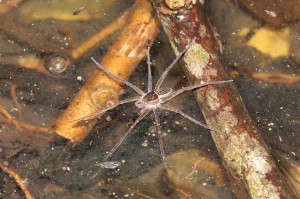 An overhanging tree held the nest of a paper wasp (Polistes sp.) still under construction. It was noticed by the person who walked into it and was stung a few times and then pointed out to the rest of us. It’s a shame to reduce Malcolm’s photo to fit this blog, though you should be able to see the wasp has building material in its mouth and a tiny fly sitting on its abdomen. There is also the end of an egg visible in an uncapped cell of the nest. 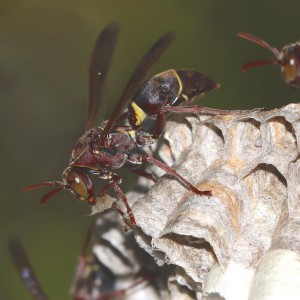 Spiders and a katydid were the only other wildlife noticed. A fishing spider Dolomedes facetus waited for prey in a puddle closer to the mangroves. A small male golden orb weaver Nephila pilipes was spotted alone and not close to any of the big beautiful females seen along the banks.