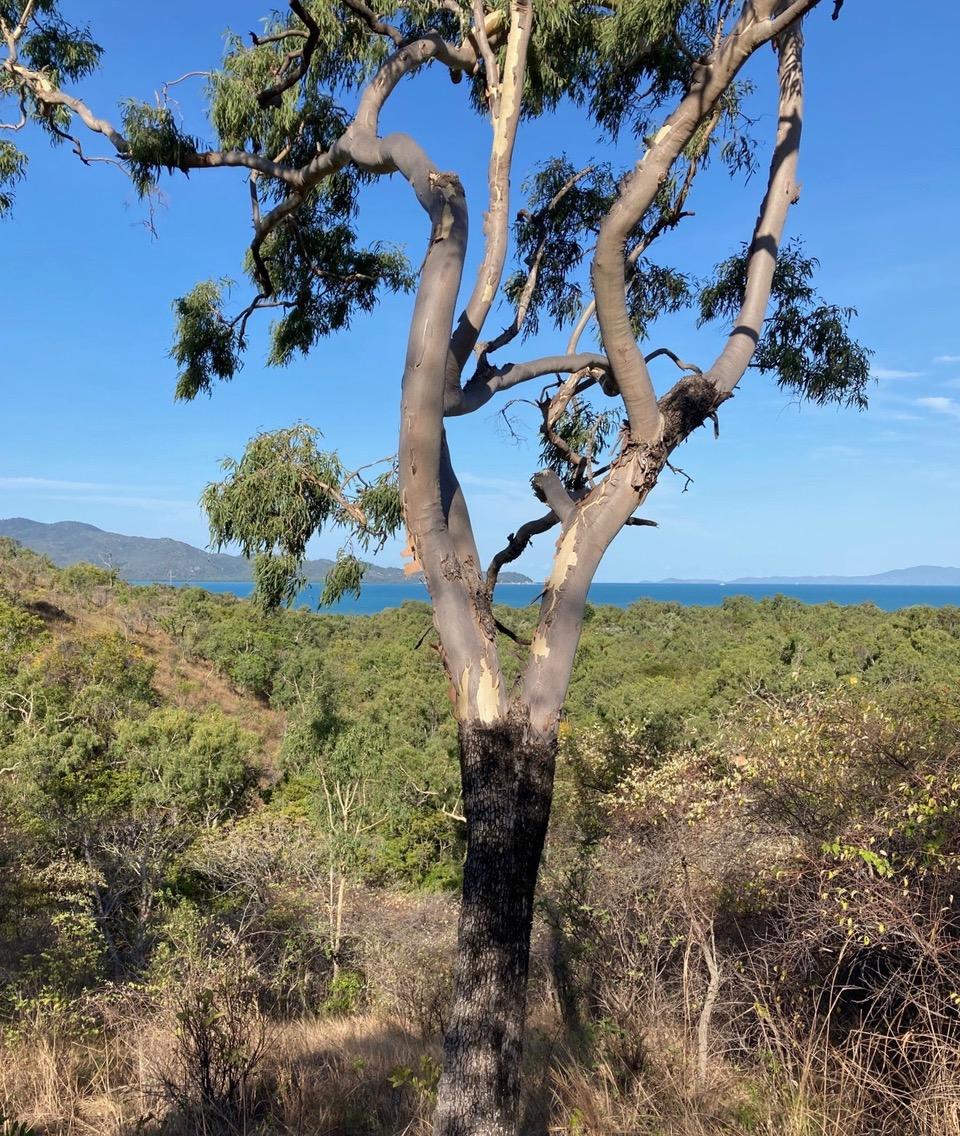 It could be called the carpark circuit as it starts from the north end of the carpark and the graves are close to the south end, but you get there in roundabout fashion by an easy 2 km walk through the low hills behind the old quarantine station at Pallarenda. The graves are those of 13 Vietnamese people who arrived sick on a boat in 1920 and were quarantined here and died of meningitis. Details of the quarantine station’s history can be found on the DES Heritage Register. 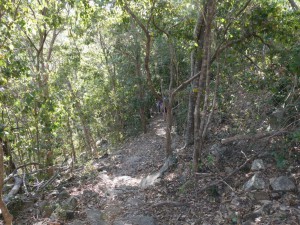 We had decided on an afternoon walk hoping for slightly cooler conditions and the afternoon sea breeze, and it turned out there were more areas of shade than sunny parts of the track, which made for pleasant walking despite the uphill bits. Two crows sat on a pole near the start. There may be some symbolism attached to the presence of two crows, as they have been burdened with much silly human superstition over the centuries, but we were oblivious of anything augured, and none of us died unnoticed and were eaten by crows as in the Twa Corbies poem, so another safe walk. A little further along two zebra finches landed on the path ahead of us and stayed briefly while being admired, then two peaceful doves that no one remarked on. If there’s ever a competition for Bird often seen but completely ignored of the Year, peaceful dove will win. Being small and grey, they go about their lives without regularly facing huge camera lenses or creating any excitement among bird watchers. 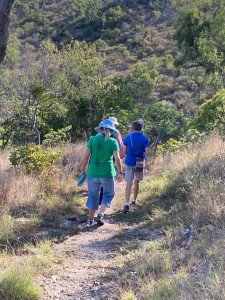 We were a bit late to enjoy the sight of hills dotted with the yellow of kapok tree flowers. Only a few shrivelled flowers remained on almost leafless trees with green fruit. The lack of leaves made it easy to see a green tree snake when it moved out of a chinee apple bush beside the track into an adjoining kapok tree. 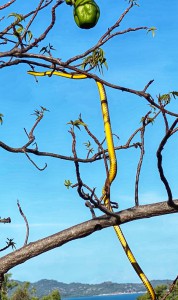 It was disturbed by the sight of so many humans so close on two sides and headed up. We were leaving it in peace as it reached the top of the tree and was exposed to potential predators, so hopefully it came down safely and was able to continue its life of preying on others.

There weren’t a lot of birds around, though blue-winged kookaburras and mistletoe birds were heard, and red-backed wrens and grey and rufous fantails were glimpsed in the lowland acacias. 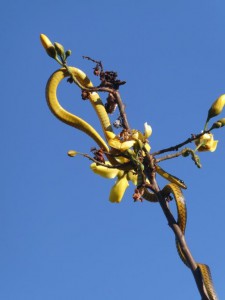 Areas close to the graves had been cleared, we assumed of Leucaena which was present nearby, and dead vegetation piled into large mounds prior to burning. Leucaena is yet another gift of the cattle industry to Queensland’s weed problem. It is a prolific seed producer and its seeds and light pods are easily dispersed. Its capacity for clogging waterways means it is treated as an environmental pest in most states and many other parts of the world, but it is still being planted and used as cattle fodder, and industry researchers are still trying to develop seedless varieties. Townsville has many patches of dense Leucaena surviving, though periodically small areas are herbicided out of existence.

Thanks to Ishara, Liz and Margaret for the photos.