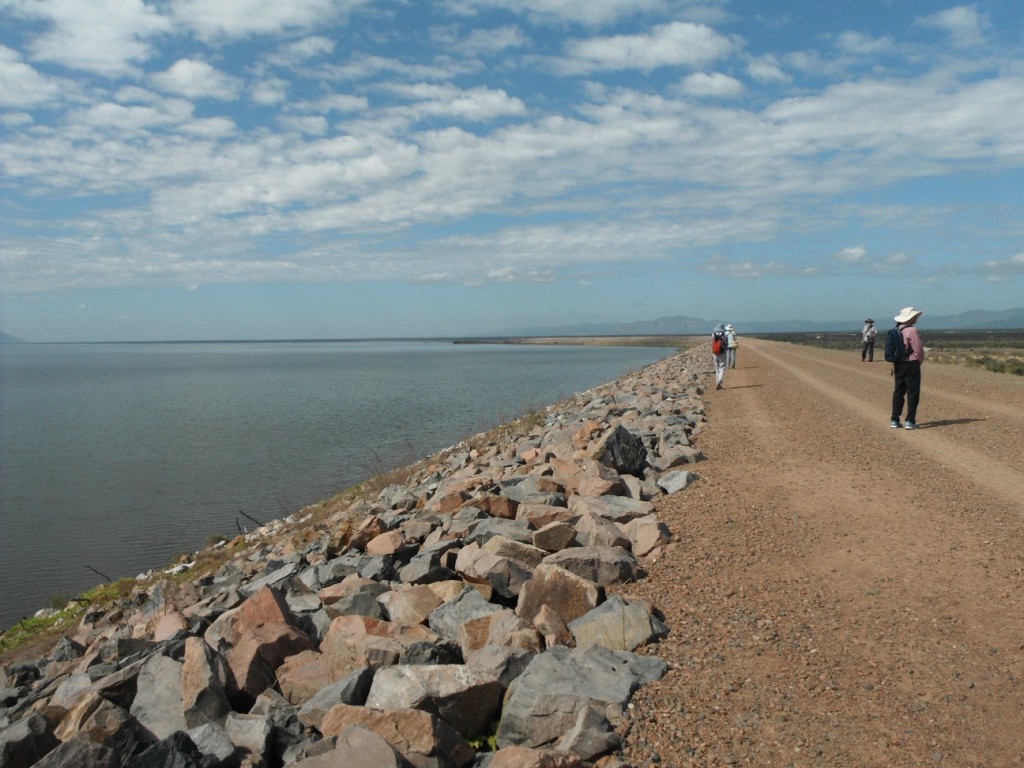 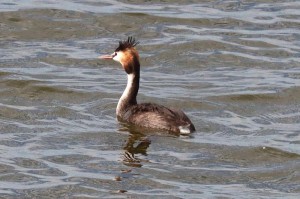 Only six people turned up to walk along the wall along Ross dam. A fair number of bird species were added to the list (below) as we gathered in the car park where noisy friarbirds and both black and white cockatoos dominated the soundscape. When we walked to the top of the wall and looked over that large area of water, it was disappointing to see so few birds on it, but the first bird to pop up right in front of us was a great-crested grebe. (This is a bird that deserves to be Bird of the Year, for its courtship displays and because it is happy to provide its own crown, but the votes always favour land birds.)

Dotted around there were small numbers of little pied cormorants, some fishing and some perched on small branches poking above the water near the wall, and a pelican and a male darter off in the distance. As we continued along the wall, we spotted down by the water’s edge among the washed up dead trees and branches a few rock wallabies resting. Several turtles were using semi-submerged rocks and logs to bask on. 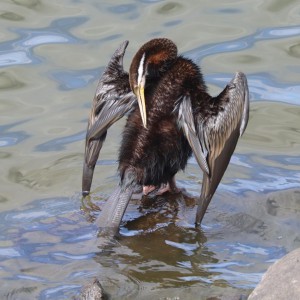 A solitary caspian tern flew over us. Further along there was a dead pelican on the rocks. It appeared intact and freshly dead though no one crawled down the rocks for further investigation. Four whistling kites were circling high above the wall and passed over the pelican but showed no interest in it. It was getting hot with no shade and no fresh avian action to divert us, so we turned back. At the edge of the carpark was a fruiting sandpaper fig and a bowerbird eating the ripe figs. His bower was only a few metres away and contained both traditional decorations, mainly terrestrial snail shells, and manmade rubbish. 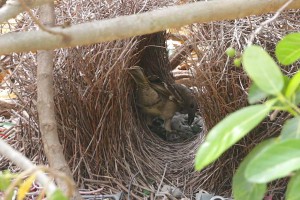 We moved to the Borrow Pits for morning tea. These were formed by excavating the area for material to form the dam wall, and they hold water in the wet season, but were almost dry now. Most of the birds working the remaining damp area were ibis, both straw-necked and white. There were also two white-necked herons who eventually met up and flew off together, a white-faced heron and an intermediate egret. The surrounding bush contained a few more birds we hadn’t encountered at the dam car park.

It would be good to return to the dam when it is much drier everywhere else and more birds congregate on it. 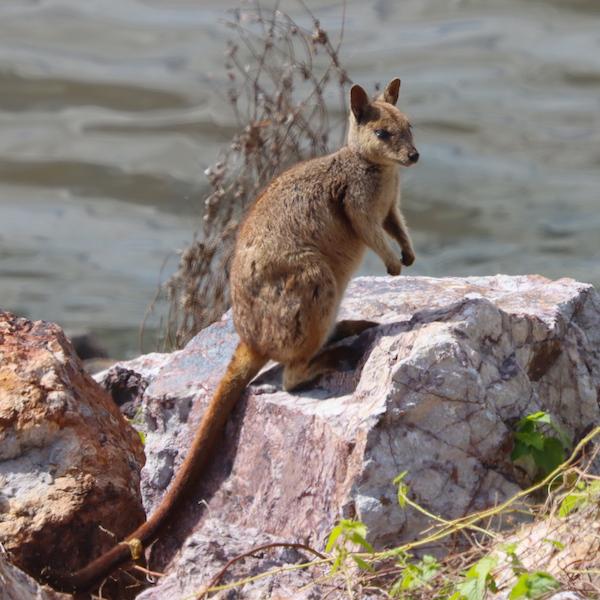 Thank you to Malcolm for photos. More of his photos can be found in his Green Path blog at https://malcolmtattersall.com.au/wp/2021/08/ross-dam-birdlife/