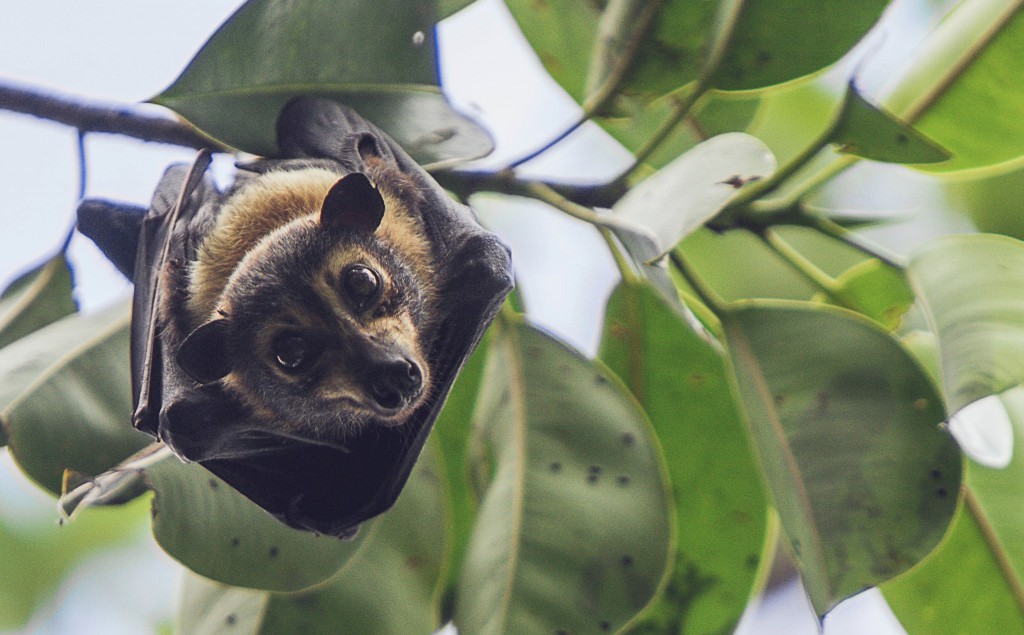 “Flying-foxes are intelligent and remarkable. These unique animals help regenerate our forests and keep ecosystems healthy through pollination and seed dispersal. They are a migratory and nomadic keystone species: meaning a species that many other plants and animals rely on for their survival and well-being. Flying-foxes like bees, help drive biodiversity and faced with the threat of climate change, land-clearing and other human caused ecological pressures, we need them more than ever.”  (From: Flying-fox roost management reform for Queensland, CAFNEC and EDO* October 2013.)

Wednesday 13th October saw the release of this landmark report highlighting the impacts of the Queensland Government’s Flying Fox Roost Management laws. In a related media release Wildlife Queensland’s Policies and Campaigns Manager, Des Boyland, commented that despite two of our four species of flying-fox being classed as threatened species, current laws allow for potentially harmful dispersals and disruptions to roosts with no environmental assessments at all. Further comments from the WQ media release follow.

Strongly supporting the Report, Des went on to say, ‘Along with the insights on roost management, this carefully researched report provides a clear direction of how to correct the current flying fox management strategies to arrest the decline in flying fox populations. It also addresses various misunderstandings and misconceptions that have posed barriers to coexistence over time.

In union with First Nations peoples, conservation and animal rights groups and land managers across Queensland, Wildlife Queensland calls for the Queensland Government to implement a new framework for roost management and to have it operational by December 2022.

The report provides key recommendations to the State Government to establish a modern framework while demonstrating the impact of the laws on the spectacled flying fox (Pteropus conspicillatus) – a species already on an extinction pathway, with current laws increasing stressors, rather than aiding its recovery.

The essential role flying foxes play in ensuring biodiversity and regeneration of our forests cannot be overstressed. UNESCO sites, such as the Wet Tropics World Heritage Area and Gondwana Rainforest Reserves, rely on flying foxes for pollination and dispersal services.

Des commented that ‘It could be construed that the Palaszczuk Government’s recent Flying-Fox Roost Management – Local Government Grants Program indicates a level of concern for flying fox welfare. However, commitments given years ago have not been delivered upon. The State Government needs to do more. Repealing the local government authority to manage roosts and stopping the issuance of Damage Mitigation Permits would be a step in the right direction.’

As this landmark report was released, the Australian Government also released a proposal to axe 184 recovery plans from the federal legislature, abolishing any requirement to recover populations of threatened species and effectively walking away from their legal responsibilities to prevent extinction and biodiversity loss. Among those scrapped is the Recovery Plan for the Spectacled Flying Fox, despite it being an Endangered species and a keystone pollinator and seed disperser for the Wet Tropics World Heritage Area.

The Society calls for the Australian Government to keep all recovery plans and to properly fund the recovery of threatened species to reverse the current extinction trend.’

* The full report was compiled by the Environmental Defenders Office and Cairns & Far North Environment Centre. Please click on the link to read.

Comments in the above post are from the Media Release issued by WPSQ Policies and Campaign Manager, Des Boyland.