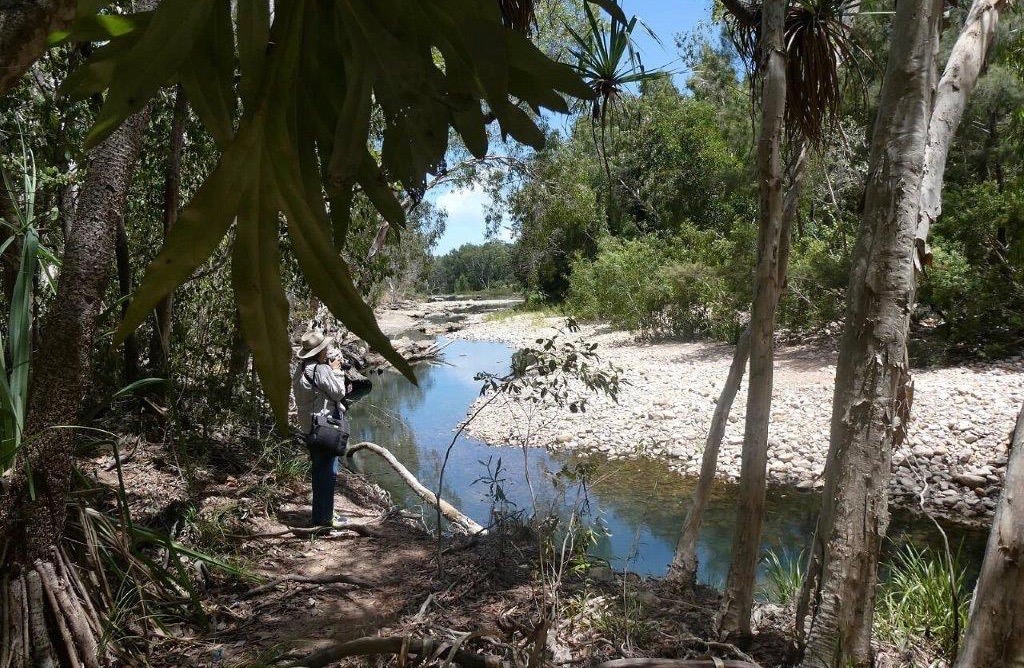 As with the previous couple of trips, we were looking for shade, water and hopefully birds. Although we had visited Rollingstone in November 2019, we thought it would still be a worth another look to note any changes. 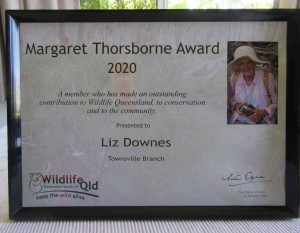 A small ‘unceremonious’ ceremony took place while we were still at the meeting place in the park. As you may know, our vice president Liz had been awarded the 2020 Margaret Thorsborne Awardr, for an outstanding contribution by a Wildlife Queensland member.

The award had been made at the Society’s AGM in Brisbane in September with the certificate sent by mail, but Head Office having asked for a photo of the award being presented, Ishira duly took the photo without ceremony while we milled about in the picnic area before starting our walk, you may have seen it in a recent newsletter. The certificate being rather prettier than either of us, with a photo of a smiling Margaret Thorsborne against a background of coastal vegetation, we’ve include a photo of that here. (A week later Liz was named the 2020 Queensland Volunteer of the Year – read more our latest Branch update.)

It seemed very little at Rollingstone had changed. The creek was reduced to a few pools. The introduced Tilapia looked as fat and healthy as last year, with several males showing the brilliant red ruffle along their dorsal fins. There were several small unidentified native fish still surviving as well. There didn’t seem to be as many brown-backed honeyeaters nesting along the creek as last time, or as many birds in the picnic area, though about fifteen figbirds flew off when we first arrived and weren’t seen after. 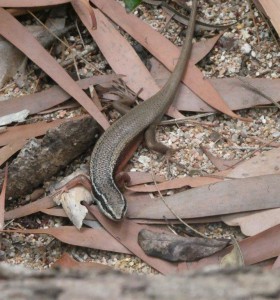 People scattered to various parts of the creek bed and banks, depending on individual interests. The only bird seen was an azure kingfisher which promptly flew off thwarting photographers, but Margaret photographed a couple of different skinks. The carnivorous bladderworts (Utricularia sp) noted last year were in flower again, their delicate yellow heads in constant motion from even the slightest breeze, making them hard to photograph.

After a while the lure of tea and food back at the picnic area had everyone drifting in that direction. The question we asked after October’s trip (“Are we getting soft?”) can probably be answered yes, but that’s related to high temperature and high humidity. We’ll see what happens in autumn 2021.

To compare this outing with last year’s at the same time, follow this link. Thanks to Margaret for her photographs. 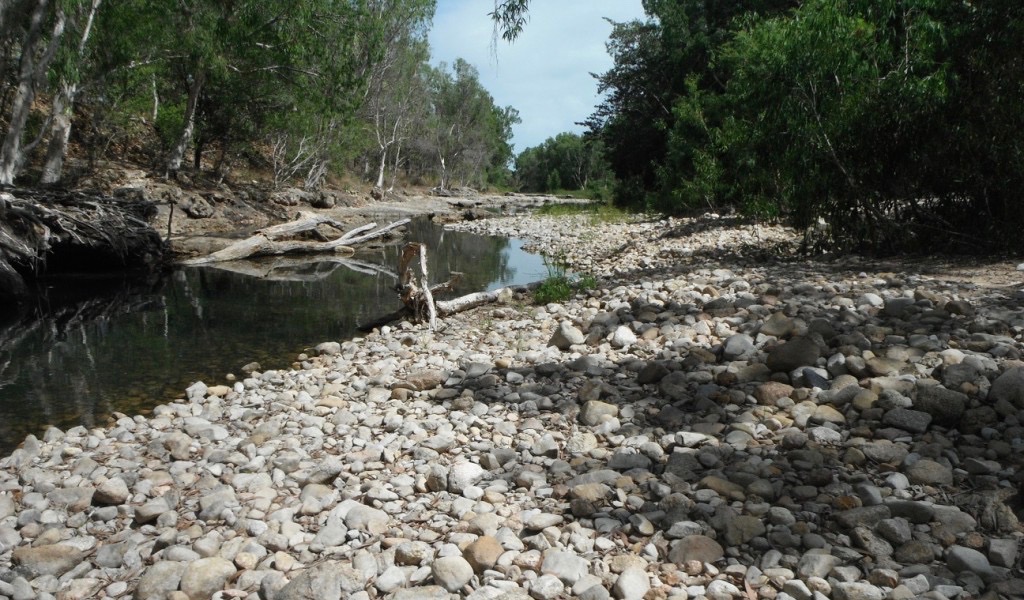 Stones pause on their slow journey to the sea. Photo Margaret Flecker.