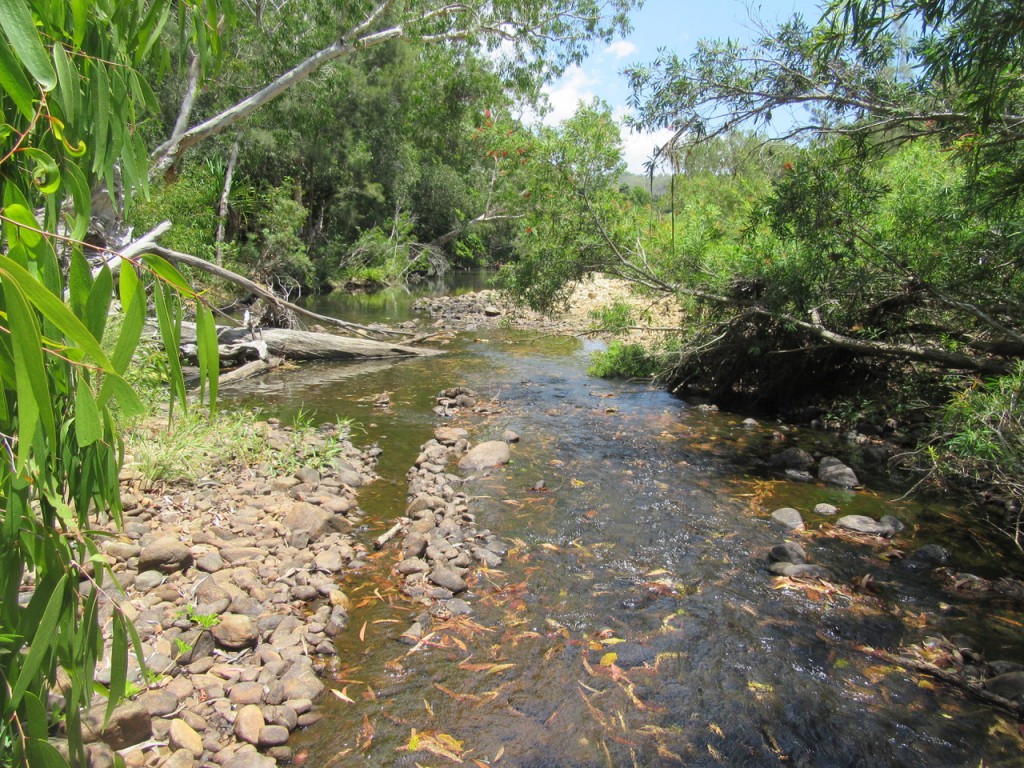 We have previously visited other areas of Crystal Creek at higher altitudes and at the mouth, but this was the first time we’d gone just upstream of the bridge on the highway. We have no plans to check out just downstream of the bridge as it is tidal, and even if there are no crocodiles resident, it looks like there should be. Of course there’s nothing stopping crocs moving upstream into fresh water, but as there was very little water and no sign of fish, there’d be little incentive. 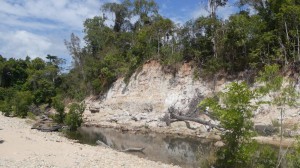 Birds were very vocal and active in the trees along the banks. It was the last day of the Backyard Bird Count, so in two 20 minute sessions as we walked downstream the different species were counted and later submitted as group observations. In the creek bed Melaleuca leucadendra and Melaleuca viminalis were growing, but further back on the banks, especially on the northern side, the vegetation was dense and diverse with milky pine (Alstonia scholaris), large Acacia mangium, Leichhardt trees and very tall palms, among a host of unidentified trees. 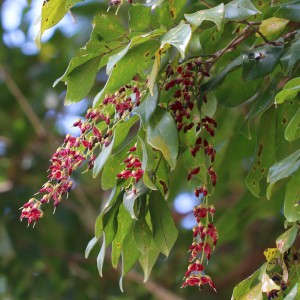 A flowering vine, Austrosteenisia blackii (blood vine, named because of red exudate) was found growing over a large lush Carallia brachiata. This time there was no sign that mandibles had been near the Carallia leaves and there were no Four o’clock moth caterpillars, unlike on the previous three outings.

We eventually wandered back to the shade near the cars for morning tea and chats before deciding to check out upstream. There was still some water in what is a lovely swimming hole when it’s deeper, but no one was desperate enough to wallow in it. 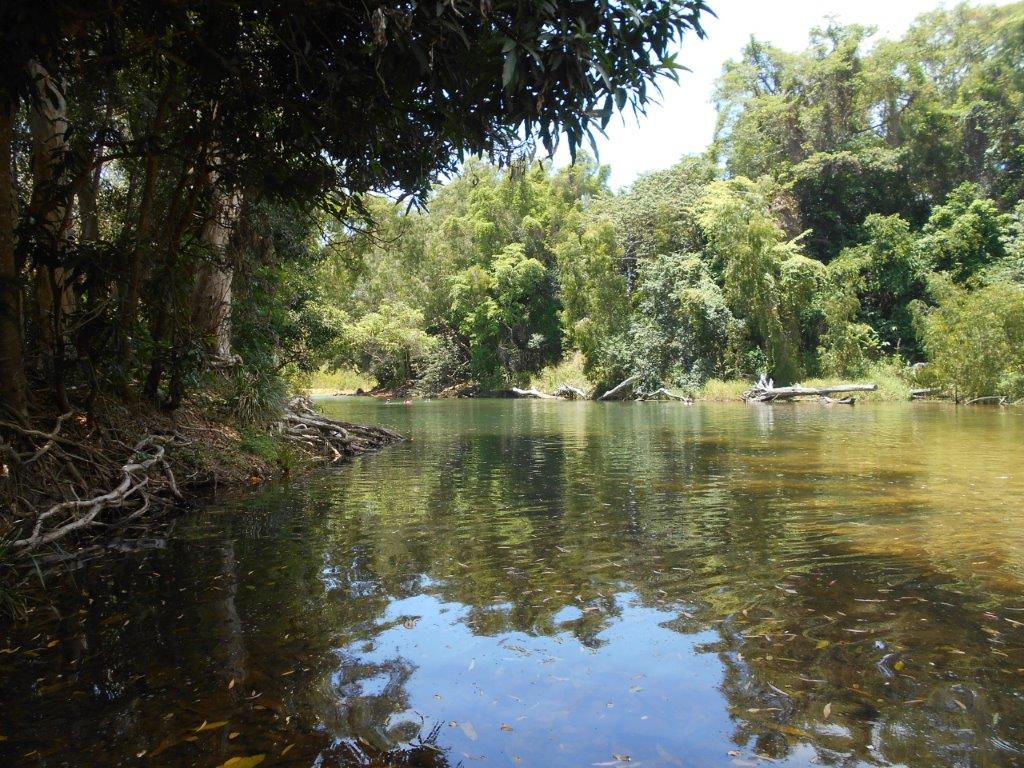 Above average temperature and little shade discouraged further exploration. Are we getting soft?