The following media release was issued yesterday by Daryl Dickson from the Cassowary Coast/Hinchinbrook Branch of Wildlife Queensland. The project it describes has not only been answering questions about the value of wildlife crossings but is also a great example of what can be achieved through co-operation with other organisations and individuals like Terrain (the northern equivalent of our NQ Dry Tropics), Ergon Energy, Girringun rangers, farmers, school students and others. Photos are all provided courtesy of Daryl Dickson.

Wildlife Crossings – do they really work?

In many places across Australia and around the world people are asking the same question – Do wildlife crossings really work or are they a waste of money? It is an important question, with limited money available to assist native wildlife it is very important that the dollars that we spend are well spent on projects that will really work.

In the far north tropics we have been working on installing glider poles – tall poles on either side of the gaps created by roads and highways. The poles mimic the height of trees that would have provided a safe launch and landing platform for the endangered mahogany glider. 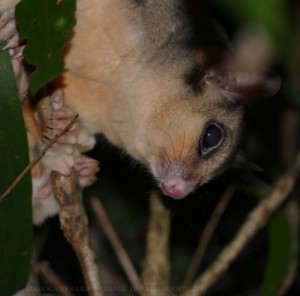 The mahogany glider (Petaurus gracilis) is listed as endangered and is one of Australia’s most endangered mammals, only 1500-2000 animals are estimated to remain in the wild. Mahogany gliders are only found in a narrow strip of tropical coastal Eucalypt and Melaleuca woodland from Hull River near Tully south to Ollera Creek (approximately 40 km south of Ingham), in North Queensland. Mahogany Gliders do not live in rainforest and have not been found above 120m elevation.

One of the major threatening processes for this species is the fragmentation of its remaining habitat and part of this fragmentation is caused by roads, highways, powerlines and railways. Glide poles really can assist gliders in safely crossing these gaps. 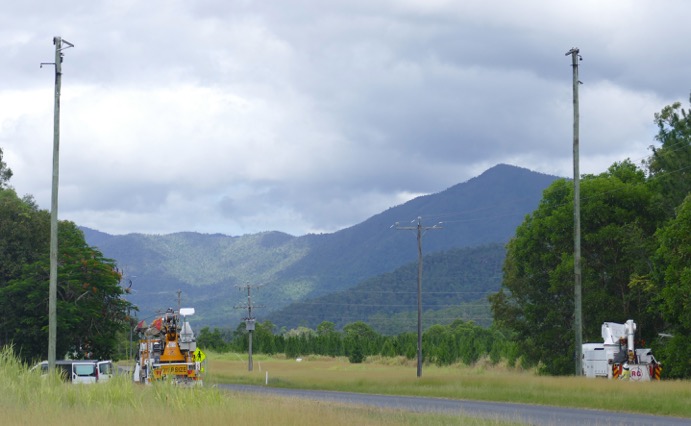 Wildlife Queensland, with assistance from Ergon Energy and funded by public donations has installed glider poles on Kennedy Creek Road at Kennedy. The first two 22m high poles were installed in mid-November 2016. Remote cameras on top of these poles monitor movement, and use the 3G mobile network to download images to a base managed by volunteers. Kennedy State School students have also taken part in the project. 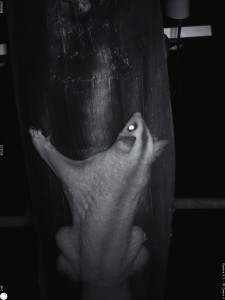 Volunteers have been amazed at how quickly the gliders appeared on the crossing and thrilled to see them using the crossing on a regular basis. A second smaller crossing was installed on HQ plantation over Christmas 2017, again with the great assistance of the Ergon Energy Tully crew. This crossing is within a second project funded by a 3 year, Qld government “Everyone’s Environment” grant that has funded the restoration of the Bairds Creek- Glenbora Mahogany Glider Corridor to link the Kennedy Creek pole crossing and Whitfield Creek to habitat to the south. Images just in show Mahogany Gliders were on the new crossing on Jan 29th 2018 only one month after installation – an amazing result!

None of these local projects could be completed without the help of dedicated volunteers, donations and partnerships between local communities, graziers, Wildlife Qld, Girringun Rangers, HQ plantations, CCRC, Terrain, DMR and Energy QLD. It is also good to recognise that these projects assist our communities by providing contract employment to locals and where at all possible project materials are purchased locally.

The answer is YES!  – wildlife crossings do work and around Australia images are now available to show that both rope bridges and glider poles can assist in the movement of some of Australia’s most endangered animals.