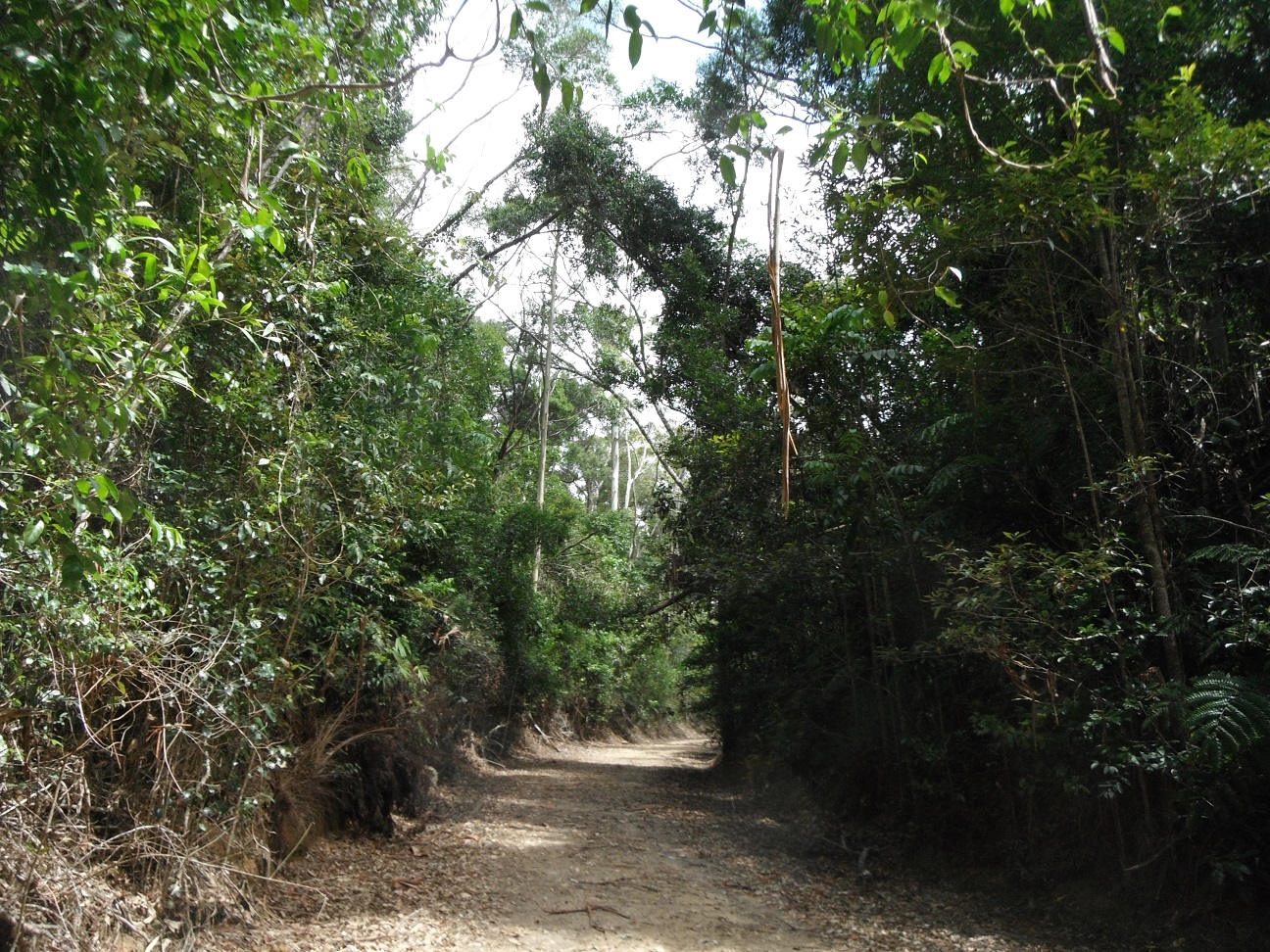 Along the track. Photo WQ Townsville

Third time lucky, this time the dam road was not closed nor was it pouring rain like the other times we planned this walk in the last few months. It was perfect weather to go across the dam wall and wander along the track at the western end of the dam. It’s a shady easy walk through rainforest with the option of having a major trek around the dam or turning back after several kilometres. We had decided on the easier option. 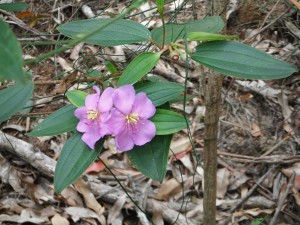 On the gravel road to the dam, one car had to stop so someone could remove a basking dragon who was likely to become personally extinct if it stayed in the path of traffic. It was completely uncooperative when nudged a few times before suddenly coming to life and rushing off the road. The rescuers weren’t sure of its identity but on another trip to the dam a Boyd’s Forest Dragon Hypsilurus boydii behaved in similar fashion when encouraged off the road, so that’s a reasonable guess. A few Chowchillas were seen dashing across the road. Where were the Brush Turkeys?

A Great Crested Grebe was swimming in the dam as we passed by. At least one seems to be present every time I’ve been there. As soon as we reached the trees on the far side, everyone halted at the loud repeated birdsong close by. Despite binoculars and long lenses on cameras, no one could see the bird even though it just sat calling within several metres of us. The humans gave up and moved on. It was wonderful just ambling along with forest on each side, surrounded by bird calls, but the birds themselves continued to stay hidden. We could definitely improve our knowledge of calls. It’s not very impressive to be able to identify Whipbird calls, and Victoria’s Riflebird, Lewin’s Honeyeater, Rainbow Lorikeet and the ubiquitous Sulphur-Crested Cockatoo didn’t require much expertise either. However ignorance of identity does not detract from the beauty of birdsong. 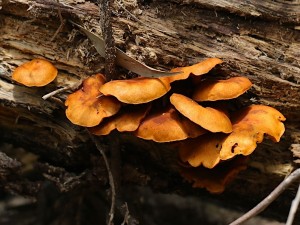 We walked to the junction of the track that leads to the northwestern corner of the dam ,where we sat on the road and ate lunch before going to check out the water’s edge. Melaleuca (previously Callistemon) viminalis were growing in and by the water and flowering. No more water birds were seen but with widespread rain in the previous month they’d have many water bodies to choose from.

Returning the way we had come and back to the car park, we settled at picnic tables for cuppas and cake kindly brought by Jane. Within minutes a Grey Shrike-Thrush arrived to stroll around the floor of the shelter. Just as we were packing up to leave a little bird was seen running along the water’s edge in front of us, a Black-fronted Dotterel. 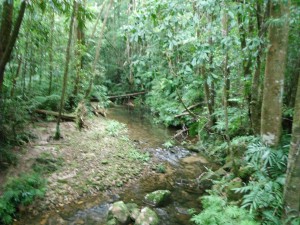 Platypus have been reported in Birthday Creek a few km from the dam, so we pulled over at the bridge and watched for only a short time so weren’t surprised we saw none, even if they were present. Birthday Creek Falls a little further on seems to have a resident Tooth-Billed Bowerbird. Some of us who’d camped at the dam on an outing several years earlier had arrived late to meet the rest of the group in Paluma because a Tooth-Billed Bowerbird had sat and called and distracted us when we’d made a quick visit to the falls on the way. A few people decided to call in having heard there’s still one easily seen in the same area, and weren’t disappointed. Would it be the same individual? Malcolm has a video of it singing here. A Grey-headed Robin was also seen but the Bowerbird upstaged it. Malcolm’s report of this outing featuring more invertebrates can be found here. 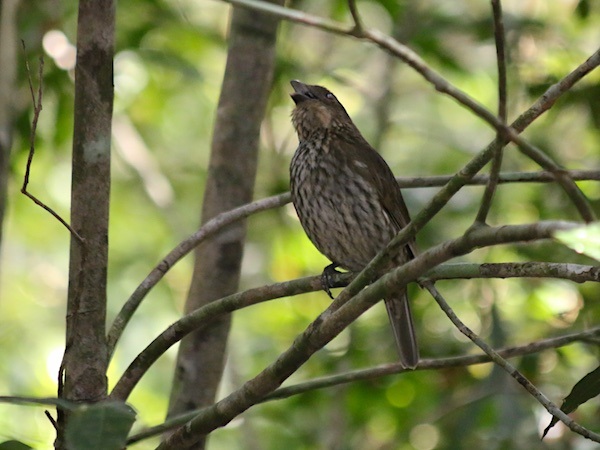