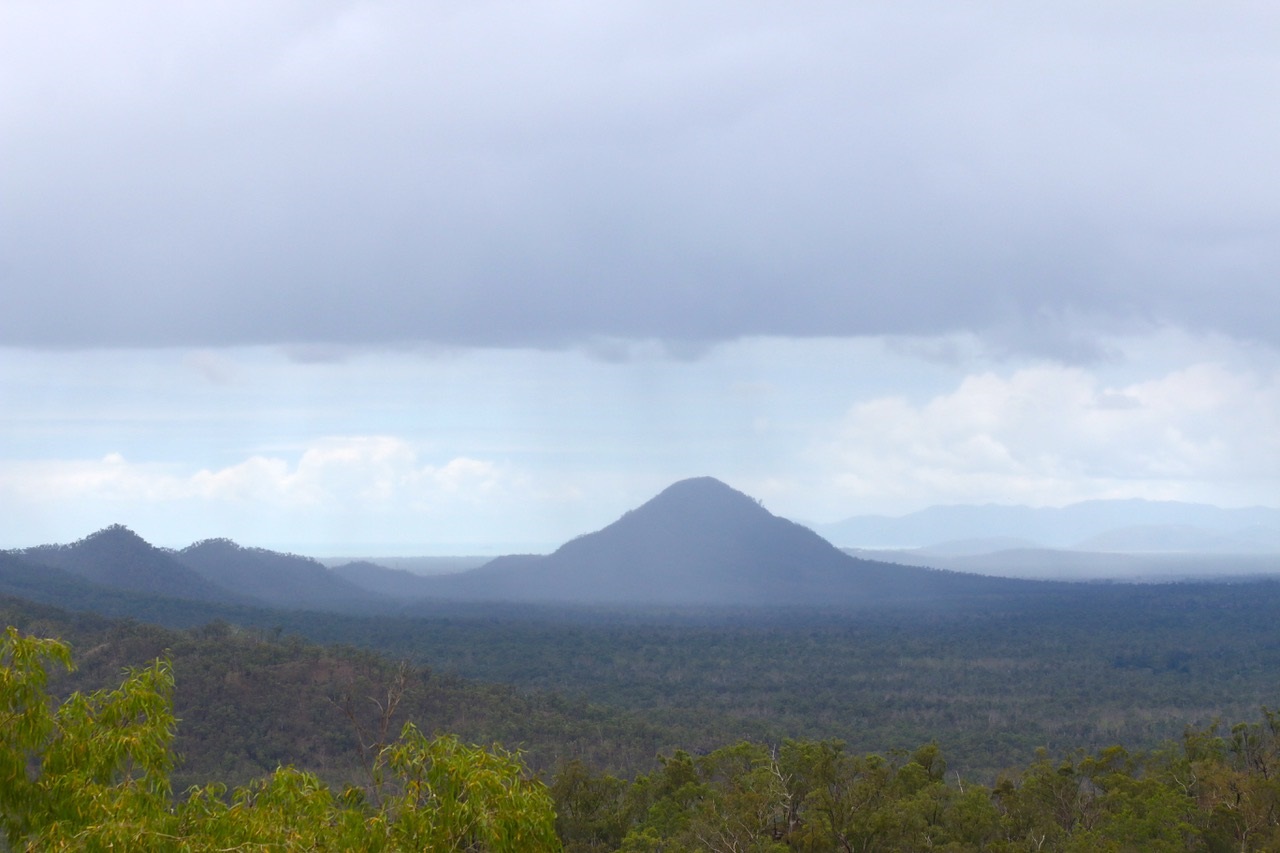 There was quite a turn-out for the Piper’s Lookout ramble in October. Perhaps everyone was keen to be out and about following the rains we’d enjoyed during the week. We headed off from the gravel ‘lay-by’ on the corner of Hervey’s Range Road down the rough track that was to form the basis of our wander. The track was originally part of the old stock route between Townsville and Charters Towers, although it reportedly took four days just to reach what are now Hervey’s Range tea rooms. 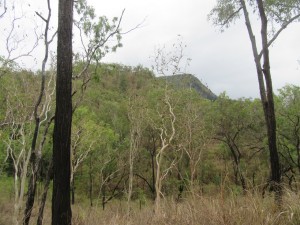 We set off through a grassy woodland with a mix of stringybarks, gums and ironbarks, with the odd Lophostemon thrown in for good measure. The mid-strata comprised tea trees and the occasional cocky apple (Planchonia careya), as well as a brown sandalwood wattle (Acacia aulacocarpa). Below the belly-buttons there was a medley of molasses grass, Guinea grass and stylo, all weeds, and quite a lot of flowering os seeding camel bush (Trichodesma zeylanicum). As we passed the odd gully we came upon a male Mallotus phillipensis (distinguished by its terminal stalks of rusty brown flowers), also Millettia pinnata, a deciduous legume that grows from the coast out as far as Charters Towers.

The first vantage point gave us a view down into a steep-edged but wide-open gully. On the far side of the gully were a group of balancing boulders similar to the outcrops on our own side (granodiorite or similar). A little farther down the track, we found  something vaguely resembling a potato orchid (15 cm of pink flowers perched atop a leafless, yellowy stem, later identified as Dipodium punctatum), on a steep, rocky and grassy slope. 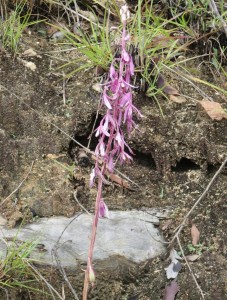 Continuing down along the stock route, we passed an outcrop with a firmly wedged Bursaria and stopped briefly at a small bundle of decomposed animal, which on later examination of photographs was identified as a Northern Brown Bandicoot.

Eventually we banked left, heading down towards the creek that Beth had kindly sussed out on a recce trip, aided by Google Earth. We eventually found a path to the creek which had boulders embedded in the bank, overhanging roots, and buttressed roots on display for our pleasure. No fish were spotted, but the pond skaters were active, and a fishing spider too. The gallery forest treated us to: a  cheese tree (Glochidion sp); a mango tree, hinting of the stock-route days; a couple of unusually tall casuarinas, one of which was dripping with pencil orchids suspended among a mix of scrappy epiphytes; and a native olive (with its dull purplish fruits). 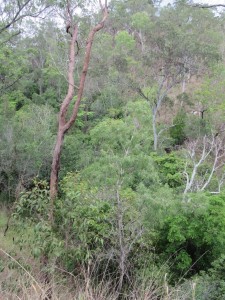 It took some work to find the source of some pinkish-red fruits on the creek bed. We eventually decided it was from the freshwater mangrove (Carallia brachiata) noting that it is also present at Jourama Falls and Rollingstone.

The bird highlight of the day was the noisy pitta, its flash of electric blue spotted by Christine, and confirmed by its call of ‘Walk to work‘.  We finished the outing with lunches and coffees at the Heritage Tea Rooms.

Thank you to Leonie Mynott for this report. 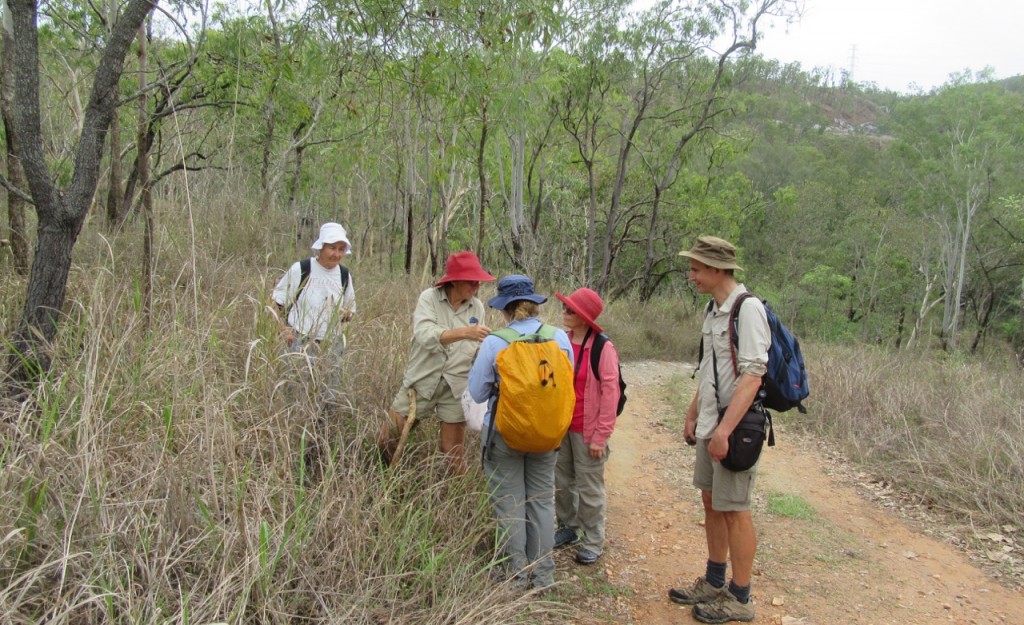