From time to time members send me photographs of their backyard wildlife and it seems a shame not to share them. So why not have a regular (or irregular) post on the blog to include some of these sightings? Here are a few to get the ball rolling. All photos used with permission. 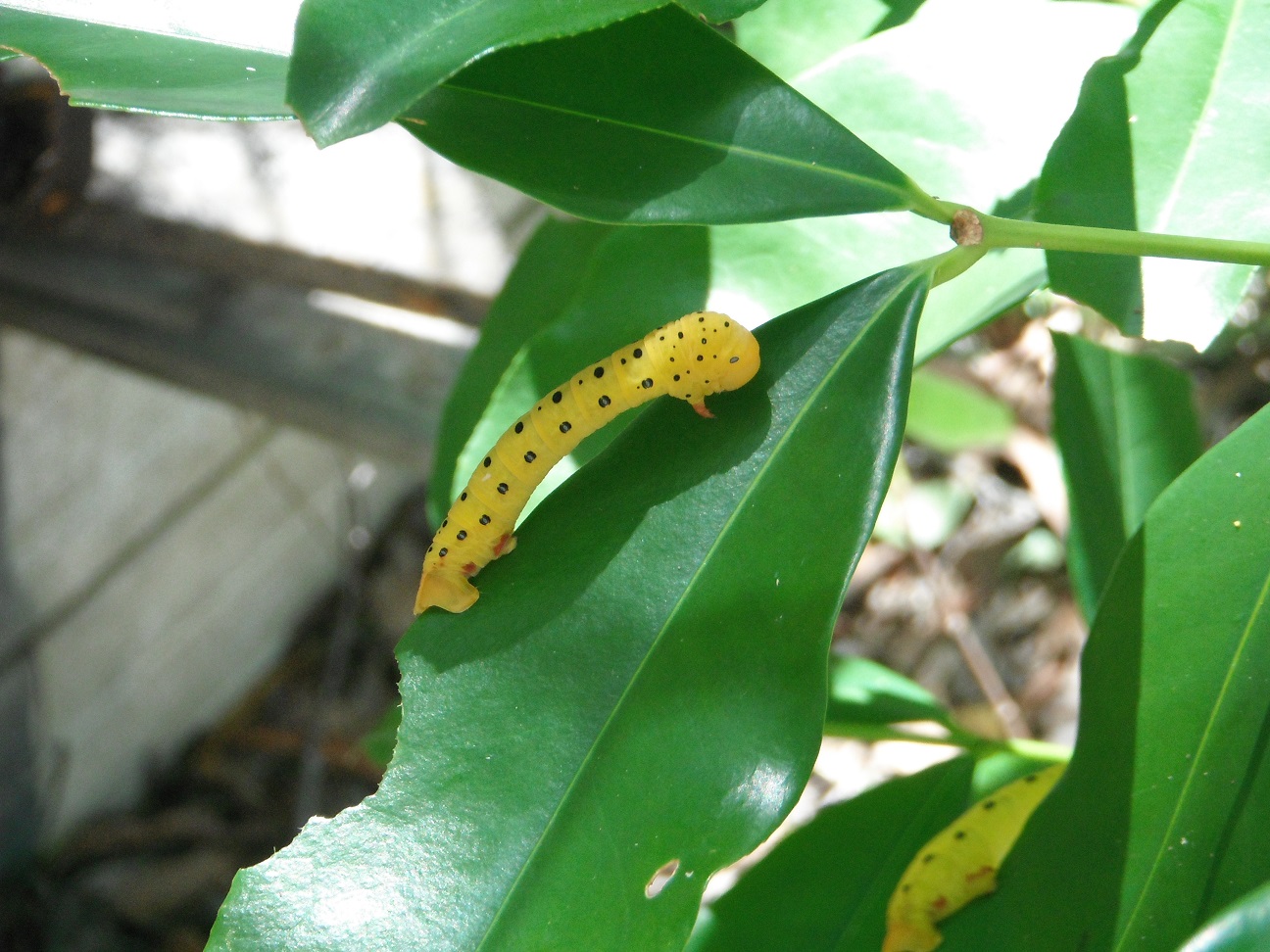 First up is the spectacular caterpillar of the Four o’clock moth (Dysphania numana, formerly D. fenestrata) feeding on the small rainforest tree Carallia brachiata, or freshwater mangrove, in a Balgal back yard. I have been unable to find a photo of the very beautiful moth which I can use without infringing copyright but there are many photos on the web which you can view. The moth’s common name comes from its habit of appearing in the late afternoon during the summer months. The striking yellow and black colours of the caterpillars, or “loopers”, presumably convey a warning to predators that they are bad to eat. Like some other loopers, when not eating they have a habit of gripping the leaf or twig with a pair of rear claspers while lifting the front part of their bodies clear of the plant, and can hold that position for quite some time. This may be an additional defence mechanism, making the caterpillar appear to be part of the plant. When ready to pupate the caterpillars spin a few threads of silk to create a folded leaf shelter. 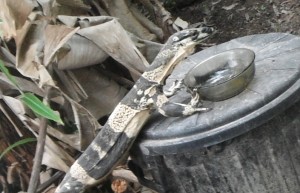 Lace monitor drops in for lunch.

In the same back yard this handsome goanna dropped by for “lunch” before scaling a tree, perhaps for a post-prandial nap. The broad cream bands across the darker grey body indicate that it is the Bell’s phase of a lace monitor (Varanus varius). Lace monitors are found from Cape York to the south-east of South Australia, and are the second largest of Australian monitors, after the perentie. The Bell’s colour phase is said to occur in drier habitats, though apparently both the Bell’s and standard colour forms can emerge from the same clutch of eggs. According to Cogger (Reptiles & amphibians of Australia) the Bell’s colouring is outgrown by adulthood in most populations. Does anyone know if this is the case in our region? This one is still quite a youngster and very good-looking indeed! 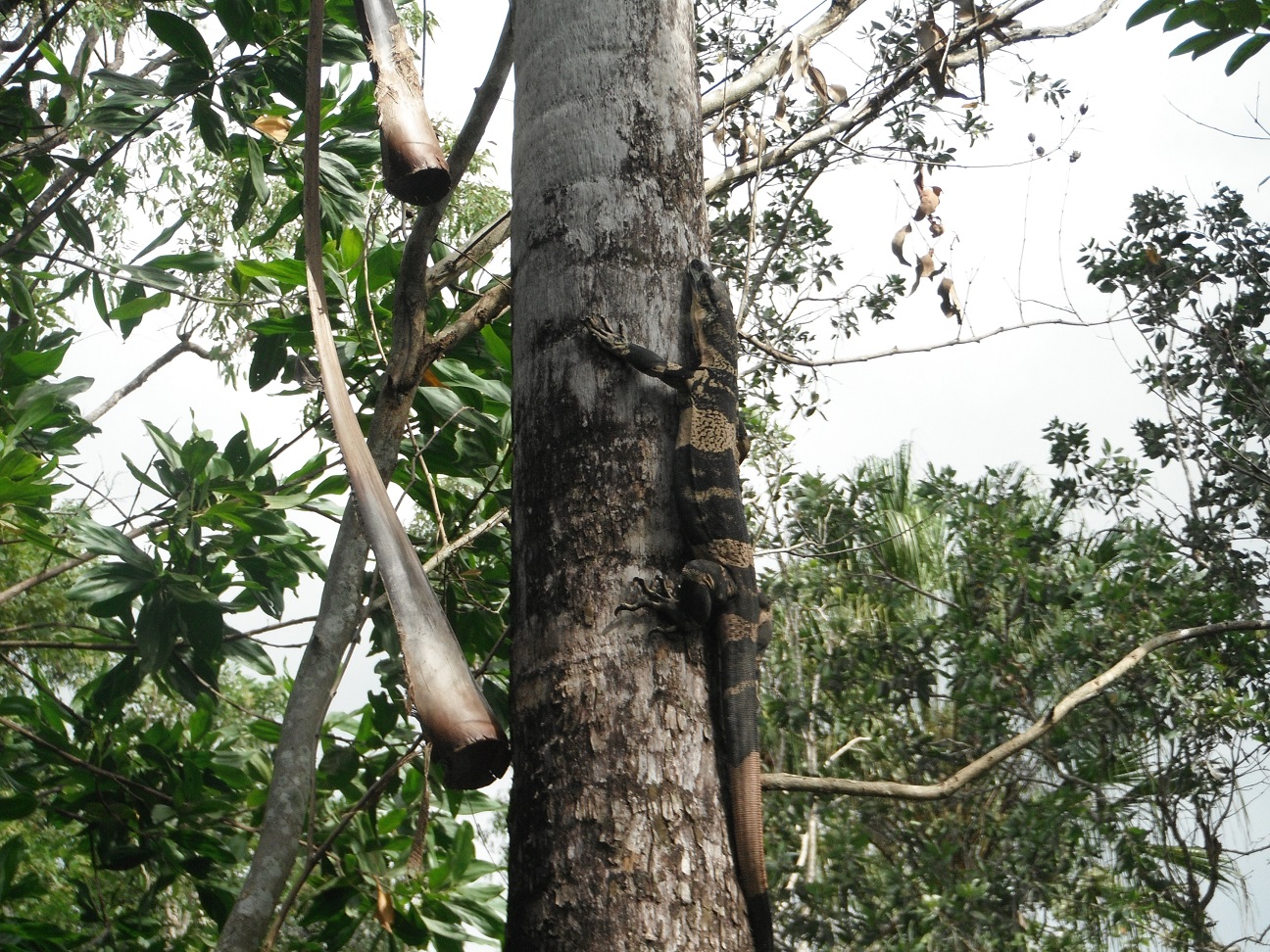