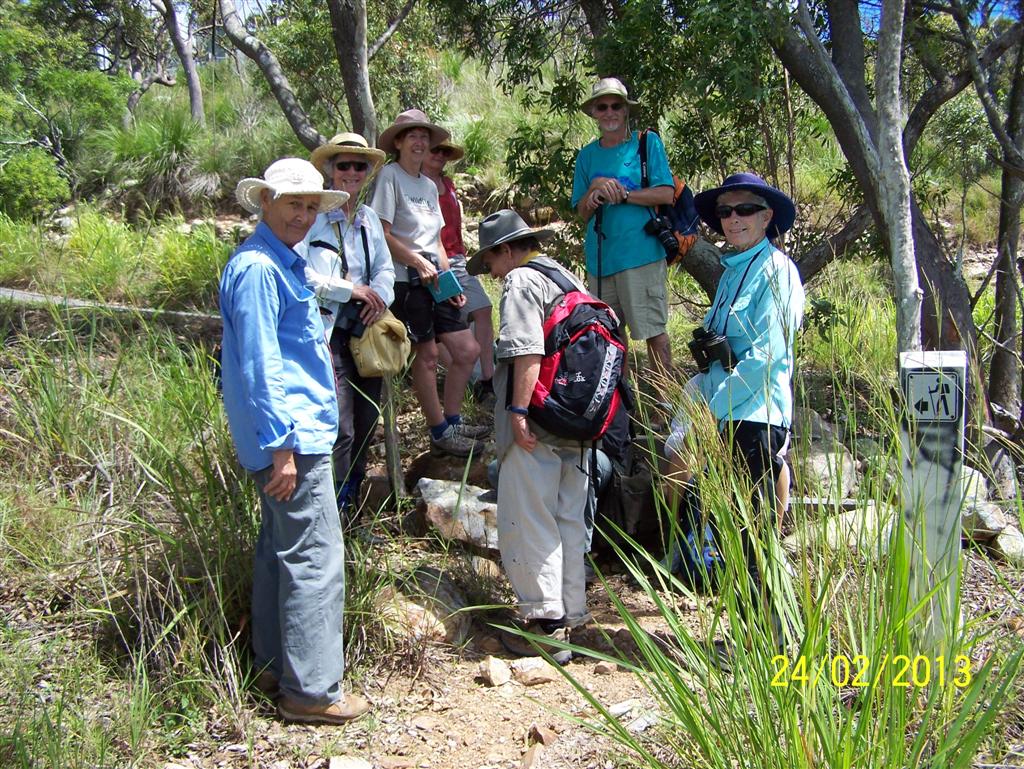 A sunny morning greeted our group of ten for the first trip of the year starting with an attractive 9km drive to the summit of Townsville’s impressive mountain backdrop, passing through bush greened-up by recent showers. After enjoying the spectacular views of the city and lowlands from the look-out we took a slow walk on the track that circles the summit before returning to the picnic area for a cuppa, snack and discussion.

Birds were few – the penalty of having an extra hour in bed no doubt – and those we did see we weren’t always sure of. On the drive up Beth caught a glimpse of what she thought was a scarlet honeyeater and forest kingfisher. More definite sightings (or hearings) were a rainbow bee-eater, mistletoe bird, varied triller and black kite. The most exciting was a pair of Australian hobbies (aka Little falcons) seen swooping around, and occasionally perching on, the tall transmission towers.  Should we confess that, before we actually saw the birds, their excited, squeaky chatter had been dismissed by one or two of us (yes, I’m putting my hand up here) as something rattling around on the towers themselves?! Fortunately Denise had remembered her Slater! 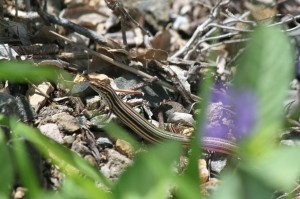 Dan captured a couple of great shots of the only reptile seen, later identified as the Copper-tailed or Australian striped skink (Ctenotus taeniolatus). Greg Calvert, who made the ID from the photo, commented that the Ctenotus genus are sometimes known as “racehorse skinks” because of their speed. An attractive blue-bodied dragonfly was possibly a male blue skimmer (Orthetrum caledonicum) and Dan’s blue shirt was the subject of attention from a lovelorn(?) blue-triangle butterfly (Graphium sarpedon). We really needed a lepidopterist to identify several other butterfly species that fluttered around the picnic area, though were reasonably confident of the Glasswing (Acraea andromacha). Peter Valentine’s site shows just how many species in our region are restricted to this mountain and just one or two other locations. 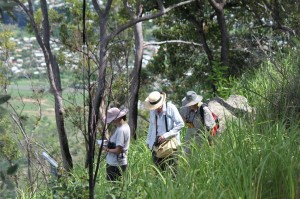 The botanists had a more fruitful morning as we followed the circuit track through lightly wooded vegetation featuring eucalypts, bloodwoods, melaleuca and grass trees (Xanthorrhea johnsonii), with patches of deciduous vine forest on the slopes and gullies below us. The white mahogany (Eucalyptus acmenoides) was dominant but the Mt Stuart ironbark (E. paedoglauca) was of special interest. Classified as vulnerable, it is unique to this mountain and one other nearby location. The somewhat stunted broad-leafed tea-trees (Melaleuca viridiflora) also occur here in what is described as “unexpected habitat” since the species is more commonly associated with swampy, poorly-drained soils and stream banks.

Between them Nanette, Beth and Jane identified several smaller plants and grasses and Nanette especially deserves grateful applause for her informative species list … with hyperlinks!!

All the grasses listed below are native. Of interest is the River grass which has unisex racemes. Nanette showed us how the female parts were at the bottom, and the male parts above.
Thanks to Laurie and Dan for sharing their photographs (don’t forget you can click to enlarge each one) and to all who contributed to a great morning – which means everyone! 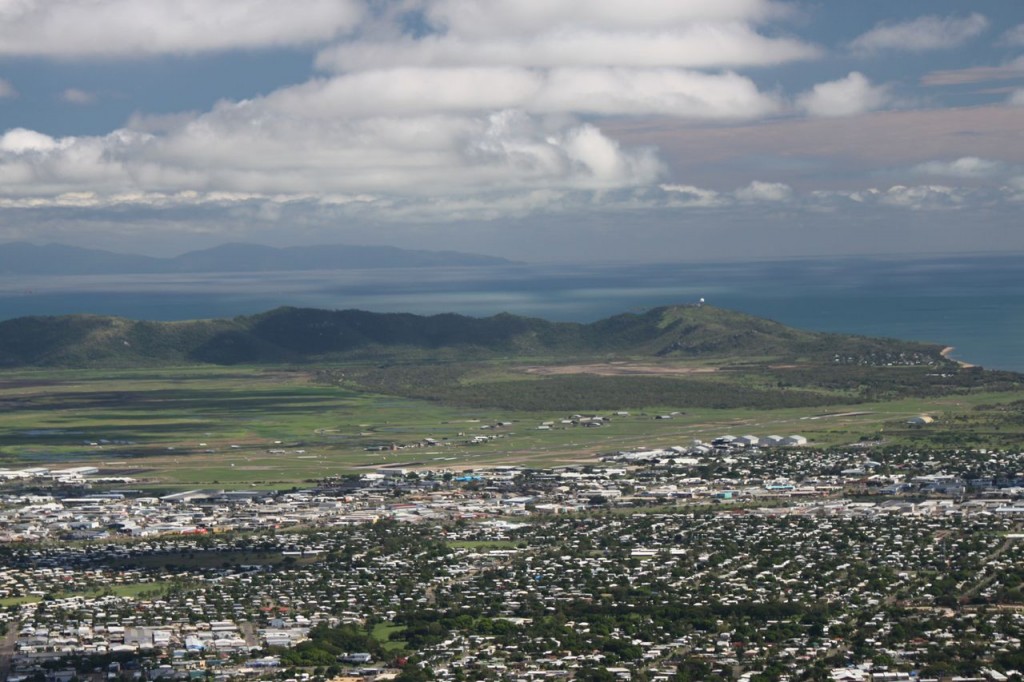 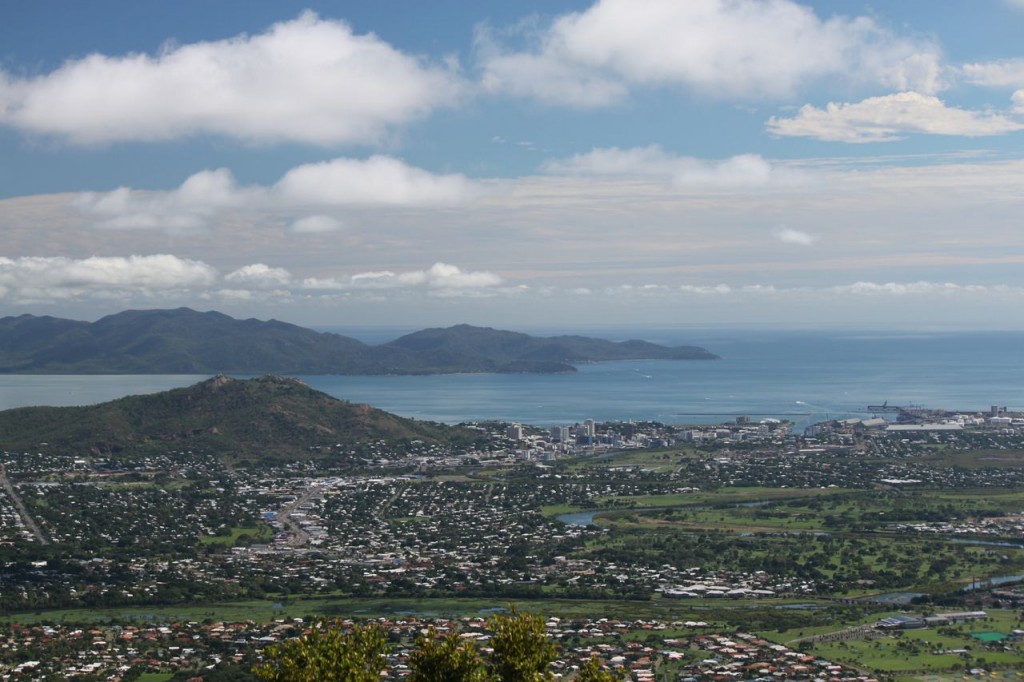