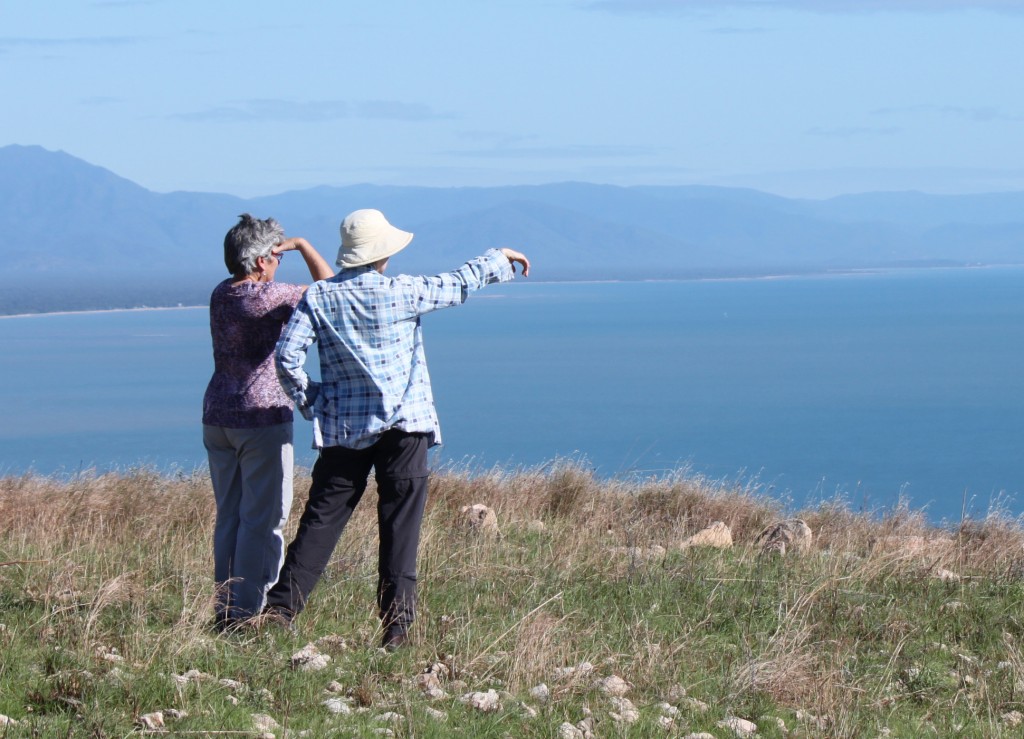 We can see forever! Looking towards Hinchinbrook from Mount Marlow. Photo Daniel Zeh.

How lucky we have been with the weather for each of our four field trips this year! We could not have had a more perfect morning for our Town Common walk on 22 July, despite the cold, wet, grey days which preceded it. Cool air, clear skies and – icing on the cake – a group of 5 dancing brolgas greeted some of us as we drove across the causeway to our meeting place at Bald Rock. 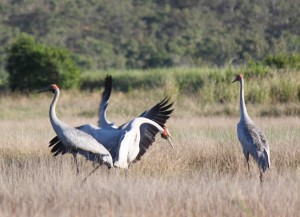 It was great to have a total of sixteen adults and two children turning up for what surely must be the best walk in town!  The group included Marty McLaughlin from National Parks whose two young sons had come along for a little mountaineering. Before setting off Marty gave us a run-down of some of the plans for the Common over the next 4 years, showing us maps of proposed new tracks and access road, and answering our questions.

Marty explained the aim of encouraging greater accessibility to, and use of, the Common in line with the concept of healthy parks and healthy people. Some of the works already under way or planned for the future include: creation of wheelchair access at the Jacana wildlife viewing area, addition of an upper level to the Freshwater Lagoon bird hide, and completion of the track along the base of Many Peaks – this will enable walkers to complete the circuit, in either direction, from Bald Rock via Mount Marlow to Pallarenda and back to the starting point, without the need to shuffle cars. A long-distance, cross-country running, walking and mountain bike track is already under construction around Many Peaks, but will not intrude onto the slopes. Other plans relating to drivable access are still under consideration. Please look at the separate post on this blog, What’s happening on the Town Common, for further information and map. 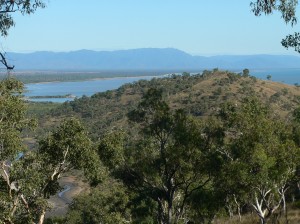 Glimpses of Halifax Bay from the track. Photo Jo Brasher.

By 8.30 we were eager to be walking.  The track climbs steadily through open woodland, giving great views back towards the city, west to the Pinnacles and Harveys Range and – when we reached the saddle – north over the Bohle flood plain and the shores of Halifax Bay. We passed through two patches of vine thicket, where many of the smaller birds were seen or heard, before emerging onto the grassy summit of Mt Marlow. It was a surprise to be met by a man with a large, unleashed dog in this Conservation Park. No doubt he was equally surprised to be confronted with a bunch of wildlife conservationists – and a senior National Parks officer who was able to have ‘a quiet word’ about this transgression of Park rules.

It was exhilarating to enjoy snacks and drinks with 360 degree panoramic views – even Hinchinbrook was clearly visible – and to look down on the wetlands below us, reinvigorated after so much winter rain.  It was hard to leave such a vantage point though one of the resident kestrels, seen below us, appeared anxious to return to his usually tranquil domain. So descend we did, returning to our vehicles by 11am.

This walk brought home what a fabulous resource we have in the Common right on the edge of our rapidly-growing city. There is certainly an argument that greater access and use will benefit the community and, as long as this does not become overuse, it may also benefit the Common. Having more people visiting the Common for non-intrusive recreation should raise awareness of its value and may even increase its protection by providing more pairs of watchful eyes to note and report abuses.

Thanks to photographers Jo, Dan and Russell and to Russell also for the bird list below. The black falcon sighting was uncertain but Russell would be delighted to hear from anyone who could confirm it. 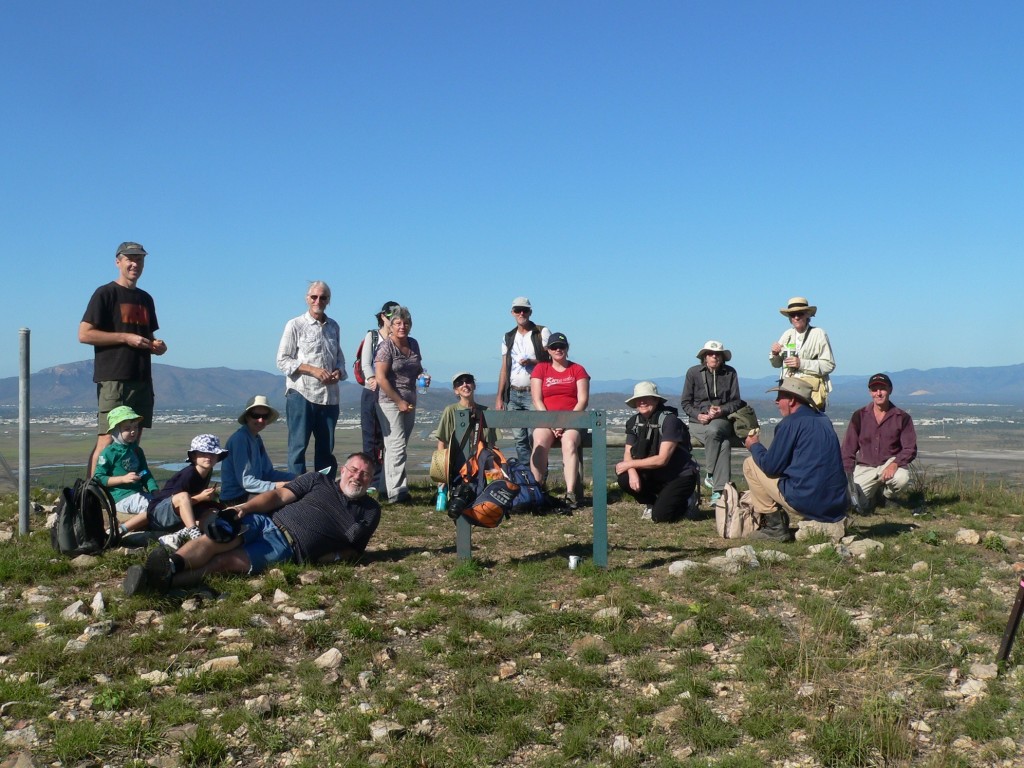 A happy group of ‘wildlifers’ relaxes on the summit of Mount Marlow. Photo Jo Brasher.