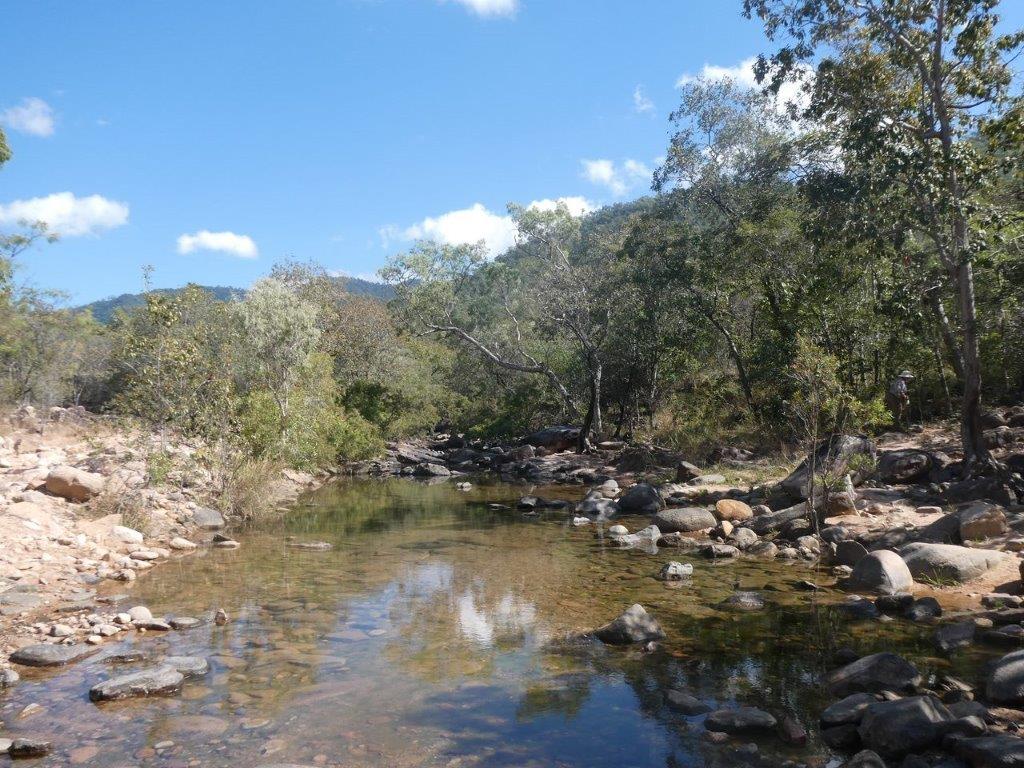 This beautiful little creek at the foot of the Bluewater Range is named Pine Creek, although there is not a pine in sight, though possibly there’s a pine lurking somewhere along its length. Bursaria tenuifolia which was present has common names of mock orange and spiny pine, neither of which seems particularly apt, but may be implicated. 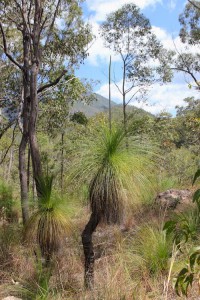 As soon as we arrived and parked in the clearing beside the road, a very close Scarlet Honeyeater’s call and something red (Clerodendrum sp. fruit) among the vegetation lured people into the nearby trees. After sighting the bird, the botanists were captured by a number of different plant species right beside them. Consequently it took about 10 minutes for some to make it the short distance down to water level. It was an excellent spot to just sit on rocks and wait for birds to appear, while trying to identify some of the vegetation along the banks. Two species of Melaleuca (fluviatilis and viminalis), Grevillea pteridifolia, pandanus, and grasstrees were the easy ones.

A corvid flew over then perched in front of us. While the usual crow or raven discussion was happening, it solved that by turning so its hackles were visible, and thus an Australian Raven. 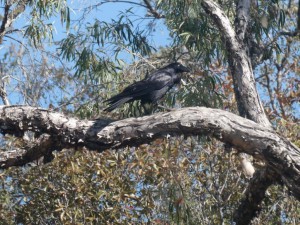 There were hundreds of very tiny black tadpoles in the shallow water. They were so small and fast it was impossible to see any distinguishing features. Several were caught in a plastic container but visibility through water and plastic was poor. They were probably cane toads considering their size and colour and the time of year. A few small fish were briefly visible. 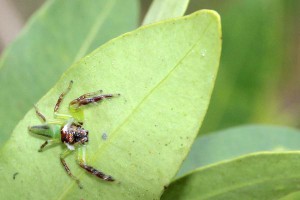 People dispersed over and along the creek banks, depending on their interests. There was a track through the bush on the far side indicating some cross creek driving when the water is low enough though the bottom of the track had been washed out. We did not follow it for too long. With the high banks each side the creek in flood must be impressive.

After morning tea on the rocks, we went back up to the road to look at the vegetation there and to look for some tiny little flowers some of us had seen previously. With their long very thin stems the flowers seemed to float among the grasses. They were identified as Wahlenbergia. Other species that we don’t commonly see on our outings were the woody pear tree Xylomelum scottianum, the fruit of which looked nothing like pears, more like clothes pegs, and the bushman’s clothes peg, Grevillea glauca which was flowering and whose fruits someone decided looked more like Pacman, a sphere that cracked partially open. Did people actually use them as pegs?

While checking out these interesting trees, a male Red-backed Fairy Wren was moving around close to us and we decided we were upsetting him and moved away, and then left. 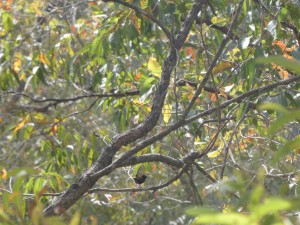 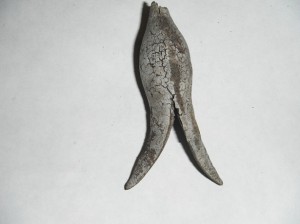