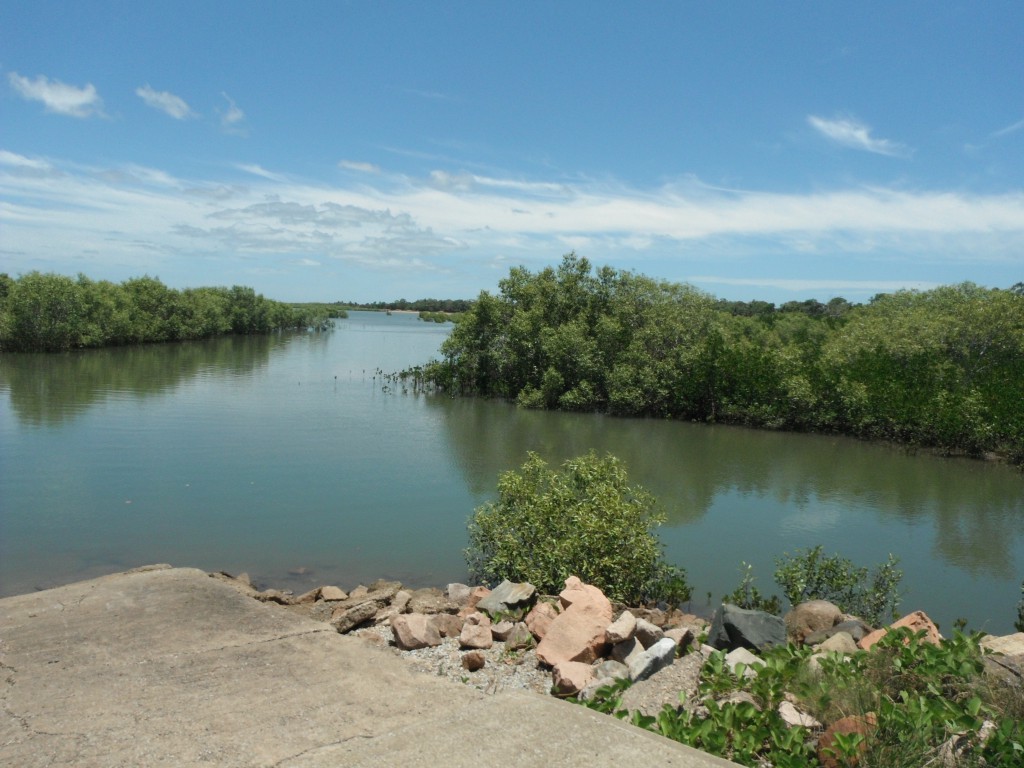 Our last outing for the year was to Cungulla, a small township off the AIMS Road at the mouth of the Haughton River. We hoped to see some waders so arrived as the tide was going out in the middle of the day. First we went to the boat ramp for a look at the estuary and noticed a few figbirds around in the big Melaleuca dealbata and in the mangroves, a mangrove honeyeater which was later seen sunning itself on the mud. The various species of mangrove tree attracted attention from people unfamiliar with them, and Beth gave an impromptu tutorial on characteristics of each species. 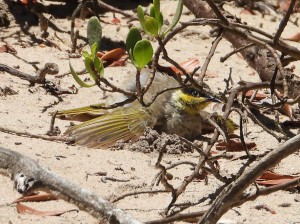 There’s a park with large shady trees a bit further south, beside a sandy/muddy beach with so little slope that a large area of substrate was already exposed and had a few birds feeding. We drove there and ate lunch in relative comfort (it was a 33 degree day) while identifying birds. 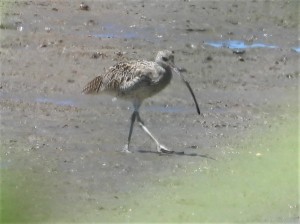 We had been promised an eastern curlew which had always been absent from likely spots we’d visited over the years, and we did see one this time, conveniently standing close to a whimbrel for comparison of size and beak.

Two gull-billed terns, a pied oyster-catcher, little egret, bar-tailed godwit and a pelican were out on the mud, and silver gulls hung around on the beach. Maybe if we had stayed later into the afternoon more waders might have arrived. 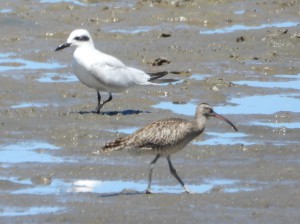 In the park we saw both bar-shouldered and peaceful doves, friar birds and figbirds, and heard a brush cuckoo calling relentlessly.

There was another track leading into the mangroves which rapidly became loose sand so we didn’t venture far, but stopped to look at some interesting mistletoe on the landward side and the Bruguiera gymnorhiza  and other mangroves opposite. Red-tailed black cockatoos could be heard further inland in the beach scrub.

On the way home back at the Cungulla turnoff, two whistling kites were still around. We’d heard them in the morning as we waited there for latecomers, so presumably they were residents though we couldn’t see a nest anywhere in the vicinity. 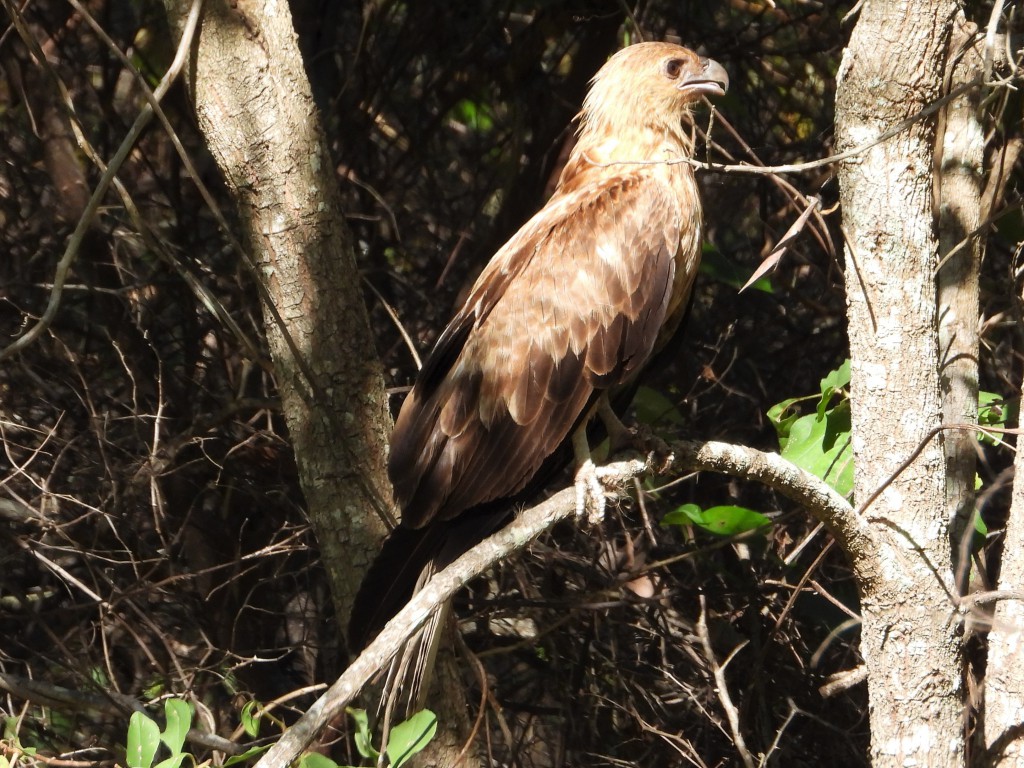 Thank you to Pam for photographs.