Suzie Smith, founder and long time office-bearer of WPSQ’s Cassowary Coast and Hinchinbrook Branch, died peacefully in Tully hospital on 27th December after a long struggle with cancer – and so we lost one of the north’s truest and most abiding champions of our natural and cultural heritage.

A very dear and much-loved friend of many in the north, and beyond, Suzie enriched so many lives as a teacher, a dedicated voice for the environment and always a kind, constant and generous friend. Her friendship and support for the late Margaret Thorsborne through very difficult times – Arthur Thorsborne’s death, the turbulent Port Hinchinbrook campaign, the aftermath of Cyclone Yasi and Margaret’s own failing health – was nothing short of magnificent.

In the early 1980s Suzie, then a teacher at Tully High, co-founded what was then called the Tully Branch of WPSQ, and remained an essential and committed member of the management committee throughout the following forty years. This did not stop her from volunteering her time and skills to other organisations in the region. She worked tirelessly with the Friends of Ninney Rise to establish and manage this important heritage site on the headland above Bingil Bay, birthplace of the twin campaigns to save the rainforest and the reef. She also served on the management committee of the Alliance to Save Hinchinbrook, which focusses on conservation issues along the greater Hinchinbrook coast. At the time of her death she was the President of both these organisations. 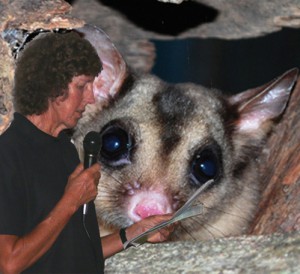 Speaking up for the Mahogany Glider

Suzie became a member of the National Mahogany Glider Recovery Team after its re-establishment in 2011, serving as chairperson for the last 4 years and, as a trustee of the Thorsborne Trust, she was dedicated to ensuring the future of the annual Pied Imperial Pigeon counts on the Brook Islands. Suzie has been deeply involved, at both a planning and a very hands-on level, with revegetation projects in the region and with engaging school students in conservation projects and awareness. The body of Suzie’s work extends through four decades of dedicated service to her community and the environment and this has been recognised through a Wet Tropics Cassowary Award, a Cassowary Coast Regional Council Australia Day Award and WPSQ’s Margaret Thorsborne Award.

With her life partner, Pat Turner, she made enduring connections with the people of the Murray Valley. Living on country was how she saw her place in the valley. Yabullum, the nature refuge that she established to protect a large lagoon and adjacent rainforest on the property, later became an Indigenous Protected Area.

Suzie (seated) front and centre at a mahogany glider corridor re-planting after the devastation of Cyclone Yasi in 2011. (Click to enlarge)

Suzie was a good friend of the Townsville Branch, loved to see Branches working together and was a constructive and valued participant at the annual Northern Branches Get-Togethers from1986 to 2005. It is indeed largely due to Suzie’s efforts that the links between our two Branches have remained strong. In recent years a number of our members have enjoyed the joint Branch events that Suzie either instigated or co-ordinated – most recently at Mission Beach and Ingham’s Tyto wetlands..

Suzie has been a unique and precious friend and colleague to so many, and a constant in many lives. Hallmarks of her character have surely been her seemingly endless capacity for hard work, her straight-talking often laced with humour, her passion and compassion, her great kindness and great courage. Suzie’s legacy is significant and she will be sorely missed.

Our profound sympathies go to all Suzie’s friends and colleagues and especially to our sister Cassowary Coast and Hinchinbrook Branch of WPSQ.

Thank you to Daryl Dickson for her major part in compiling this tribute and to Daryl and the same Branch for the use of photos. 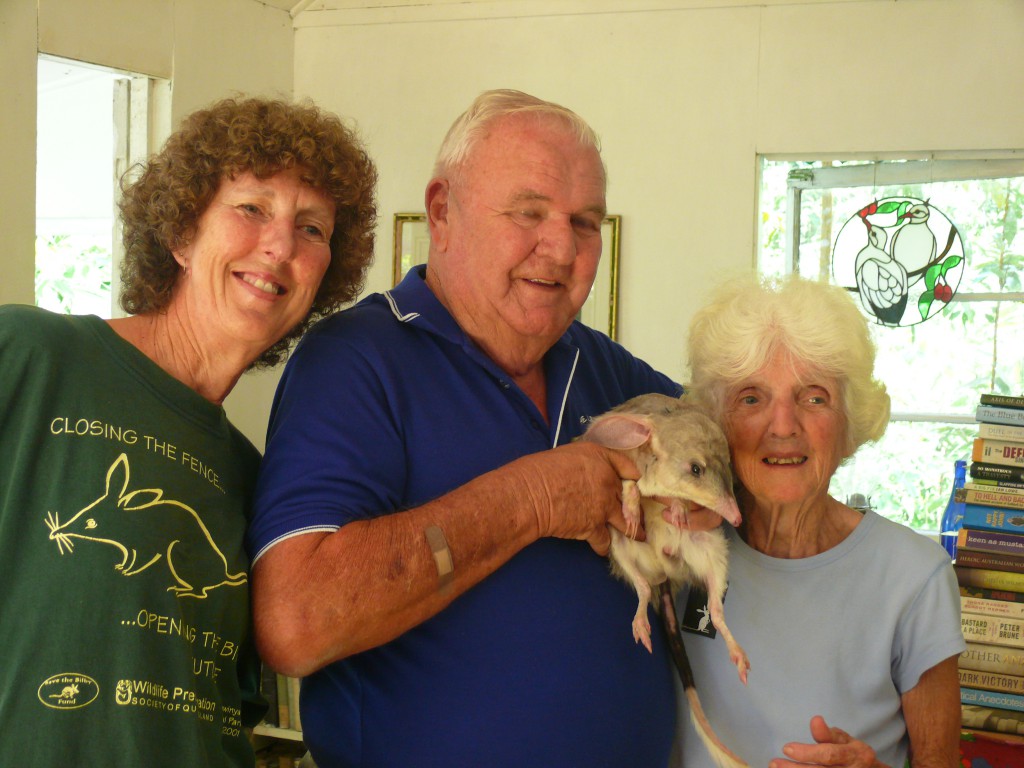