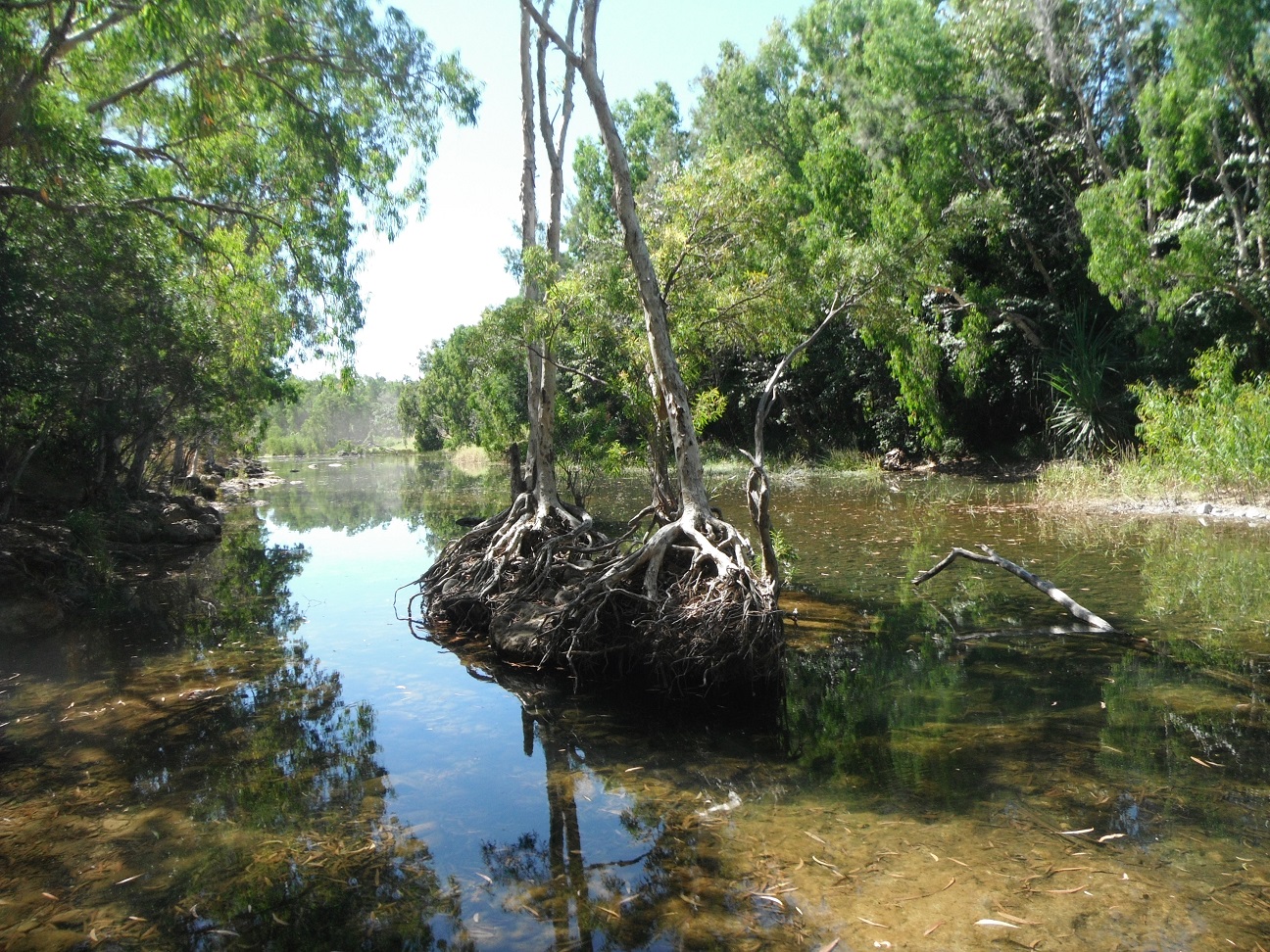 The area of creek bank downstream of the bridge and adjacent to the park was chosen for the September outing as it had lots of trees, shade and birds. We started with a quick morning tea at the park picnic tables while the keenest birders looked around. The trees seemed to be full of Figbirds and a Yellow Honeyeater was sitting in a nest. The access steps to the creek led to a sandy area with many different native plants. We made slow progress among Lomandra hystrix, Phyllanthus campiophyllus, Bursaria sp covered in new fruit and Millettia pinnata in new bronze leaves for Spring. Melaleuca leucodendra, both mature and saplings, lined both sides of the stony creek bed where shallow water still flowed despite months without substantial rain. 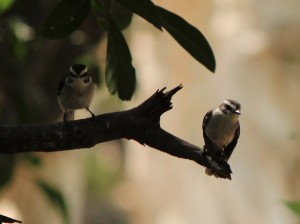 The bird sightings slowed us even further. We’d barely moved away from the steps when an Emerald Dove, a Spectacled Monarch, a Bar-shouldered dove and a White-browed Robin were seen. A Black kite passed overhead and we added new birds to the list every few minutes as we walked downstream along a rough path. The path became overgrown with dead guinea grass but there was also a nest overhanging the path so we halted. It looked like a Brown-backed Honeyeater’s nest, and after we waited for a few minutes that’s who flew in and perched beside the nest, allowing definite identification, before entering it. 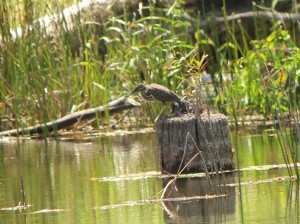 Several people took to the edge of the creek bank to go further downstream having sighted a water bird in the distance. The Striated Heron perched on a stump had to take off in a rush before a much larger White-Faced Heron came hurtling in to land on top of it. Are White-faced Herons really unable to tell a Striated Heron from a stump, or are they used to smaller birds getting out of their way? 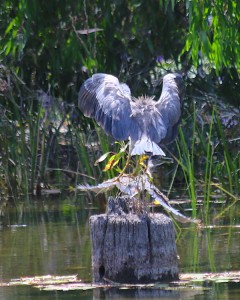 The rest of us, except Julia, turned back along the path, and so she was the only person to see the only Crimson Finch of the day. To make up for our loss there was a lot of small bird activity across the creek in the Melaleuca saplings at the water’s edge. Brown-backed Honeyeaters were carrying nesting material and were linked with a rather un-BBH nest which was still under construction. As well, a Large-billed Gerygone kept sitting close to another nest. 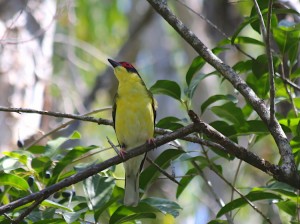 Some people left after lunch at the picnic tables while the rest of us went back to the creek bank and meandered upstream through the vegetation. A beautiful male Australasian Figbird called from a native olive tree (Chionanthus ramiflorus) while others  were eating the fruit. The botanists among us were thrilled to find two specimens of Dillenia alata which is not common this far south. Time constraints as usual ended our wandering. 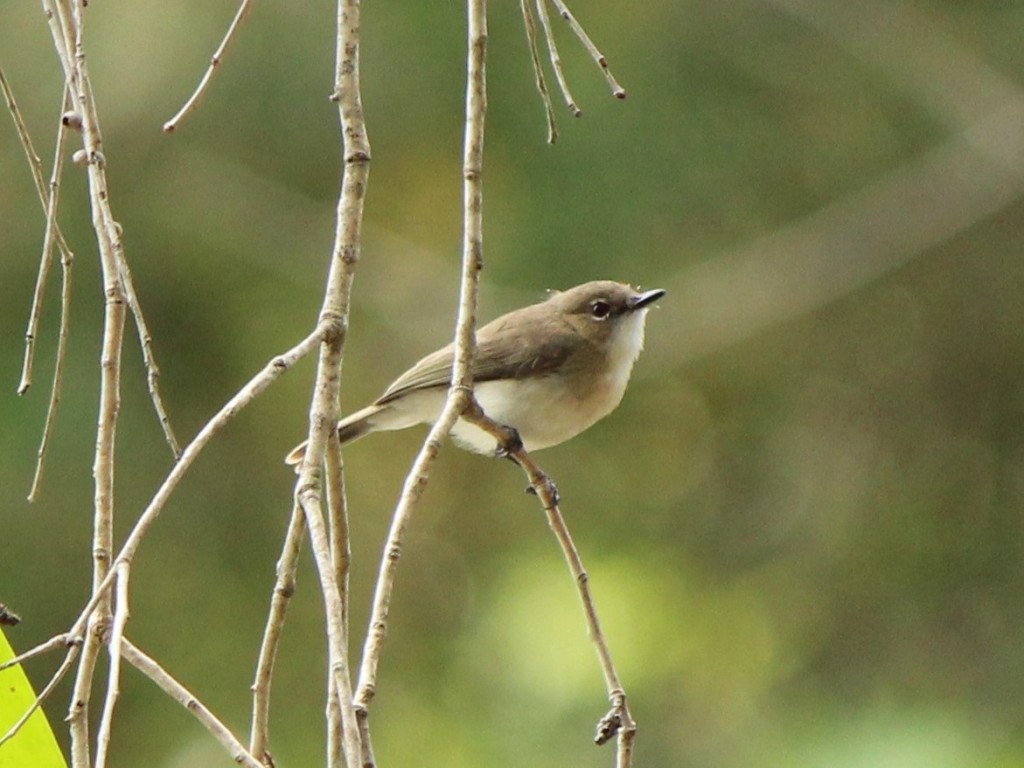