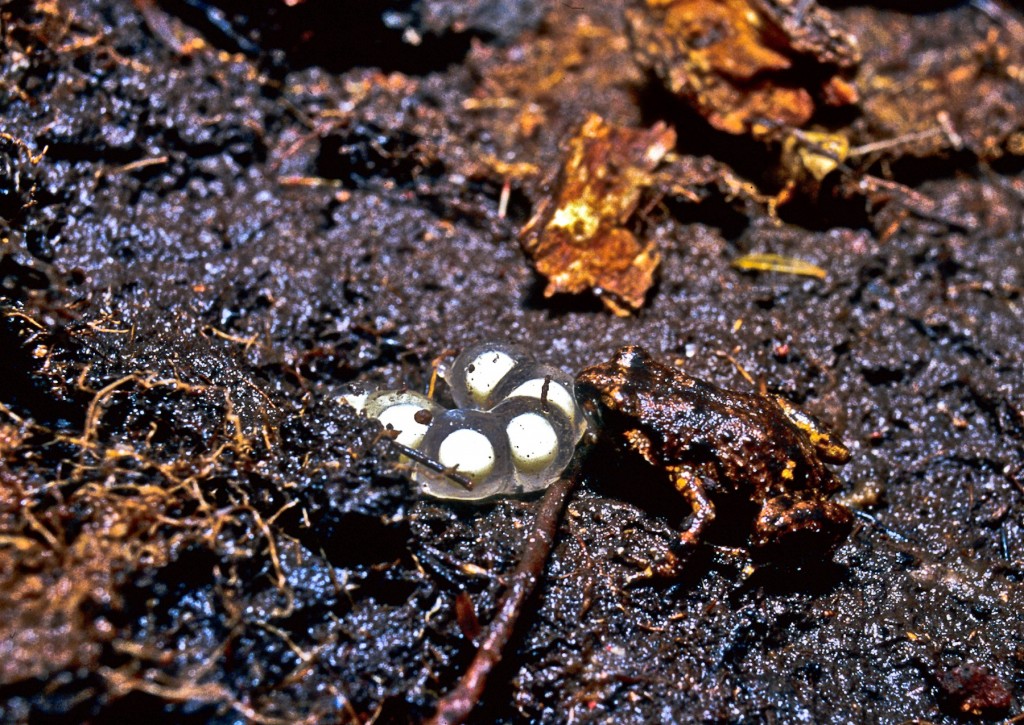 It’s a very long name for a very small frog but the Hinchinbrook Island nursery-frog (Cophixalus hinchinbrookensis) has grabbed headlines recently as one of two new frog species identified by Dr Conrad Hoskin and colleagues at JCU.

In probing the genetics of the Ornate nursery-frog (C. ornatus) Dr Hoskin found that this frog, which had been considered a single species for well over a century, was in fact just one of three distinct species, which first diverged millions of years ago.

The ‘original’ species (C. ornatus), previously thought to occur throughout the Wet Tropics, is now known to inhabit only the northern section between Port Douglas and Mt. Bartle Frere, near Innisfail. Here it overlaps with the newly-described and newly-named Southern ornate nursery-frog, C. australis, whose range extends through the southern section of the Wet Tropics. But our Hinchinbrook friend has made this magnificent island national park its own. Making it even more special is the fact that the frog is believed to be the only vertebrate which is found exclusively on Hinchinbrook, where it is restricted to medium and upper levels of elevation.

Nursery-frogs are unusual in that the male frog keeps watch over the eggs which are laid not in water but in moist areas of the forest floor. Moreover, the tadpoles actually develop inside the eggs, hatching out as fully developed ‘froglets’. The new species are only 2.5cm in length and live on or close to the forest floor. After summer rain the males climb onto tree trunks to give their loud mating calls – and it is the marked difference in these calls which helped to confirm the difference in species. Even where the northern and southern populations overlap there is very little hybridization, probably in part due to their different calls. 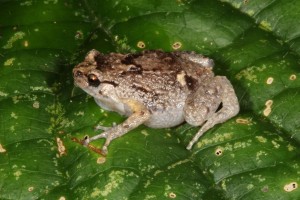 This remarkable discovery, the result of a decade of research, reinforces what an exciting and diverse natural environment surrounds us in north Queensland. And, as Dr Hoskin points out, Cophixalus hinchinbrookensis is one more reason to recognise and protect the exceptional values of Hinchinbrook Island.

While population numbers of the new species are good, and their habitat is largely protected, Dr Hoskin warns that we must always be on the alert for potential threats such as disease and, of course, climate change. It would be sad indeed if we were to start losing these beautiful animals just as we are getting to know them.

The research is published in The American Naturalist 178: 561-578 and Zootaxa 3271: 1-16. Information and photographs provided courtesy of Dr. Conrad Hoskin.