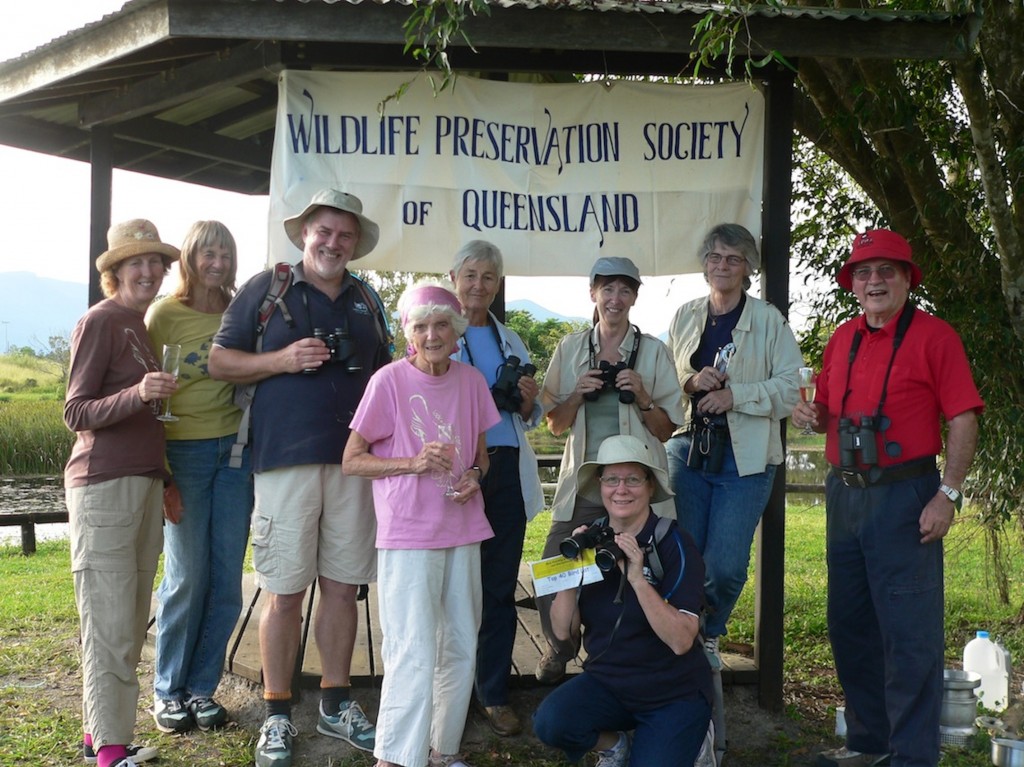 What a great time we had on our Tyto wetlands weekend on 23-24 June! Despite grey skies and rain in Townsville the previous day, as we drove north on Saturday under blue skies it was clear that we would get our sunset views after all. On arrival the eleven who had driven up from Townsville were joined by Society patron Margaret Thorsborne from Cardwell,  Suzie Smith from the Tully Branch, and Ingham members Peter and Pam Smith.

Peter and Pam had generously offered to provide sundowner drinks at the small rotunda overlooking the main lagoon and this set the scene for a friendly gathering between old friends and newcomers. Champagne, red wine, tea, coffee and a copious amount of nibbles were provided with warm smiles and a minimum of fuss, which we felt sure concealed impeccable organisation.

The walk around the main lagoon circuit provided plenty of birds, although the prolonged wet has encouraged the dispersal of waterbirds so there were fewer of those than might be expected in a normal dry season. But there were plenty of bush birds calling and flitting around us to keep us on our toes. For some of the group this was a first look at these wetlands and all seemed impressed. It was disappointing to hear from Peter that their upkeep is not universally supported in the town, yet surely they must bring income to the region from the bird-watching fraternity at least. Peter planned to use photographs from our trip to accompany a short article for the local paper encouraging greater awareness. 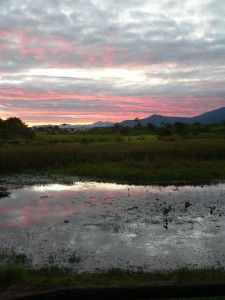 After our walk we reunited at the rotunda in time to appreciate the beautiful sunset over the surrounding mountains, watching them subtly change colour as the sky transformed from gold to purple to soft grey.  Later our party of fifteen gathered at Lees Hotel for a convivial, and at time uproarious, meal accompanied by a discussion of the afternoon walk and – let’s be honest – a certain amount of speculation about the likely chances of Black Caviar to make history overnight! (I don’t think anyone actually stayed up to watch the race, although there was some eager checking of news bulletins and iPhones in the morning!)

By 7am those of us who had spent the night in Ingham were back at the wetlands where one more of our party, who had travelled up from Townsville that morning, was already waiting. Agile wallabies were also awake and about enjoying the sweet wet grass; along the tracks the gossamer spider webs shone with drops of overnight rain; shrike thrushes and brown honey-eaters were calling; a group of 5 forest kingfishers delighted us with their colours gleaming in the morning sun and firetails, crimson finches, red-backed wrens and willy wagtails seemed to be everywhere. Further around the track rocket frogs were calling from the lagoon edge and gleams of white along the branches of a dead tree turned out to be rows of white-breasted woodswallows still snuggled up together for warmth. We were intrigued by the densely woven nests of an unidentified species of ant (or so we decided) which were hanging in clusters from a number of trees. 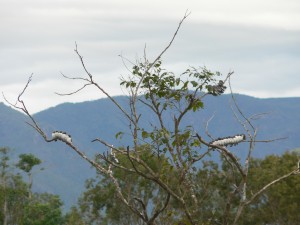 Finally, hunger called and we assembled for a late breakfast in an Ingham café before heading home at the end of a most enjoyable experience. Maybe we should make this an annual event? It was certainly a great opportunity to catch up with some of our more northerly friends and strengthen the bonds between branches.

We were pleased to welcome Jackie, Derek and Sandra – all attending one of our walks for the first time. Many thanks also to Jo Brasher for the photographs, to Peter and Pam for their fantastic hospitality and to all who participated so enthusiastically.

In the bird list that follows, those preceded by ? indicate the species was unconfirmed, or, in the case of the monarch flycatcher, not fully recorded by your scribe. Corrections and additions are welcome. 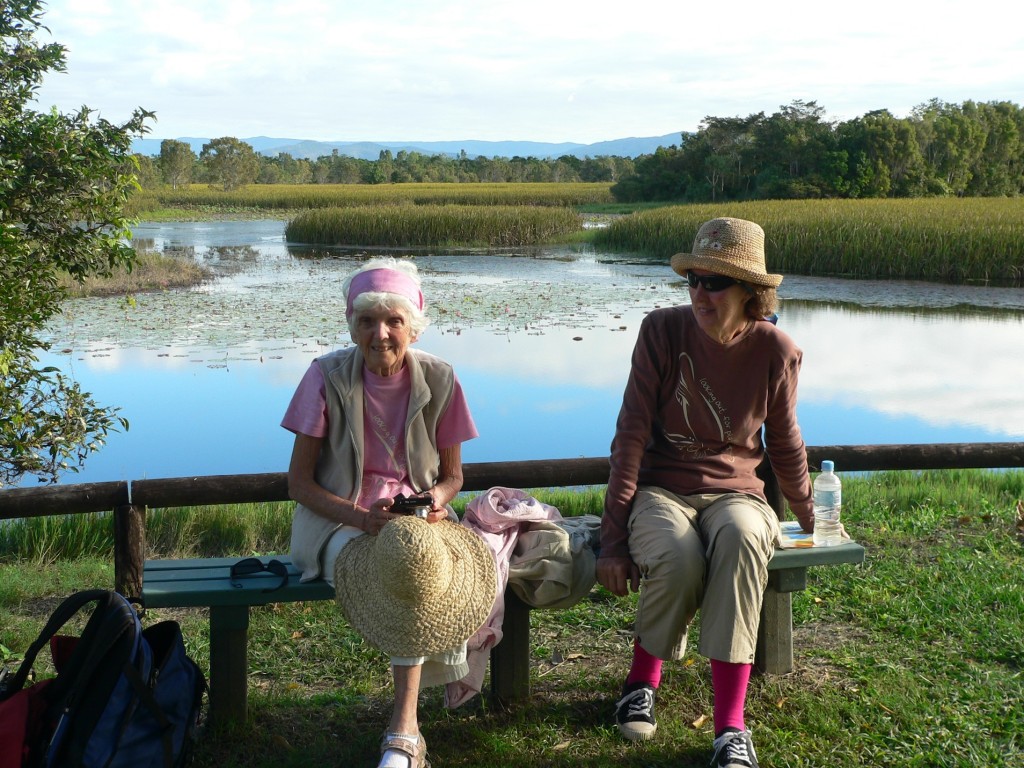