Please note that we will be postponing our walk this month due to uncertainties about the extent and spread of the Covid variant, Omicron, in the community. We will assess the situation over the coming weeks in the hope we can resume our walks program in March.

It’s been a long time between updates, for which I apologise, but a warm welcome to all of you, especially those who are newly subscribed to this blog. Dare we hope that 2022 will prove less stressful than its two predecessors?  With Covid still romping through the state, the threats and impacts of the climate crisis largely unaddressed and more species populations in apparent free-fall it hardly looks promising. But with a federal election due in a few months can we at least manage to push the climate crisis and extinction crisis higher up the agenda?

Curlews at Cungulla: Our last field trip for 2021 was out to the beach-side suburb of Cungulla which lies at the mouth of the Haughton River. You can read the report here. Although unable to attend I was pleased to see that Eastern Curlew appears on the bird list. The last time I was there about 18 months ago, I was delighted to see a group of three on the exposed sand/mud at the edge of the beach unmistakable with their long, long down-curved bills and bubbling calls.  Well done Pam for getting a photo of both the curlew and the smaller but look-alike whimbrel (with a much less over-the-top bill). See more about curlews below. 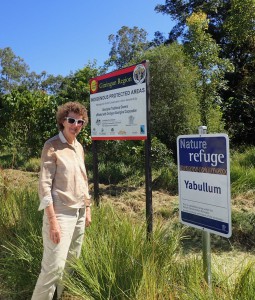 Loss of a champion …. Members were advised in December of the untimely death of Suzie Smith, founder of our sister WPSQ Branch covering the Ingham to Tully region. In late January a small ceremony was held to scatter Suzie’s ashes in the Yabullum nature refuge which she had established, protected and named and later had incorporated as part of the Girramay Indigenous Protected Area. A larger ceremony to celebrate her life, achievement and legacy will be hosted at Ninney Rise (Mission Beach) when it is deemed to be covid-safe to do so. Many of us will remember her meeting and greeting us there last May and her talk about the history of the house and its links to early conservation campaigns. Suzie leaves a huge gap in the local community that she had been a part of for nearly 50 years, and in the conservation movement throughout the north. This photo taken by Keith Smith of DES, shows Suzie standing proudly by the signs announcing her nature refuge. Our full tribute To Suzie is posted here.

North Brook bird monitoring survey: Suzie, a great supporter of the annual North Brook Island pigeon counts, was in our thoughts as we set out from Cardwell for the December count a week before Christmas. You can read an edited account of that trip here. 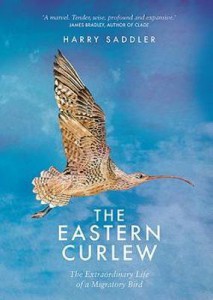 Curlews need wetlands! It was World Wetlands Day on 2nd February – a day to mark the signing of the Ramsar Convention in 1971, intended to provide for national action and international cooperation in the conservation of the world’s wetlands. Yet, fifty-one years on, both the existence and quality of these wetlands continue to decline. In Queensland the Toondah Harbour proposal is a prime example of how wetlands can be set at risk threatening the survival of Eastern curlews and many other shorebirds. If you are a WPSQ member please read the email sent out on Wednesday. Non-members can access it here. And do see if you can get hold of a copy of Harry Saddler’s The Eastern Curlew (Affirm Press, 2019) from your local library or bookshop. Fascinated by this bird – the world’s largest migratory shorebird – since childhood, Saddler explores many aspects of “our” curlew from its bizarre scientific name, Numenius madagascariensis  – for a bird that has never been within 10,000km of Madagascar! – to its remarkable physiology and awe-inspiring journeys, made twice each year along the East Asian-Australasian flyway. Enthralling and moving.

It’s so squeezy being green – or, All croak and mirrors: The following story comes from our President, in her own words: “This morning I found a belly-up, medium-size green tree frog wedged half-in, half-out, under the edge of my car’s side mirror, unable to get properly in behind the glass or reverse out. Fortunately it was still alive so I adjusted the mirror to widen the gap and the frog shot further in through the enlarged gap. When I tried to grab it, I managed to accidentally yank the glass right out and found FOUR frogs jammed in there. I evicted them all and have put duct tape to block their access. Now waiting to see how long before duct tape is barged aside and rendered useless with amphibian mucous.” She surmised that the frog who got stuck must either have been a new squatter or had come home drunk, because it failed to notice there was a wider gap which would have allowed easier access.

Inky, pinky, spider …. not in my car, please! While on the subject of wildlife in cars, for those of you who share my arachnophobia, here’s some advice on what to do if you find a spider in your car while driving, or better still, ways to check your vehicle is spider-free before you set out, saving both you and the spider from an alarming experience. Warning: Graphic content! 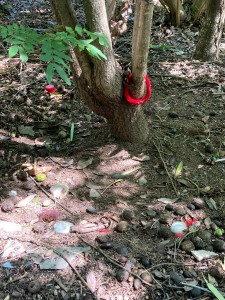 Bowers? Who needs them? The photo at left might have the older generation of bower-birds rolling their eyes and muttering disapprovingly at the ways of “young birds today.” After several weeks of activity this young lad has made no attempt at bower construction, in fact he hasn’t been seen to pick up a single twig. Instead he has carefully cleared an area of approx  90cm in diameter of every last leaf to create a circular space of bare earth.

On this he lays out his collection of trophies which may be red, white, greenish or muted colours of grey or brown. Shells, palm seeds, and fragments of plastic predominate. Red bottle tops come and go and I was impressed by the way the red hair tie was looped artistically around a small stump of branch. The threads of scarlet cotton (foreground) are a recent addition and I wonder whose skirt or shirt is now unravelling at the seams? Our member, Jo Wieneke, who studied Townsville’s bowerbirds for many years, saw similar behaviour in her own garden and suggests it is probably a young male “just practising”.

Good news for our flying ghosts: Searching for a good news story among so much gloom and anxiety, I found this one saved from November last year. For those who remember the battle over Rockhampton’s Mt Etna caves and its colonies of little bent-wing and ghost bats, which began in the 1960s and reached a peak in the ’80s and ’90s, there is now new momentum to re-establish the ghost bat colony and build its numbers to a sustainable level. The ghost bat (Macroderma gigas) is classed as endangered in Queensland but is among the species which had its recovery plan removed by the Federal Minister, Sussan Ley, last year.  Read the full story here.