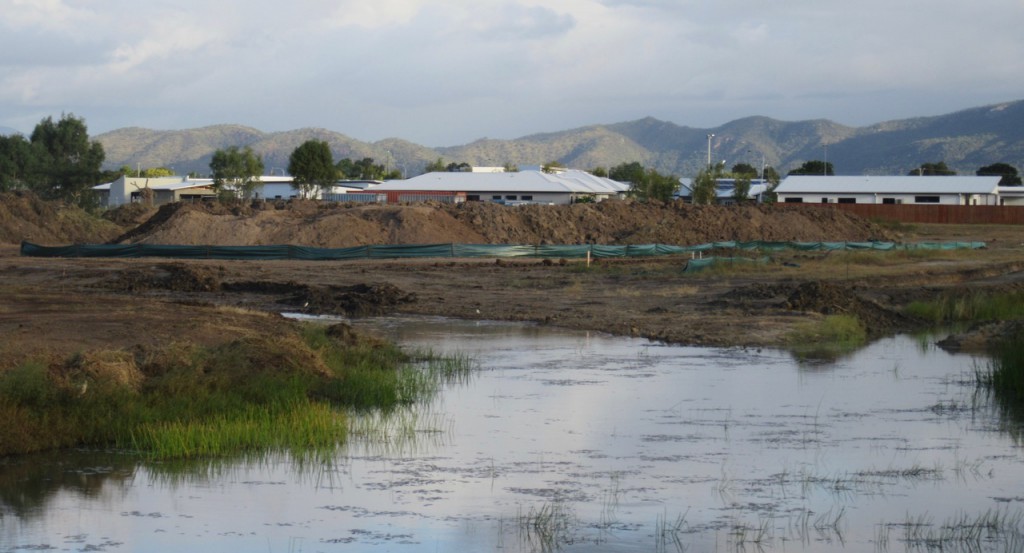 Some of the earthworks at Mundy Creek. Photo Liz Downes.

The continuing, sorry saga of mis-management of ‘flood mitigation’ work being carried out around Mundy Creek, in connection with the adjacent housing development, grinds on. After incidents towards the end of last year, which we reported in this post, it was hoped that the City Council would ensure far greater supervision of this work to prevent further degradation and loss of habitat and the risk of sediment and other pollutant runoff into the main creek – and thus out to sea. Sadly, this has not happened despite the fact that much of the work, including stripping the banks of vegetation, is being carried out by the developer on Council (ie public) land.

In early February the Mundy Creek Catchment Care group presented Council with an expert, and scathing, assessment of the site and the major erosion/sedimentation risk it posed. After late February rain the Group observed, and reported, that a large sedimentation flow was escaping from the site and continued to do so even after small amounts of rain. Much more recently, after 8mm of rain, another sedimentation/pollution event occurred and water leaving the site was found to be 9 times more turbid than that upstream. If Council took any actions against the developer or imposed any extra measures after the first report, they were clearly inadequate. 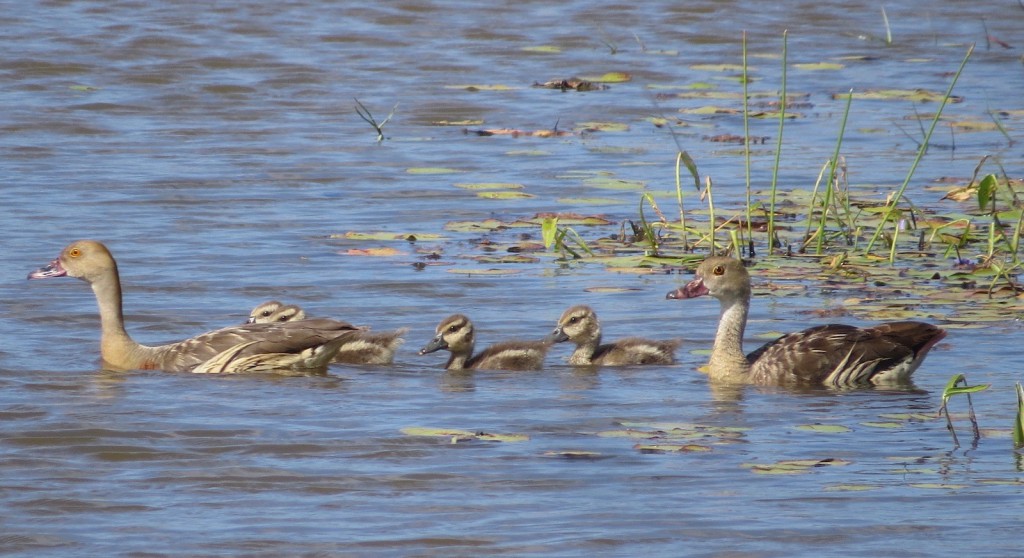 In the meantime as the heavy machinery moved ever closer to the stretch of creek just above the footbridge, a family of plumed whistling ducks – 2 adults and 4 ducklings – which had nested nearby, were beginning to look stressed. Appeals for the work to be paused to allow the ducklings to develop their flight feathers and be able to move away safely, fell on deaf ears – although two wildlife carers, who had been asked to keep an eye on the situation, reported that workers contracted by the developer were making some attempt to leave a ‘safe area’ for the birds. Nonetheless, the disturbance and noise proved all too much for this little family which disappeared (who knows where?) shortly after. We can only hope they found a safe haven somewhere, but the survival of the flightless young away from their nursery area has to be in considerable doubt.

On top of this, when I took a walk along the creek just a week ago, I was shocked to see yet more trees (again on Council land) had been felled and piled in heaps near the edge of the park. I was at a loss to see the reason for this. The felled trees were a mix of native and non-native species and, to be honest, when so much has already been lost from this site, every tree (native or exotic) is precious for the shade, stability, and shelter it provides for wildlife and people.

Mundy Creek was once such a special place and long-time residents can still remember how it used to be; how they camped, fished and played there, climbed the tall trees and watched jabiru and brolga  glide in to feed, mate and dance. Long neglected, it was given a new lease of life in the late 1990s by the local community, distressed to see how the creek had become little more than a drain, often filled with rubbish. Since then different individuals and groups, most noticeably the Mundy Creek Catchment Care/Landcare Group have dedicated their time, skills and labour to weed, revegetate and restore the creek and its banks. You can still see jabiru and brolga, egrets, spoonbills, ibis, plover, dotterell – and let’s not forget the ducks – but how much longer will they come as their haven becomes a desert?

These are the places we should be cherishing and defending – places where city-dwellers and their children can still come and experience nature close at hand; places where wildlife can still breed and raise their young safely among us. Come on, Townsville City Council, step up now and stop any further degradation of this urban treasure!