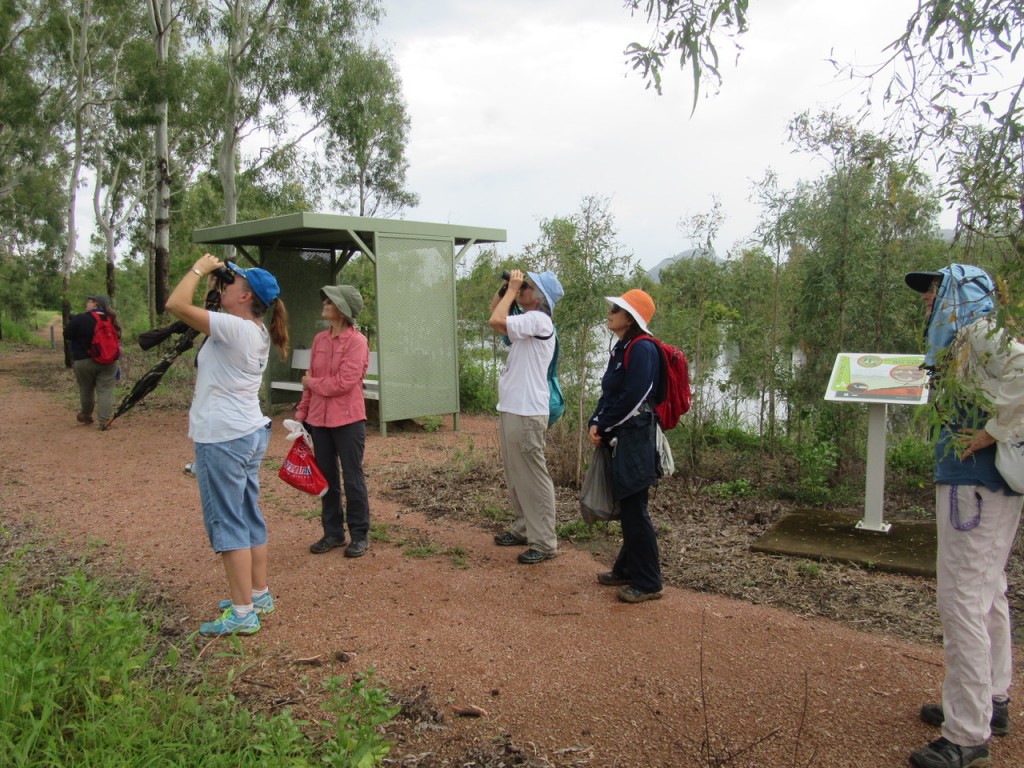 Following the February floods, members gather for the first outing of 2019. LD photo.

Membership: We ended 2019 with 51 members, including four welcome new members. The small number of new members, compared with previous years, was probably partly due to the loss of our blog for most of the year (see below). We also heard news of the death of long-time member and past newsletter editor, Tony Routledge. Tony was editor from 1985-1998 and a tribute to his work for the Branch was published in our July/August update.

Field trips: Nine field trips were held over the year, with one cancellation (September).

Committee meetings: The committee met every second month with interested non-committee members attending several of these meetings along with the executive. 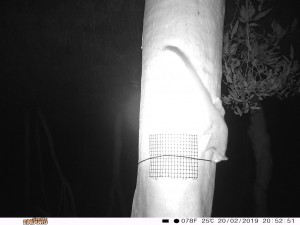 Mahogany Glider Project: The incredible rains and flooding of Ollera Creek in Febuary put dirty water into the camera nearest the creek, washed out the usual vehicle crossing, turned the entire property into the Melaleuca viridiflora swamp it actually is, and prevented access to any of the property for over 2 months.

Despite this, by the end of 2019 we had put cameras into another 15 areas both north and south of the creek and photographed mahogany gliders in nine of them. The project ends mid-2020 and we will be continuing to set cameras until then. (Photo taken by one of our Ollera cameras, the very long tail is an identifying feature of this species.)

Advocacy and action 1. Meetings The Branch was represented at the following meetings:

Advocacy and action 2. Submissions It was a busy year for submissions with ten completed

Advocacy and action 3. Letters  A number of formal letters were written, sometimes followed up by emails or phone calls.

Communication: The blog was out of order for most of 2019 after being advised that we must discontinue or migrate to a new server. We chose the latter as it is our major means of communication with members and others. Problems with image display and broken links meant it was out of action for 10 months. We maintained communication by regular emails to our mailing lists and bi-monthly updates compiled as pdf documents. By year’s end all material from 2019 was uploaded to the migrated blog and ‘normal services resumed’.

Pied Imperial Pigeon Surveys: We continued our long-standing links with this project, with 3 members now involved as regular volunteers.

We owe a great debt to Liz who spent untold hours researching and writing all our submissions and official letters, as well as writing updates, and then adding the updates and trip reports to the renewed blog so the record of Branch activities is complete again.

(Liz points out she has left all the considerable admin and fieldwork of the Mahogany Glider project to our President and Secretary!)