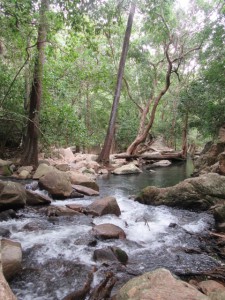 Despite most participants showing various degrees of shock and horror after hearing bad news that post-election morning, we were willing to be uplifted by the beauty of the bush.

After a prolonged wet season the two causeways at the entrance to the national park still had shallow fast-flowing water over them. Waterview Creek itself was just below the level of the walkway and loud enough to drown out conversation. Some people may remember when there was no walkway and only faded paint on rocks indicating the best path to rock-hop across. A slip into the water when it was roaring down among rocks would probably mean a fast trip down to the highway in not very good shape. Adding a safe way across has made it easier to view the falls after rain, and easier for older members who are no longer confident leaping onto boulders. 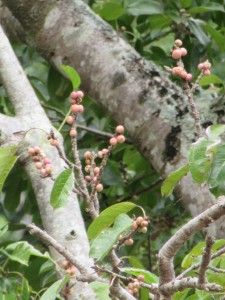 flooding following the torrential rain of January/February. There seemed to be few younger ones but we didn’t explore more of the creekbed, continuing uphill to the lookout. The grass beside the track was predominantly kangaroo grass and giant spear-grass, both natives which, contrasted with the introduced weed species around the entrance and camping areas. We passed cycads and familiar tree species eg poplar gum, batwing coral tree and Glochidion sp. (Possible photo of the latter at right?)

It was heartening to see so many families with children as they bounded past us also on their way to the lookout. The fallls were more impressive than they are for most of the year, but nothing to what they would have been months earlier. All the most spectacular sites of the wet season are often inaccessible due to flooding and closures even if they are visible through heavy rain. From the top falls, the creek forms a series of pools joined by smaller falls and rapids as it moves through the fractured granite in a fast drop to sea level. 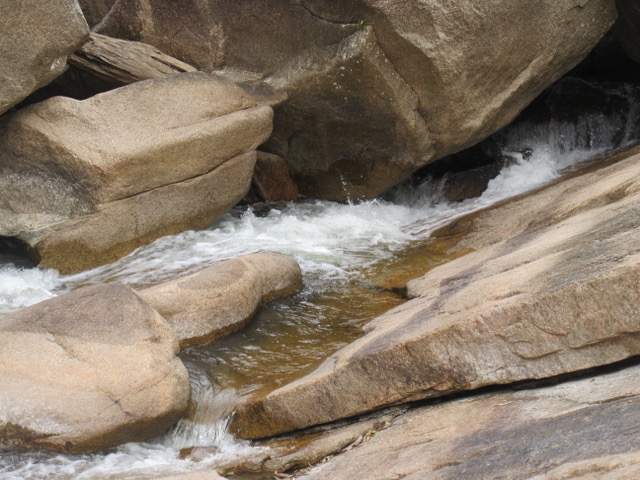 Water, rocks and a lush green vegetation are the essence of Jourama

Back at the day-use area we had morning tea after first checking the nearby pool. On our last visit here four years ago the pool was full of large jungle perch that crowded around expecting to be fed. This time there were fish of several different species, most of small size, and no jungle perch seen. After a while two turtles arrived, Emydura macquarii krefftii. What happened to the jungle perch? Died of lifestyle diseases from too much human food? Secretly netted and eaten? Or affected by changes in the ecosystem during the severe dry season and heat waves of last year? Perhaps they, too, had had a bad election night. It will be interesting to see if they return in the future. 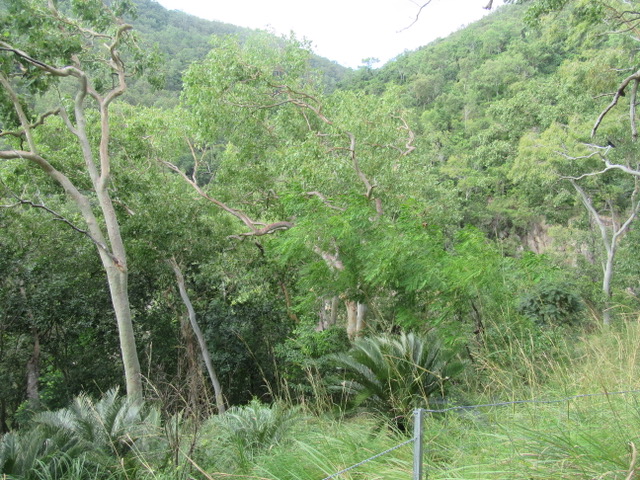 How green is this valley?