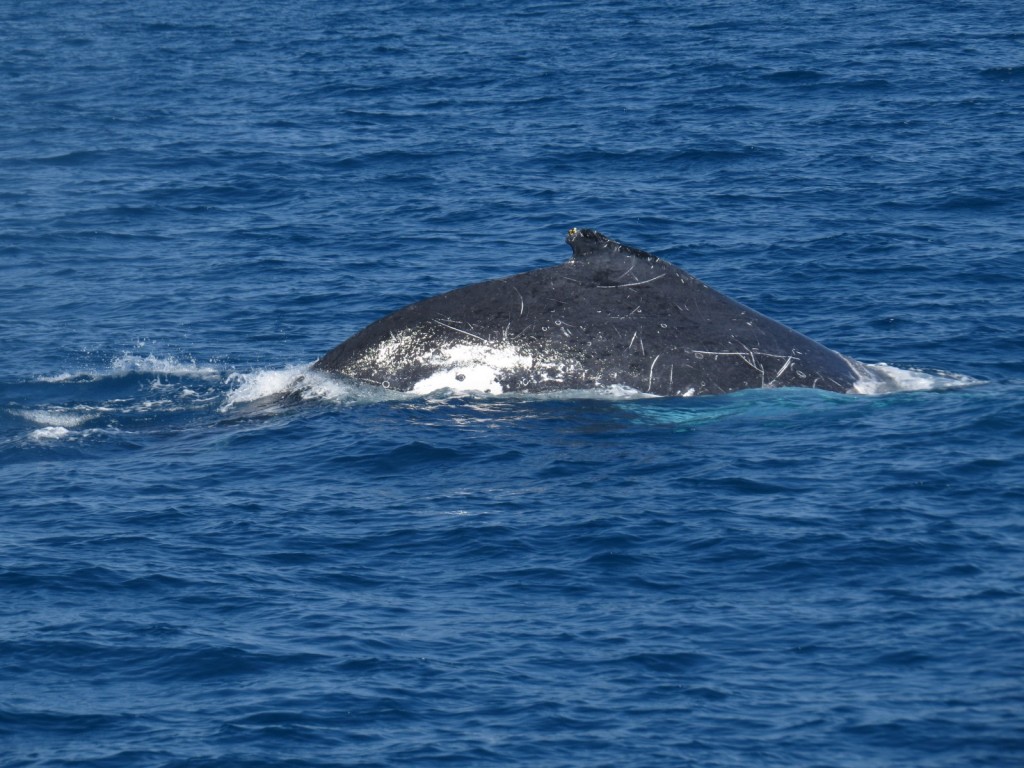 What did one whale say to the other when they met at Uluru? “Long time no sea.” Fortunately our whale watching trip was much better than that joke. We decided for the July outing to take advantage of Sealink’s first whale tour. Humpback whales have now increased in numbers enough that trips from Townsville seemed commercially viable, enough even for a whale guarantee: no whales, book another trip free.

There could not have been better conditions: calm sea, cloudless skies, excellent visibility. Leaving the breakwater we saw several snubfin dolphins, Orcaella heinsohni. These used to be called Irrawaddy dolphins as they were believed to be the same species as similar-looking SE Asian dolphins. But in 2005 work by two Townsville-based marine scientists, Isabel Beasley and the late Peter Arnold, and US geneticist, Kelly Robertson, showed the Australian ones were a distinct species with distribution limited to coastal waters of northern Australia. The species name is for George Heinsohn, long time president of WQ Townsville Branch, in tribute to his pioneering research into marine mammals and strong advocacy for their protection. 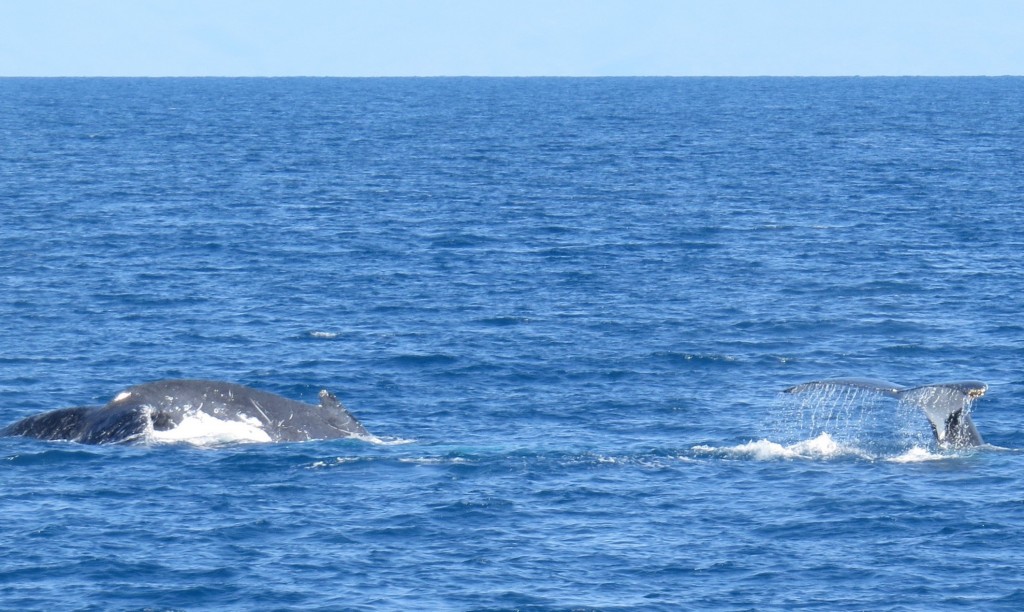 It seemed that every small boat in Townsville was on the water but no sign of whales as we continued past Magnetic Island towards Palm Island. Then, off in the distance, there were massive amounts of spray visible against the island backdrop. With binoculars it was possible to see a whale jumping right out of the water and crashing back down. Before we could move any closer, a whale surfaced close to the boat, then another. The distant breaching whale was forgotten. Whales close up, just swimming along doing nothing spectacular, had everybody’s attention. These two were around the boat for maybe half an hour (who was checking watches?) while thousands of photos were taken, a lot of them of ‘whale habitat’, no whales visible, just turbulence where they were a second before – a whale “footprint”. However one of our group, Greg, won Sealink’s photo competition for the trip, and other members got some good shots. 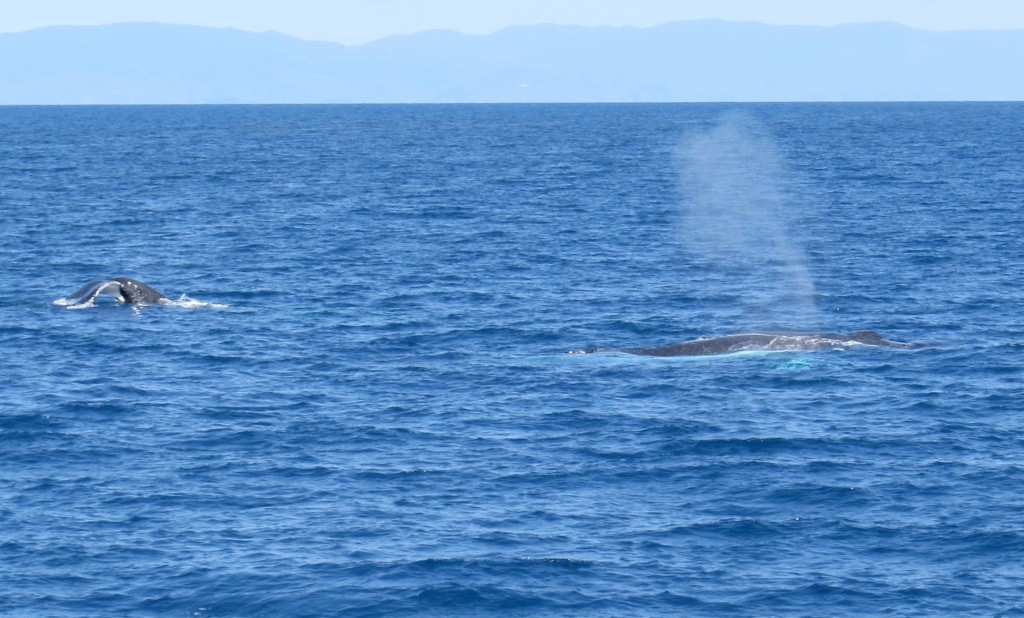 One whale surfaces as the other dives. Photo J. Hazel.

Finally we had to turn back to Townsville, this time going past the north of Magnetic and down the channel between the island and the mainland for different views. We didn’t see any more marine life on the way, but Liz on a later trip saw a pod of 8-10 Indo-Pacific humpback dolphin, Sousa chinensis, as well as the snubfins and a whale mother and calf.

The whales had every opportunity to avoid the boat and chose not to. This was wonderful for us but I hope these whales become more paranoid about boats when they return south for the summer, and that they find plenty of plastic-free swarms of krill surviving, now that humans are harvesting krill to sell as a health fad. Is there anything alive we can leave alone?

These links will provide some more information about whales and dolphins in our area: