The sun sets as the pigeons fly in and counters on the boat record their numbers.

Half a century of recording the flocks of Pied imperial-pigeons as they fly into their breeding and roosting site on North Brook Island has now been recorded on film and in text. Sarah Scragg’s 26 minute documentary The Coming of the White Birds was launched in Cardwell on September 5th to an enthusiastic audience. Among those present at the event, organised by project director Bryony Barnett, were Cassowary Coast Mayor Bill Shannon and his wife Sue, Aboriginal elder Claude Beeron who gave the ackowledgement to country, and Wendy Green, wife of the late Dave Green who wonderfully embodied the spirit of the counts during the 25 years that he acted as their co-ordinator. Guest of honour was of course Margaret Thorsborne AO who, along with her husband Arthur began the counts in December 1965 and who has never missed a year, and rarely missed a count, in the intervening years. 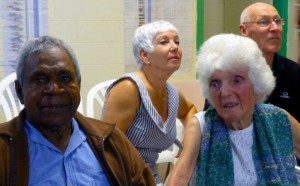 Margaret Thorsborne with elder Claude Beeron, and veteran counters Denise and John behind.

To accompany the DVD Margaret has written a 12 page booklet outlining historical observations of the birds back to the 19th century; how she and Arthur first came upon the islands and the birds, which were previously unknown to them; how the counts began, and how the birds’ fortunes have risen, fallen and risen again. Copies of the DVD and booklet are available for $15. Enquire here.

This season’s counts will begin in October and, due to a changed arrangement with QPWS, two of the counts will be financed independently. The Marine Parks Service will continue to fund and organise two counts in November and February but, for this season at least, the important October and December counts will be funded by the Thorsborne Trust, which is administered by Wildlife Queensland. If this pattern continues, as seems likely, some serious fund-raising will be required to ensure that this remarkable and important study – the longest bird population monitoring program in Australia – retains its integrity and significance. 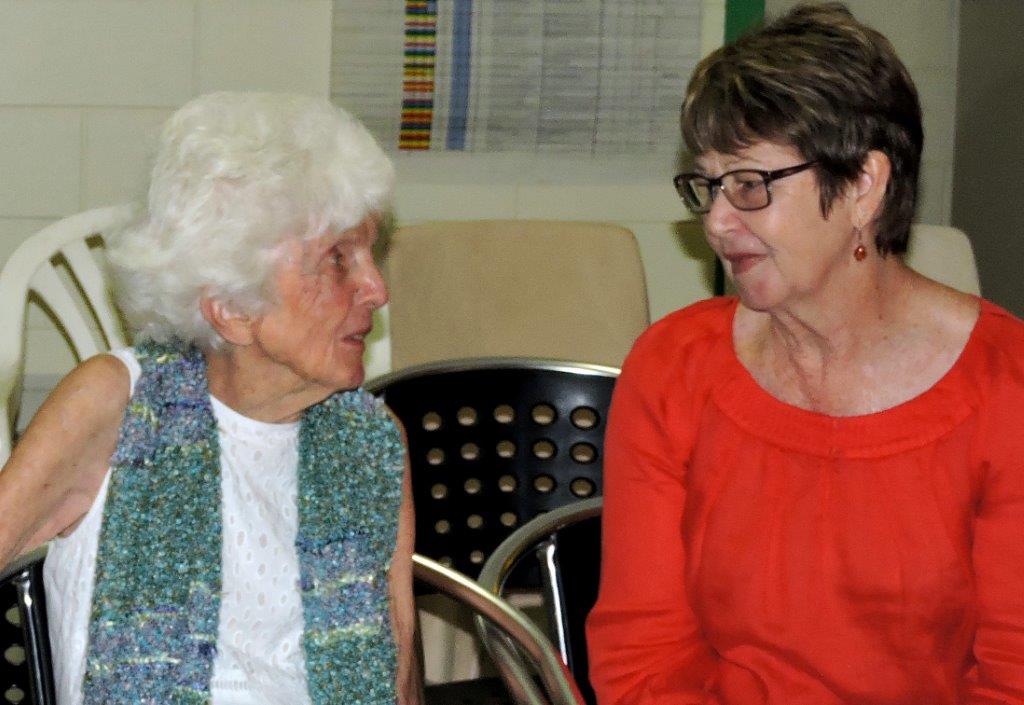 Margaret Thorsborne and Wendy Green at the launch. All photos courtesy of Daryl Dickson, Cassowary Coast and Hinchinbrook Branch.