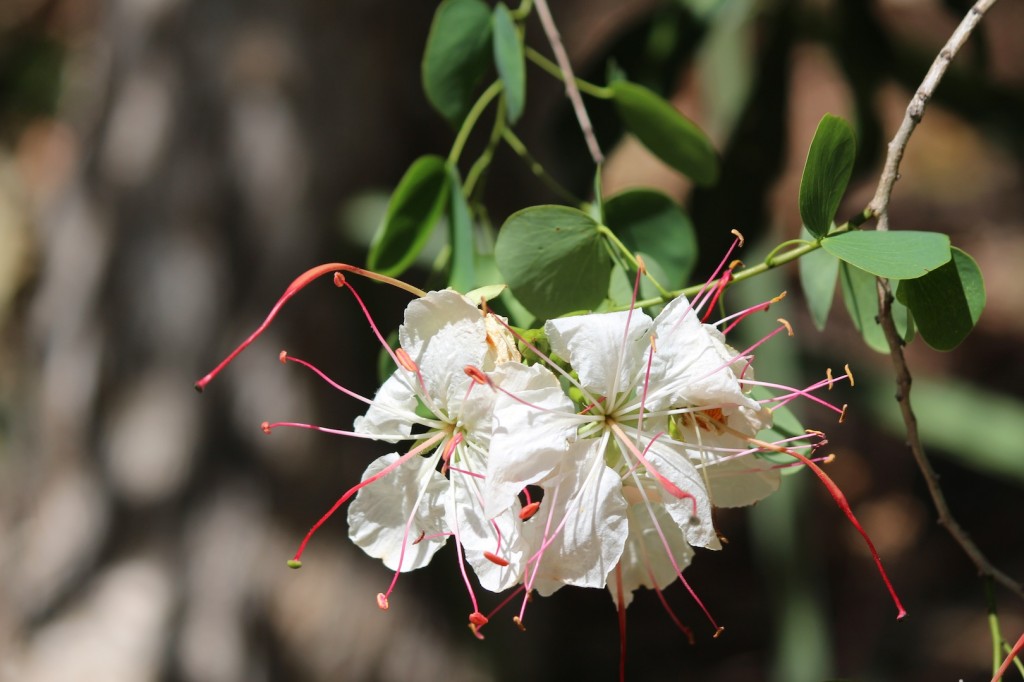 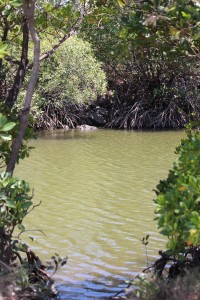 Twelve years ago the urban green space of Lou Litster Park, where we gathered on our October field trip, was little more than a wasteland, with some straggly mangroves along the banks of a neglected stretch of Ross Creek and not much else. Long before that the area had been mostly saltmarshes with Ross Creek (not really a creek at all but a tidal inlet) forming part of the Ross River delta. Now it is forever separated from its parent river by the large mound of Bicentennial Park, once the city refuse dump. But back in the day a waterhole known as the duck pond was enjoyed here by locals wanting to cool off in the summer – though I felt my spine prickle at the thought of what other ‘locals’ might have been waiting nearby in the hope of a meal!

Fast forward half a century or more and enter the concept of bush regeneration, the Landcare movement and specifically at Lou Litster Park, enter Christine Dalliston. Christine, our guide for the morning, has been the driving force in transforming this barren and neglected park into what is truly one of our urban treasures – though she is the first to acknowledge the help provided by other Landcare volunteers and, at different times, by Conservation Volunteers Australia and TAFE students.

Christine also paid tribute to the work and ethic of the Bradley sisters, Joan and Eileen, who starting in the 1960s laid the foundations for bush regeneration in Australia. Joan Bradley was the author of Bringing back the bush (1988) and you can learn more of their work on Wikipedia. Deep ecologist John Seed also gives a sensitive analysis of their methods which you can read here. The sisters’ simple principles – such as “starting with the good” (ie identifying the healthiest vegetation which remains, even if only a single tree, and working out from there), minimising disturbance to soil and terrain and allowing the regeneration of native bush to set the pace of further work – enable a self-sustaining and integrated habitat to develop where remnant vegetation can flourish alongside new plantings, which themselves will eventually start self-seeding. 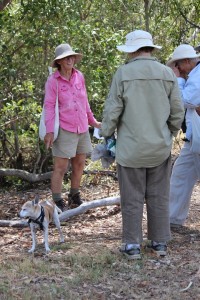 In keeping with these principles work began by bringing back the struggling mangroves and then planting the first line of trees behind them. Learning as they went, Christine and her volunteers discovered there was no need to worry about what to plant first, provided species were native to the area and appropriate for the site. Planting different types of plants together – ground cover, vines, small and larger trees – worked well, with each plant finding its place in the whole. From the first long line, they went on to plant in strips, circular ‘islets’ and ‘chevrons’ – the latter designed to increase safety for bike-path users by creating views through to nearby houses. The result is an impression of healthy, natural bush while maintenance slowly reduces.

Landcare volunteers still work there regularly one Sunday a month but for Christine and her equally passionate ‘second-in-command’ Lynn Saunders – who also joined us for part of the morning – this is clearly not a project to be restricted to a mere three hours a month! Their constant vigilance keeps the weeds at bay, removes unsightly litter, and allows them to monitor plant health, while making happy discoveries like a self-seeded Terminalia, the first flowering of a Leichhardt tree or the elaborate domain of a bowerbird in one of the chevrons.

Muddying our feet to get a closer look at the mangroves we returned to cross Queen’s Road at the point still known as Sandy Crossing. This was familiar to some of our group from their younger days when it was part of the original road, which sometimes went underwater at a king tide. Here we followed a track along the very last stretch of Ross Creek (or inlet) where it runs behind the houses of Sooning Street. Lynne had thoughtfully preceded our visit with a pair of secateurs to make our passage easier. Plantings have also been done along here, selecting salt-tolerant species close to the bank, then moving to woodland species further away. 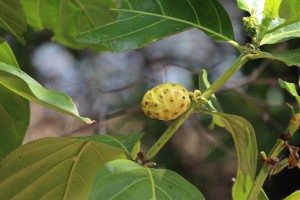 For once I have not included species lists, but my memories as a non-botanist are of the tall blue gums (E. teriticornis), the northern brush box (Lophostemon grandiflorus), Melaleucas (sp. leucandendra and dealbata) and the bauhinia-like flower of Lysiphyllum hookeri. Particularly attractive was the coloured foliage of pongamia, Millettia pinnata, and the large shady leaves of the Leichhardt trees (Nauclea orientalis) and the Beach mulberry or cheese fruit (Morinda citrifolia). In addition to its medicinal and nutritional properties, Lynn told us the fruit can be used for making kava. On the ground Christine pointed out a self-seeded native lavender (Limonium sp.) and the banks were in places thick with the fleshy samphire (possibly Sarcocornia quinqueflora quinqueflora?).

Christine is a treasure-house of information about the history of the area, much of it gleaned from long-time residents who became interested in what the group was doing, and her knowledge is enhanced by maps and photographs which she brought for us to see. She also has comprehensive vegetation lists, far too large to include here. But I’m sure that anytime you are passing, especially on the third Sunday of the month, or at other times if you see her at work there, she will be happy to share her knowledge and enthusiasm. It is entirely fitting that a plaque acknowledging her leadership and effort has been placed on a large rock near the start of the bike path.

Thank you so much, Christine and Lynne, for sparing several hours of your precious time to enlighten and inspire us. Thanks also to Melissa for once again providing a great folder of photos. You can click on those in this post to enlarge – or better still view all of them here. 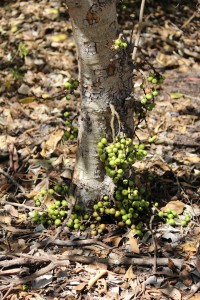 An example of cauliflory – species anyone? Photo Melissa Copnell.

A bikeway to the city via the bush. Photo Melissa Copnell.