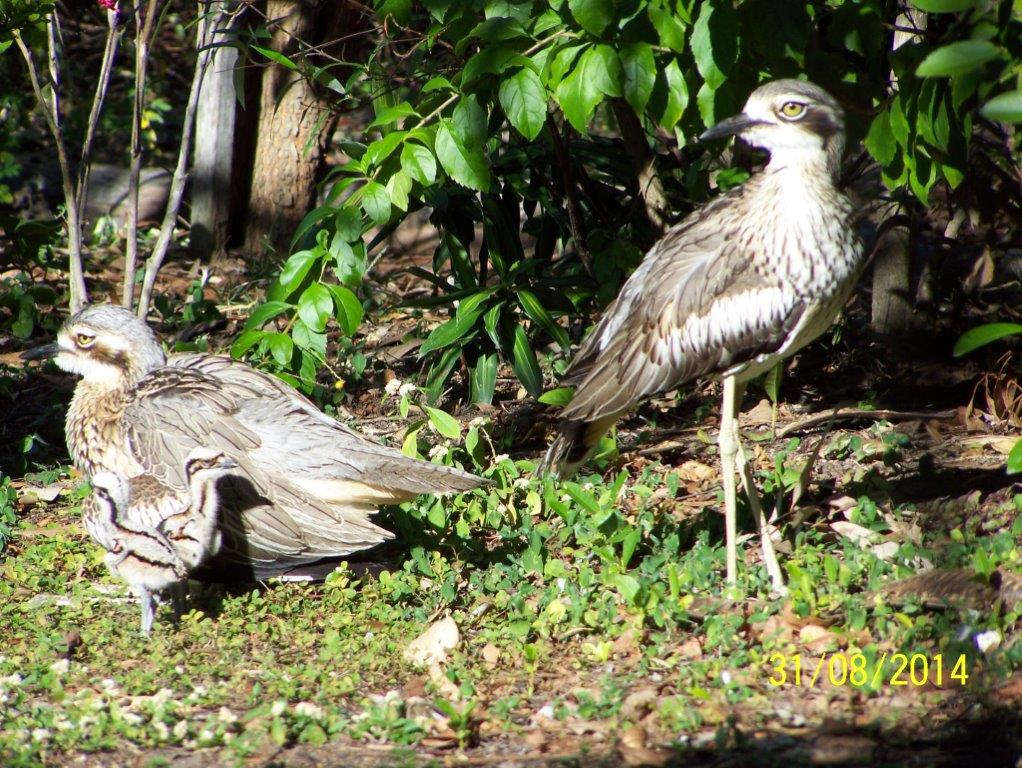 Spring has sprung, the doonas are off the beds, the koels are calling around town, pied imperial-pigeons are starting to arrive and a coucal has been scuffling busily in my front yard. But some birds don’t wait for spring to get busy with breeding. At the end of August Laurie, at Mt Low, sent me photos of the stone-curlew family which calls his backyard home – mum, dad and a pair of chicks. Let’s hope another visitor to Laurie’s backyard, a brown goshawk which came to his birdbath in May, will not be calling by for a curlew chick snack. 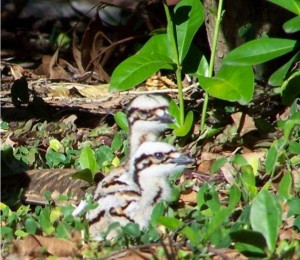 The curlews’ habit of nesting on the ground makes eggs and chicks vulnerable to prowling cats and dogs as well as native predators, but the parents are staunch defenders and will adopt a threatening posture, spreading their large wings and hissing angrily, if one approaches. Even so, observations made by two other members over a ten year period indicates that recruitment is very low. Their observations of the curlews at their Mundingburra home will form the subject of a later post.

While the curlews (full name bush stone-curlew, Burhinus grallarius) seem common enough around the city, and of course on Magnetic Island, they are now uncommon to rare in other parts of Australia, and officially listed as endangered in NSW and Victoria where they were once abundant. In these states sparse populations are now found only in scattered and isolated locations. 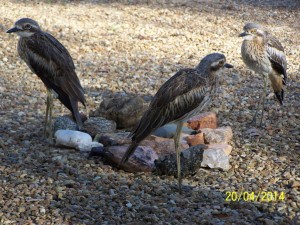 When is a curlew not a curlew? Taxonomically the bush stone-curlew belongs to the diverse order Charadriiformes, most of which are waterbirds, including coastal waders such as the true curlews (like our eastern curlew with the long downward-curving bill), seabirds such as gulls and terns and a few land birds like plovers and lapwings. Within this order the bush stone-curlew belongs to the family Burhinidae of which we have two species in Australia, the other being the much rarer beach stone-curlew (Esacus magnirostris). There are eight other species worldwide, all with the distinctive large eyes, cryptic markings and prominent joints on their long legs which has given them their alternate name of “thick-knee”. As well as being unflattering (in my opinion anyway) ‘thick-knee’ is a misnomer since the joint in question is not a knee (knees do not bend backwards!) but an ankle. 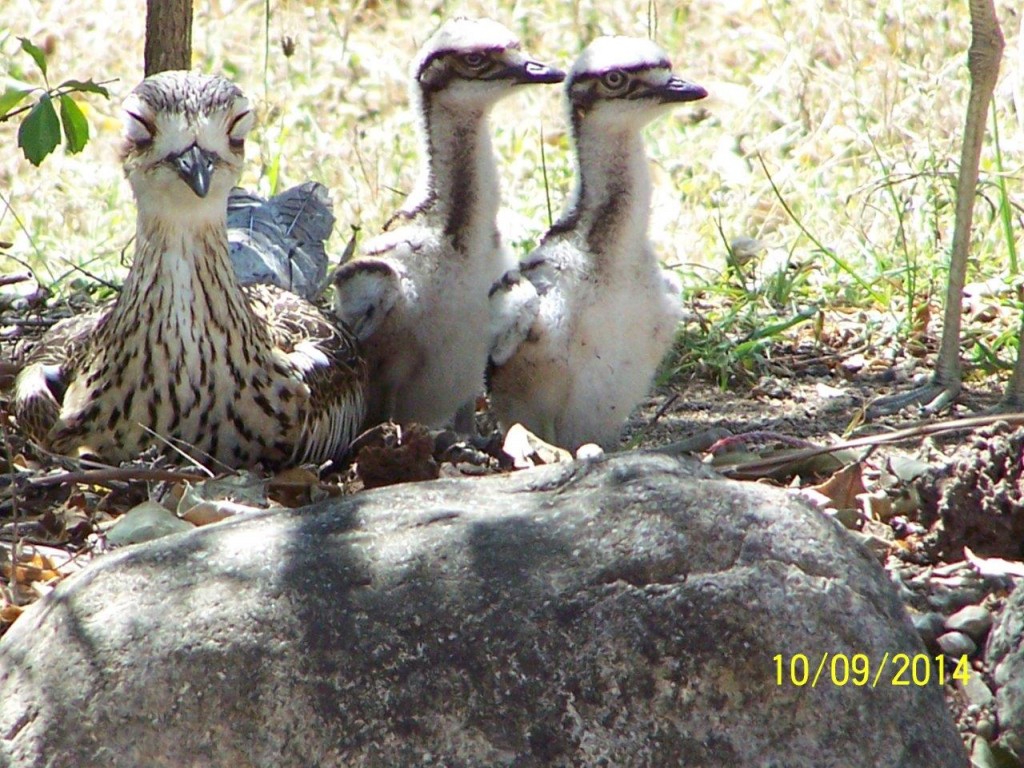 When do I get some sleep? Chicks ten days after top photo. Photo Laurie Hall.