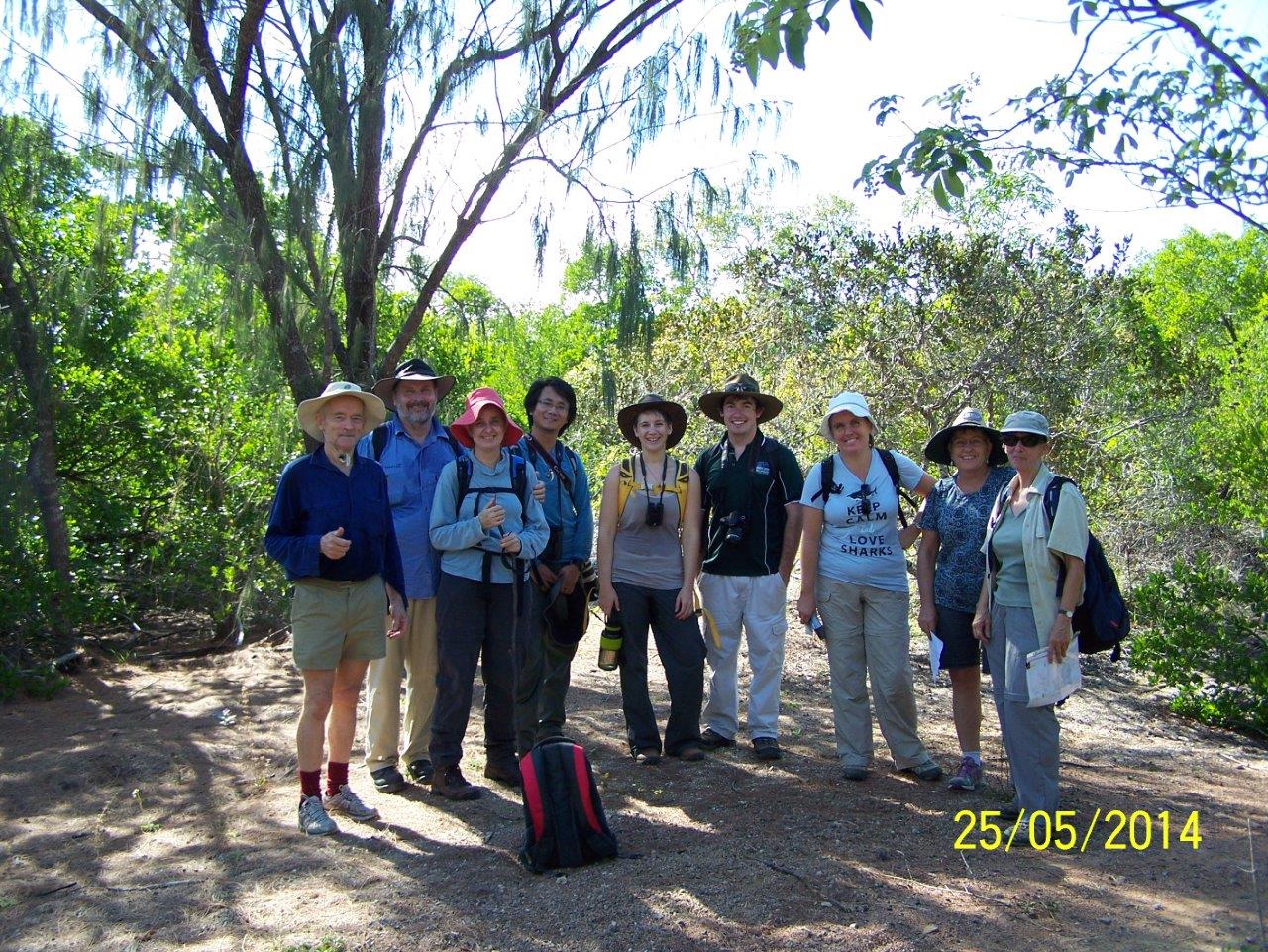 Some of the group near the mangrove bridge. Photo Malcolm Tattersall/Laurie Hall

Last month saw an excellent turn-out of walkers and beautiful weather for our long hike on the Town Common’s celebrated “Under the radar” trail – what more could we ask for? Several of us have been wanting to walk this trail for over a year and we were certainly not disappointed. This is a beautiful walk and a great extension to the network of tracks which has been established on the Common in recent years. 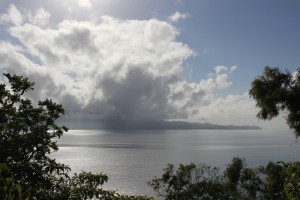 The route branches off the Shelly Cove trail and in its early stages gives some wonderful and “different’ views across to Magnetic Island, which on this morning was still wearing a shawl of mist and low cloud. Offshore a pair of Brahminy kites were having fun chasing a wedge-tailed eagle. With some gentle climbs and descents the track led us on through attractive vine forest until reaching the mangroves behind Shelly Beach. At this point those who did not want to do the whole circuit turned around and headed back to the start. The remaining 13 pressed on to where a bridge crossed a rocky creek, still holding some water after the late rain. Though not yet midday this seemed a good place to stop in the shade for some rest and refreshment. 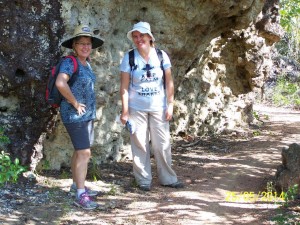 A pause in the shade of one of the large rock formations. Photo Laurie Hall

Moving on, we zig-zagged through more open woodland dominated by E. tesselaris and E.platyphylla, with unfamiliar views of the northern slopes of Many Peaks on our left, and across Shelly Beach and Halifax Bay to our right. As the track curled around the western end of Many Peaks it eventually came close to the old Shelly Beach vehicle track. Most of us opted to follow this broader and more direct path, while two more dedicated bushwalkers remained on the track proper, both tracks eventually meeting near Bald Rock. Being back on familiar ground gave some of us a deluded sense of being “near the end”  – but of course it was still another 4.6 km on the Lagoon trail before we could walk out to our cars at Pallarenda. Pausing to enjoy the spectacle of magpie geese, egrets, spoonbill and some distant brolgas feeding on the lagoons and swamp was a good excuse for a rest on the final stretch. 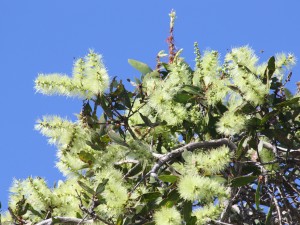 I apologise for lack of botanical information in this report, though we did notice the Burdekin plums (not quite ripe enough to eat) on several trees and the flowering Melaleuca viridiflora along the Lagoon trail. However, Stanley is responsible for the very impressive bird list (see below). I wish I had seen more than a fraction of them! Thank you to Stanley, Laurie and Malcolm for their wonderful photographs. We also enjoyed having the presence of Cam, Lis, Helen and Jan – all joining us for the first time. We’d love to see you again!

A final note: This trail was created by mountain-bikers chiefly for mountain-bikers but walkers are welcome to share it. Because we were an organised group we advised the local National Parks office of our plans in advance, who in turn informed the local mountain-bike group. This ensured that we would not clash with any organised biking event and that most bikers using the track that day would be aware of our group. Individual walkers would not need to do this but should still be on the alert for cyclists as they do have right of way. All the cyclists we met on the trail were friendly and polite while in turn we did our best to move out of their way and alert those ahead of us to do likewise.

Now for the bird list and a couple more photos. Do remember to click on all the photos to enlarge to full size – it’s worth it when the quality is this good!! 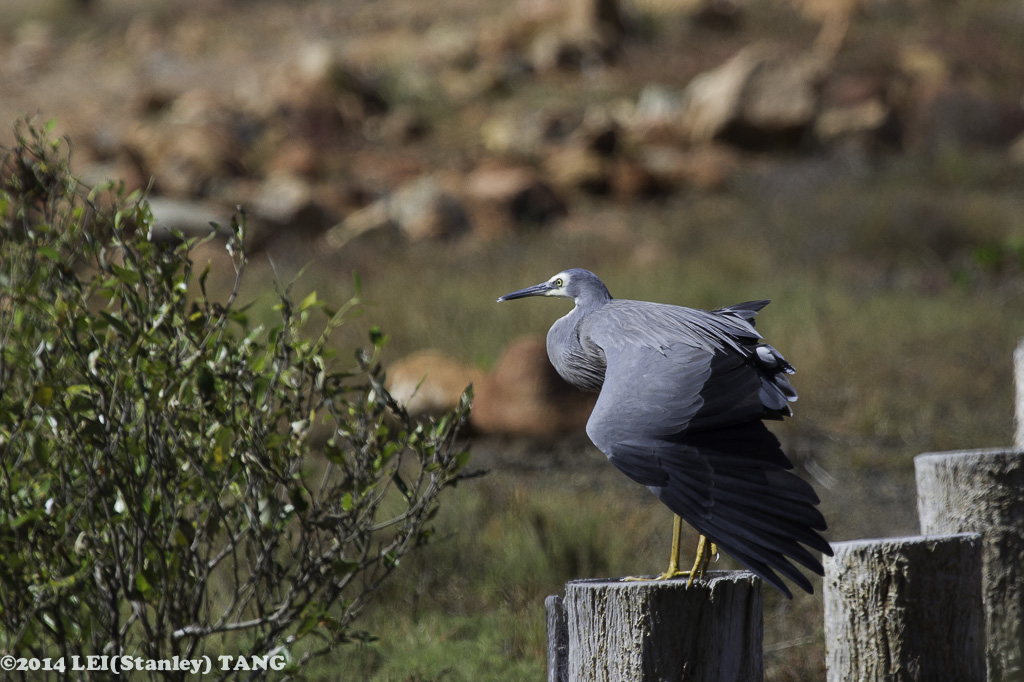