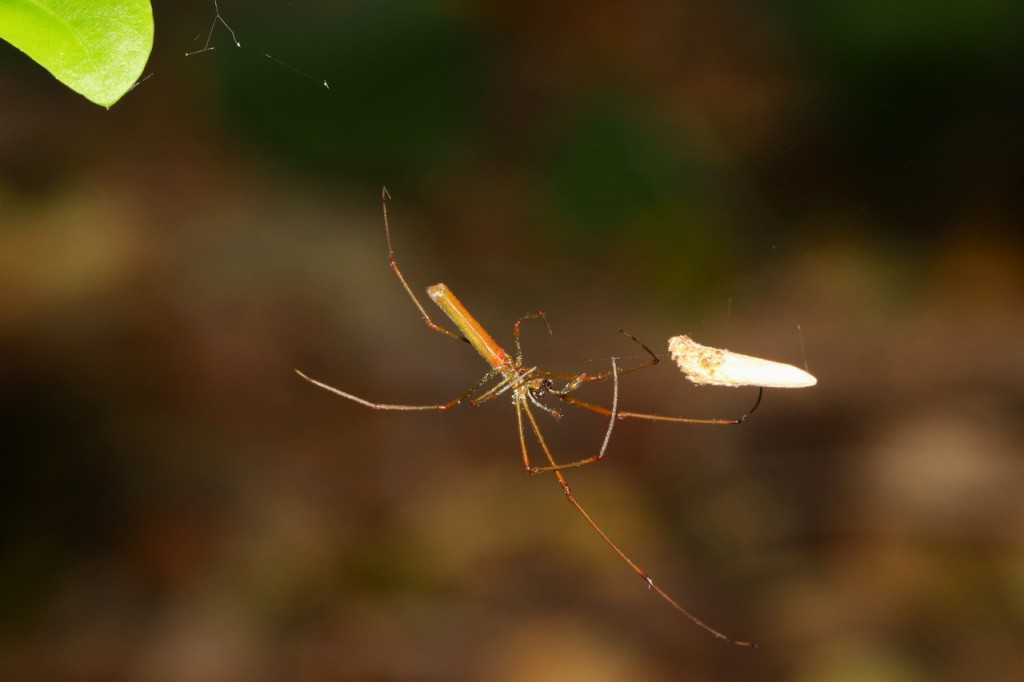 Undeterred by possible showers and probable mosquitoes, eight members and friends met on the banks of the Ross River on an overcast morning. It was a pleasure to have two new faces, Malcolm and Glenda, joining us and I am indebted to Malcolm for the great photos he supplied to adorn my prosaic text. 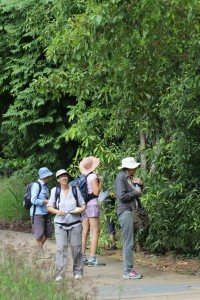 After some deliberation we decided to confine our walk to an area on the river’s southern bank with dense shade cover (albeit much of it from introduced species like tamarinds and poincianas) and where old tracks lead away from the bike path towards the water. This area was once designated to be left in its natural state when the housing development was going through but has since been partly cleared and sliced through by the wide, paved bike-path. In many places it appears that weeds and exotics far outnumber the native plants, though a few casuarinas, terminalias (T. catappa), eucalypts (mostly E. tereticornis, I think) and of course melaleuca (M. leucadendra) maintain a presence.

Other natives seen were the small tree Lophostemon grandiflorus (Swamp box), pandanus sp., and Leichhardt trees (Nauclea orientalis). Of the weeds, it was particularly disturbing to see the exotic Dutchman’s pipe vine (Aristolochia elegans) which, in some parts, sprawls everywhere. This vine spells death to the larvae of our beautiful Cairns birdwing butterflies. Mistaking the vine for the harmless native variety, the adult butterflies lay their eggs on it, only for the caterpillars to be poisoned by its leaves. 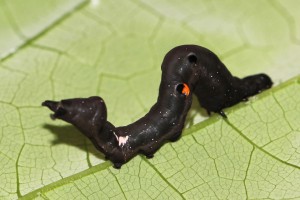 Can anyone identify this? Photo M. Tattersall.

Malcolm’s interest in the smaller forms of wildlife helped us to focus attention on some of the butterflies, spiders, ants, grubs, damselflies, dragonflies and wasps which we too often overlook. Butterflies included the Common crow, Two-brand crow and Common Eggfly, while there were small clouds of Sapphire Flutterers (dragonflies) above our heads. The eight-leggers included a male long-jawed spider and a female orb-weaver, closely related to the more familiar St Andrew’s Cross spider.

The only mammal seen was a small, recently deceased bandicoot (see below) believed to be a young northern brown. It appeared to have no marks on it and even the ants had barely discovered the corpse. Could a fumble-clawed owl have dropped it? 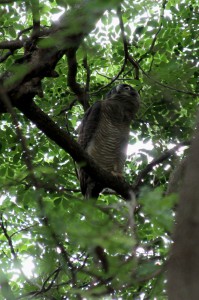 There was good bird activity with a white-browed robin and both brown and yellow honeyeaters calling. (Thanks, Jane, for identifying the first). Also very audible were a little shrike-thrush, varied triller and the swee-weet of a mistletoe bird. Black cockatoos and laughing kookaburras were even louder. Wandering off the biketrack to get closer to the river we found moorhen and jacanas among the lilypads, and an egret flew past, partly obscured by trees. But the most exciting sighting (!) was to come when Beth flushed an owl from one of the large trees near the bank. When we found the pair, high up in a large tamarind, we assumed they were Barking owls – only later when bird books had been consulted, and with the confirmation of photographs, did we realise we had been privileged to see a pair of … roll of drums … Rufous owls! The thrill may have been retrospective but no less exciting for that. The second largest of Australian owls, they are described as “shy and elusive” making them notoriously difficult to see. In Australia they only occur in the north and their population is thought to be in decline. Lucky us!!

Before leaving we gathered some of the human debris (cans, plastics) into one place and I returned a few days later to collect and deposit in appropriate bins. The voracious mosquitoes, mostly absent on Sunday, prevented any further attempts at owl-watching! Thanks to all who came and of course to Malcolm for the photos (do click to enlarge). And do take a look at his excellent blog, Green Path, for more great images and articles. Our modest bird list, and a few more photos, follow. 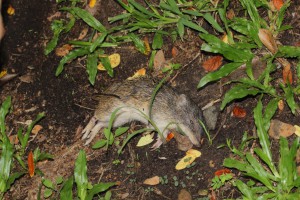 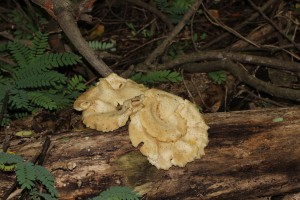