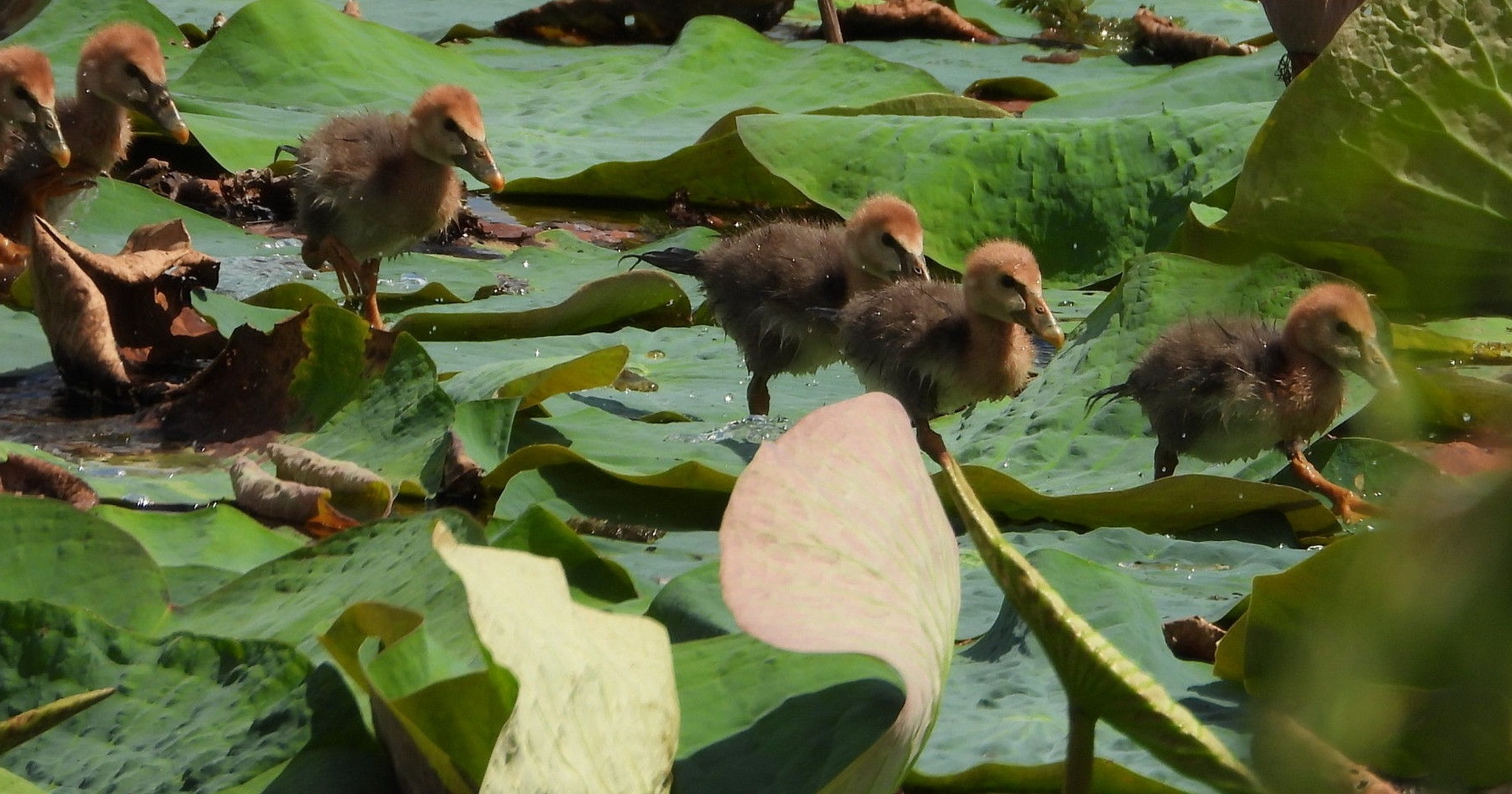 September was the Australian Conservation Foundation’s Platy-project, and Wildlife Queensland joined it in encouraging members to take part by looking for platypus in their local waterways. As there is an old unconfirmed report of a platypus sighting in Ross River, at coordinates which placed the animal in the (unlikely) saltwater tidal side of Aplins weir, we went walking upstream along the southern bank, looking for parts of the banks which might be platypus-friendly.  No one really expected to see a platypus as there’s never been another sighting and hordes of people walk along the paths beside the river every day. The presence of introduced freshwater crocodiles in Ross River also makes the presence of platypus unlikely, though fortunately there’s no proof that a freshwater croc would eat a platypus. 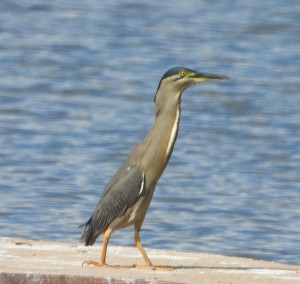 As we walked along the footbridge from the park to Annandale a striated heron on the other side of the weir and two juvenile welcome swallows on the rocks below occupied photographers. An adult welcome swallow also joined the juveniles briefly.

At the far end, on the rocks, were a solitary pelican and a little egret and, where a small amount of water was flowing down the weir wall, two Pacific black ducks were busy sluicing the vertical stream through their bills. 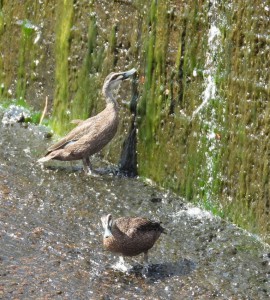 Only a little black cormorant, an Australian darter and an extended family of magpie geese were seen swimming, nothing in the least platypus-like. The only turtle seen basking on a fallen tree trunk was too far below the bank to be disturbed by humans walking by and was still there much later when the last of us were walking back to the park. A number of comb-crested jacana fluttered over lotus leaves, then disappeared from sight. 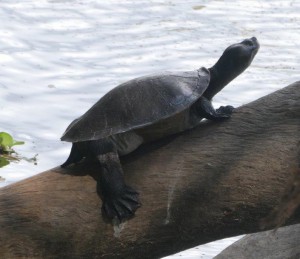 Vegetation along the bank is a mixture large old paperbarks, non-local natives eg foxtail palm, and aggressive weeds like neem trees and the ivy gourd vine starting to smother a patch of vegetation with its thick branching coils.

After spotting a small convoy of magpie geese with goslings positioned between adults, we stopped to watch them as they came towards the bank and started feeding under the lotus leaves. The goslings were only easily visible when they walked on top of the leaves.

On the walk back, opposite a convenient seat, a number of dark-coloured insects were fluttering among the high branches in a manner difficult to follow with binoculars to allow identification, but eventually they were recognised as Sapphire Flutterers (Rhyothemis princeps) though ‘sapphire’ seemed a bit inaccurate. There’s an Asian species R.triangularis also called Sapphire Flutterer which really is blue. We have come across these  atypical dragonflies along the river on a walk some years ago. 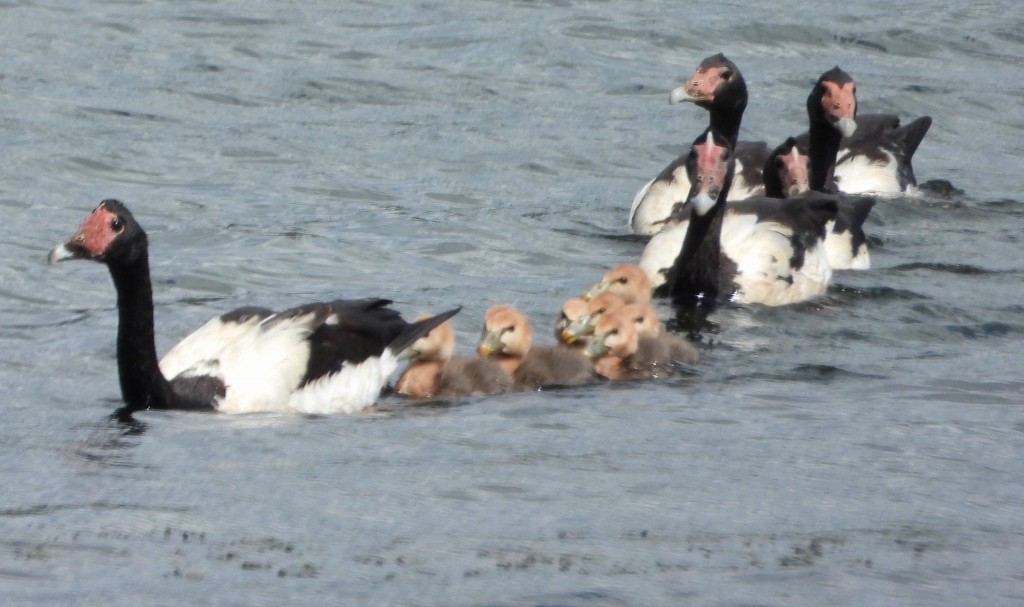