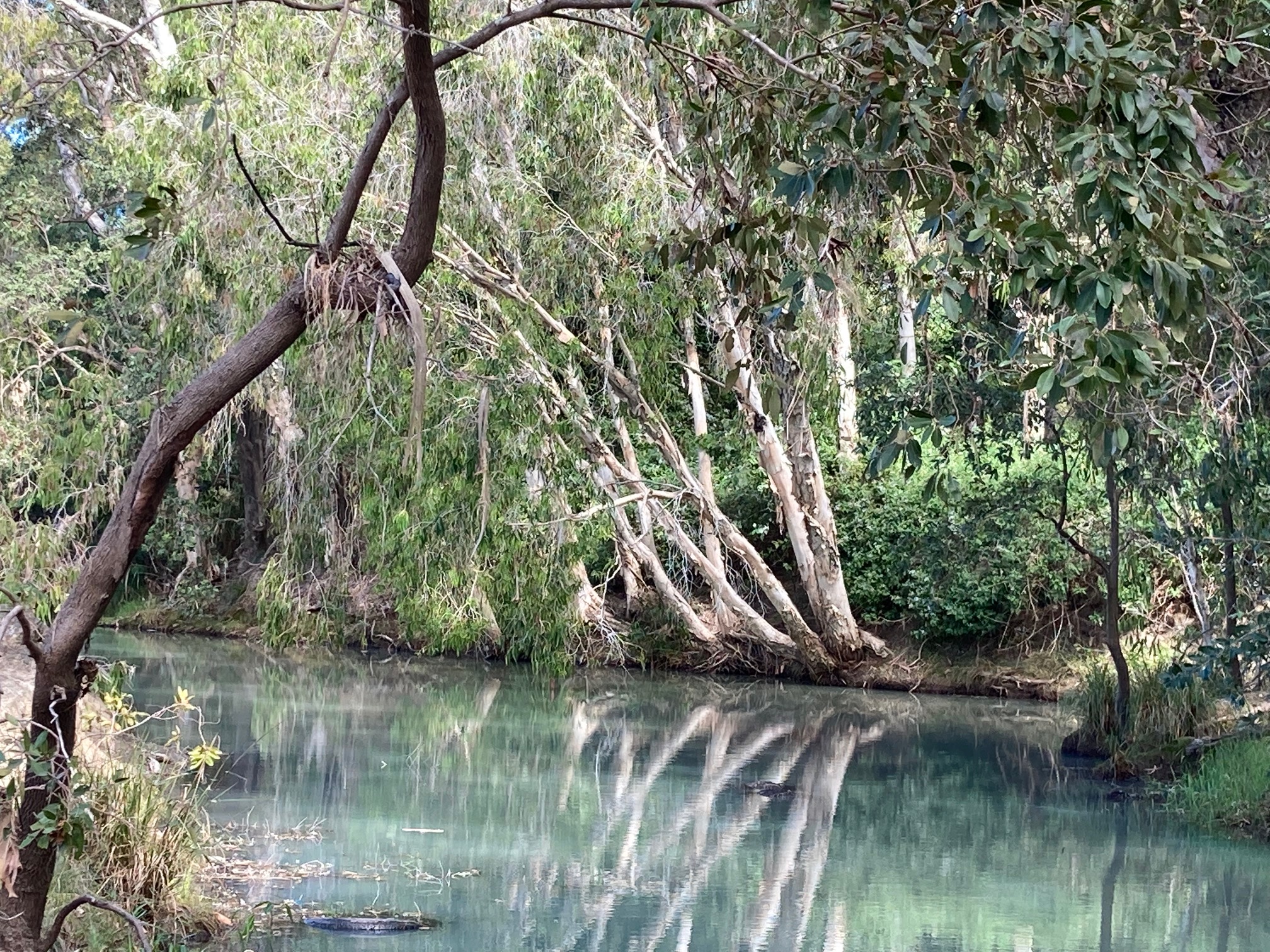 This was not an area we had explored previously and most of us hadn’t been down Gumlow Road before. This is marked as a private road but we had permission to enter and do some bird-watching. Beside a culvert over the river were several huge old Melaleuca trees, including a M. leucadendra covered in flowers and a M. fluviatilis beside the road. Once we climbed down from the road into the river bed we were impressed by the beauty of the area. 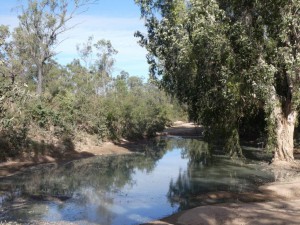 There was only a narrow shallow stream still flowing on a wide sandy bed. Parts of the bank were conglomerate that had been shaped by erosion into many hollows and basins. A claw from a tiny freshwater crab had been left there. The water had that blue tint related to the composition of suspended clay particles, similar to the blueness of the ‘spa pool’ outside Cardwell that we’d visited years ago. 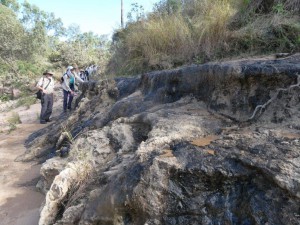 Melaleucas were definitely the dominant tree species along the banks, although bloodwoods and Acacia salicina were noted further back from the stream bed.

Small fish could be seen occasionally, and one live mussel was sitting quietly filtering in about 20 cm of water until someone picked it up and ruined its morning temporarily. Only a smaller dead mussel shell was seen further along. Maybe others were better covered with sand and escaped detection.

We reached a large pool that stretched from bank to bank below a conglomerate wall a metre high. No one wanted to wade across the pool, instead we found a narrow path along the sloping bank and explored a bit further. Eventually we straggled back towards the road. 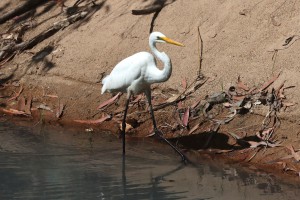 On a large flattish part of the bank we stopped for a snack and the hope of seeing some birds. After a while someone pointed out a great egret walking towards us along the opposite bank. It kept walking as if oblivious of a dozen people sitting and standing nearby photographing it, caught a small fish, and after a few more steps flew off. We also left shortly after in a far less graceful fashion. 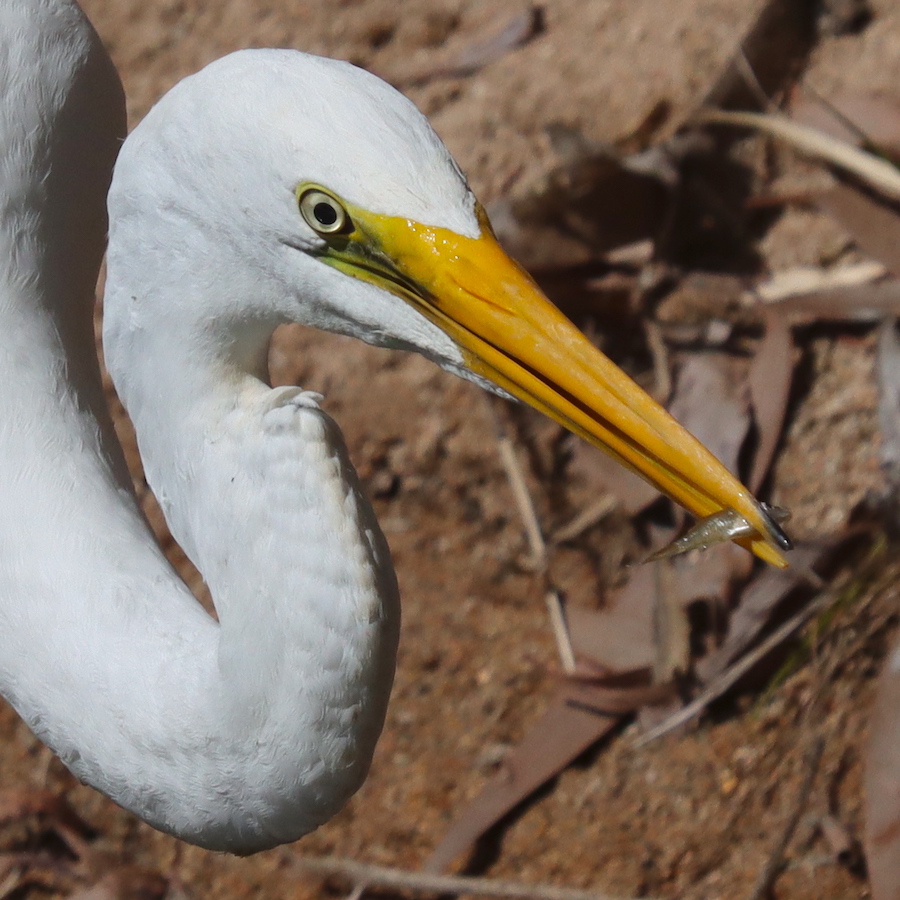