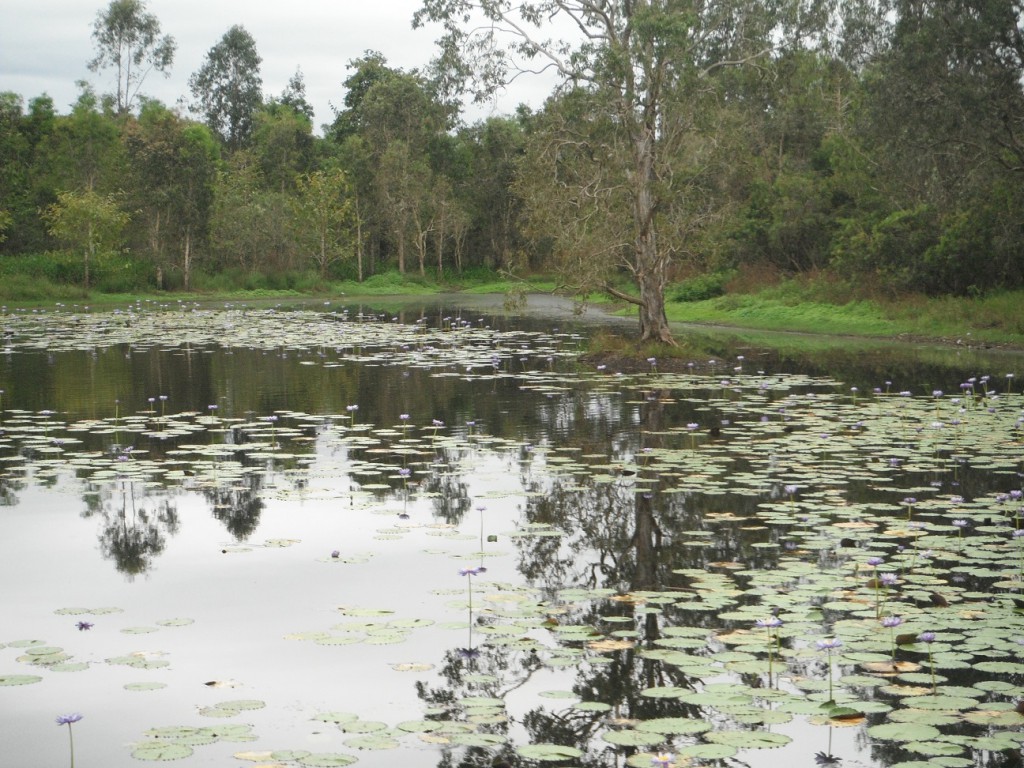 Once again we outsourced our agonising over where to go for the next trip, and joined with our friends from Cassowary Coast and Hinchinbrook Branch on their outing to Tyto Wetlands at Ingham on a pleasantly overcast day. 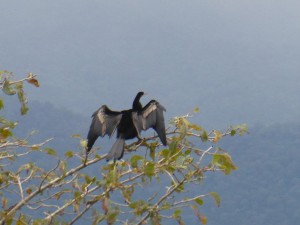 The bats who had briefly resided at Tyto after being harassed from the Ingham Botanical Gardens were not heard or seen anywhere as we strolled along the Pandanus circuit. We hope they are living somewhere far from human interference. 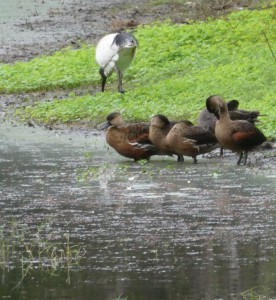 There were not large numbers of water birds or many different species (see list below) but as usual the surrounding bush and grasslands was home to many terrestrial species. A few smallish turtles, Emydura macquarii were seen under one bridge, maybe because turtles were only visible from directly above, not because they were hoping to be fed.

The vegetation varied with bogginess, pandanus, paperbarks and cordylines giving way to eucalypts, Glochidion and introduced African Tulip, conspicuous with its large reddish orange flowers. These last are considered a pest as their wind dispersed seeds spread widely and seem to germinate and thrive even on poor soil. They are probably not worth the effort of removing from Tyto Wetlands as the surrounding football fields and suburban back yards are unlikely to be taken over by them, as long as there are mowers. There is also the argument that as the planet rushes to higher temperatures and more severe weather events, and the government encourages more land clearing despite saying it doesn’t, removing a mature CO2-user which is also providing cooling and habitat, simply because it is introduced is ridiculous. 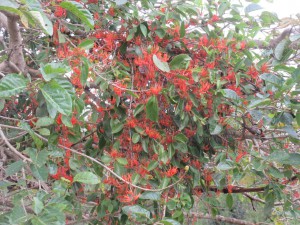 The Ingham district, especially around the treeless wastes of canefields, seems incredibly popular with Willy Wagtails. We only saw a few, but some were swooping almost to water level to snap up insects and displaying impressive acrobatic skills. If members of your family practice dodging oncoming cars at the last moment, then not crashing into the water is probably an easier skill to master. 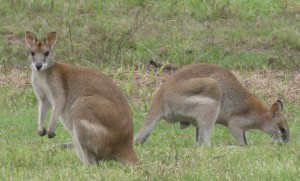 Walking back to the carpark we passed dozens of Agile wallabies grazing on the regrowth grass in the mown area beside the football field. A big male stayed in the vicinity of a female with a large joey, ready for the time in coming days when she will be sexually receptive, and by which time other males will show up. Then at the edge of the carpark two quail were busy beside the track, uncaring of humans beside them.They were introduced quail and apparently tame escapees from the chook yard some metres away.