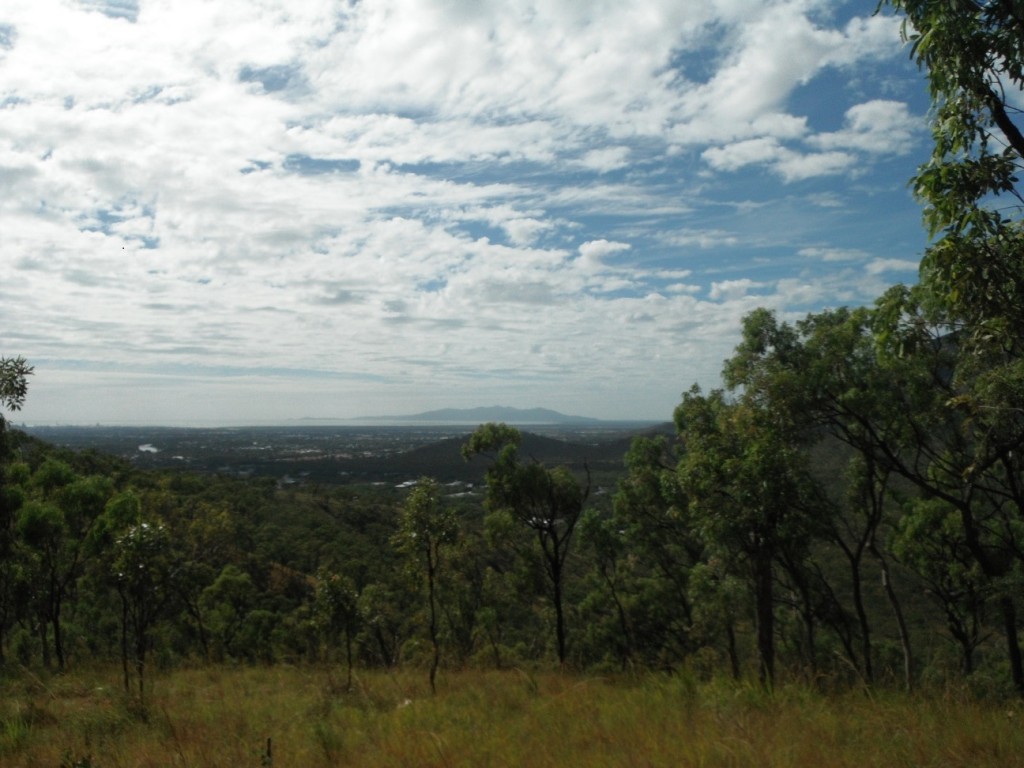 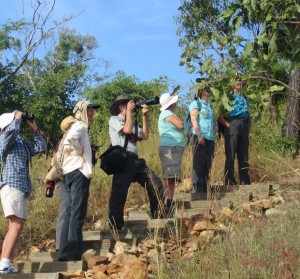 It wasn’t a stairway to heaven, just 500 steps up Mt Stuart’s foothills for our May outing. Behind the University mountain bikers have made many kilometres of tracks around the hills, and as well there are steps built up the closest hill to allow pedestrians some exercise other than dodging bikes. The steps are well spaced and the gradient is easy, so it wasn’t particularly arduous. There was also the view that needed regular checking allowing brief surreptitious rests. 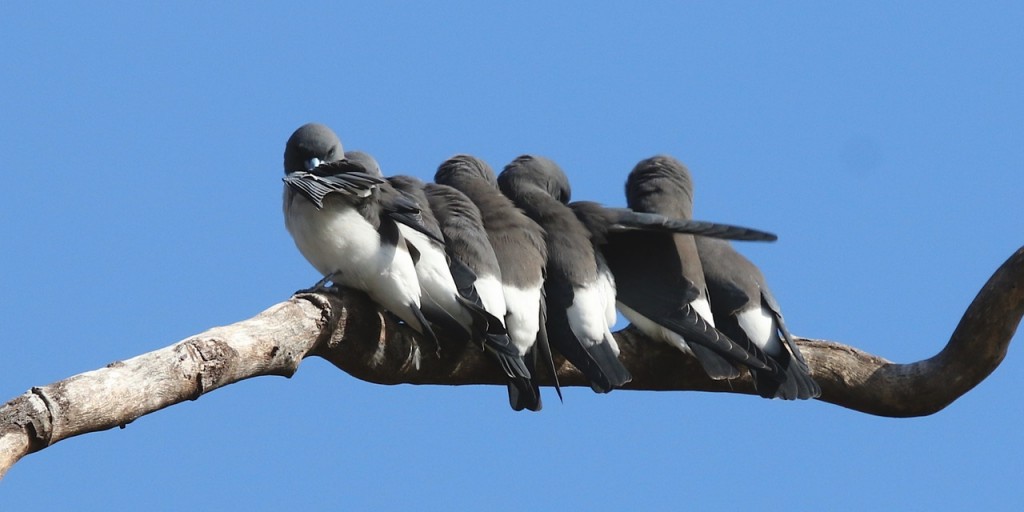 Although we started just after 8.30, there were no birds heard or seen other than a number of white-breasted wood-swallows crammed together as is their habit on a dead branch. We climbed upward beside grasses, mainly giant speargrass and speargrass, though there were also patches of introduced grasses, and sparse trees including poplar gum, bloodwoods and ironbarks. 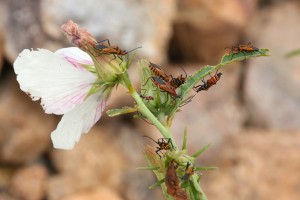 We passed some native hibiscus plants Hibiscus meraukensis that had attracted numbers of Cotton Plant Bugs Aulacosternum nigrorubrum, and noticed in the grass the unusual web of the social spider Badumna candida. Unlike most spiders, the spiderlings don’t disperse to live separate lives, but live communally, sharing prey and web-work, until the sub-adult females move out to establish new homes, and the males are overcome by pheromone-driven intolerance and can’t stand contact with each other. Both males and females experience high mortality rates after leaving home due to birds and other predators. 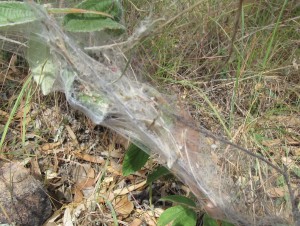 At the top of the steps, a seat had been added so people could relax and contemplate the view, but after a few minutes almost everyone decided to continue along a bike track to the top of a small hill. There were hardly any bikers around by this time, and while the track was often of loose granite gravel, it was mostly easy walking. It was interesting to see aspects of Mt Stuart and surrounding hills not visible from the bottom. 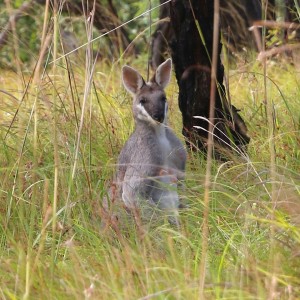 At the turnaround point, there was a magpie pecking around where people tend to snack. Hopefully it is not cultivating a taste for human food. A Pretty-faced Wallaby Macropus parryi stood watching, graciously allowing a number of people to take his photo.

By this time it was noon and no real shade over the track, so people made a more rapid descent to the car park and the rest of the day. It would be interesting to check out some of the other tracks on the foothills some day.

Thanks to Mike for spider information (these spiders were the subject of his PhD) and to Malcolm and Liz for photographs – do click to enlarge Malcolm’s gorgeous shot of those snuggly wood-swallows! As a bonus, an additional collection assembled by Julia, including more of the identified plants, can be viewed here. You can also read Malcolm’s account of the walk, with additional photos, on his Green Path blog.