Most of you will be aware that Stop Adani groups have been active around the country, around Queensland and around Townsville over the last months. A number of our members have become involved locally, turning up at Flinders Street market stalls, protest actions outside CommBank branches (the only Australian bank which – until Friday – had not ruled out providing financial backing for the mine), the ALP State conference, and other events. 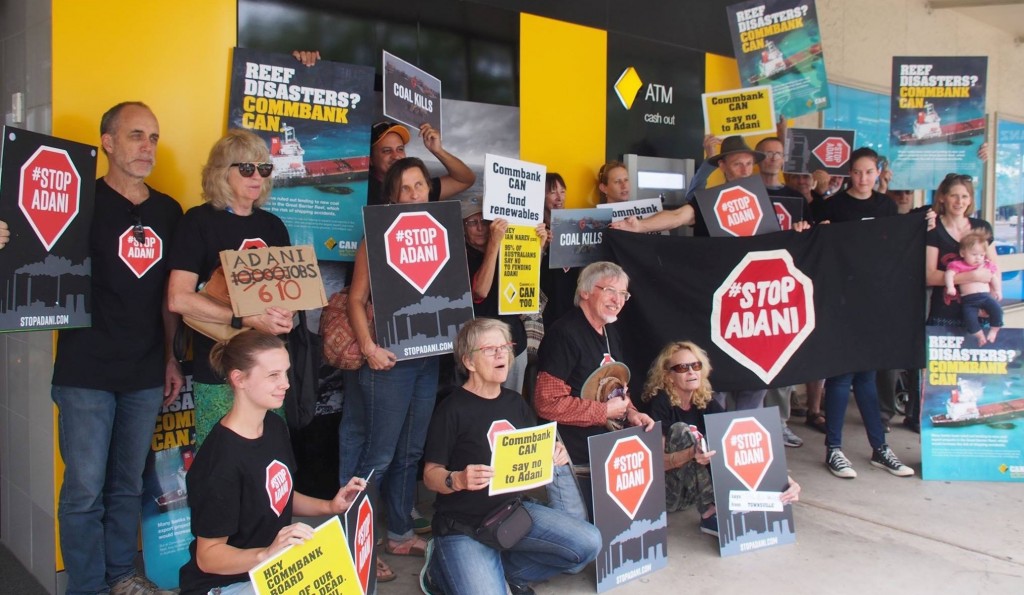 So if you’re wondering what has Adani got to do with wildlife – here are a few answers.

The mine site: The mine is located in the Galilee Basin in central Queensland, an area containing vast amounts of thermal coal. Because of its remoteness this ancient fossil fuel resource had until now been unexploited. If the Adani mine proceeds there is a real risk (and for many Coalition MPs and the pro-coal lobby, this is actually a real hope) that at least 8 more mine proposals would take off because of the potential to share infrastructure. 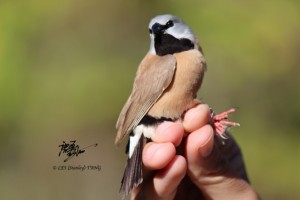 Even for just one mine up to 20,000ha of land would be cleared of which at least half is mature woodland vital for the survival of koalas, echidnas, endangered reptiles and many birds. Of the birds, one of Australia’s most endangered species – the southern black-throated finch – would have its habitat destroyed. Other impacts on wildlife and habitat include: habitat fragmentation by roads, railways and other infrastructure; increased invasion of weeds and pests; increased fire frequency; disturbance from noise, lights, vibration and dust; structural changes to the ground surface from subsidence and cracking, which may significantly affect vegetation.

Water: The mine will consume enormous amounts of water, including an unrestricted amount from the Great Artesian Basin. Two groups of rare natural springs, vital for flora and fauna, are expected to be irretrievably damaged or to dry up completely. Water table levels are expected to drop by several metres in the vicinity of the mine and even 10km away will drop by 1 metre. Not surprisingly this is also of huge concern to farmers and you can read of their concerns here.

The Port: The Adani project involves the construction of a new terminal, greatly expanding the port at Abbot Point, an area frequented by sea turtles and several species of marine mammals. This expansion requires dredging of previously undisturbed sea-bed within the GBR World Heritage Area and would almost inevitably contaminate the water, destroy seagrass meadows, risk pollution of the important Caley Valley wetlands (habitat for the endangered Australian painted snipe), disturb marine fauna and the turtles’ nearby nesting sites. An expected increase of ≈500 coal ships a year (≈10 per week) will increase risk of boat strike to dugong, snubfin dolphin and humpback whales and calves known to use the area. As the volume of shipping increases so will the risk of groundings and toxic spillage – with the potential to bring more harm to wildlife and the health of their marine habitat. There is a high risk of toxic leakage and sediment discharge into coastal wetlands and inshore waters – just a few days ago the Adani company was found guilty of very significantly breaching the special licence it was granted in March, discharging large amounts of sediment into marine waters at Abbot Point.

The Reef: Accelerating human-induced climate change is now recognised as posing the greatest threat to the survival of the world’s greatest natural treasure – and to coral reefs around the globe. This threat comes both from the warming of ocean temperatures – which causes the phenomenon of mass bleaching – and from increasing ocean acidification  as more and more atmospheric carbon dioxide is absorbed by the oceans. Acidification affects all marine species having calcium-based structures, shells or exoskeletons. This includes corals which, as the waters become less alkaline, cannot absorb the calcium carbonate needed to build and maintain their skeletons. The effects of the “evil twins” of ocean warming and acidification are such that scientists are warning, if the world cannot rein back the amounts of CO2 entering the atmosphere, our beautiful reef has very little time left because it will be bleaching at an unsustainable rate. Two articles worth reading are this one written very recently by US author John Hawthorne, who contacted us directly, and this article from June 2016 which appeared in the Guardian (bear in mind this was written before the 2017 back-to-back mass bleaching event). 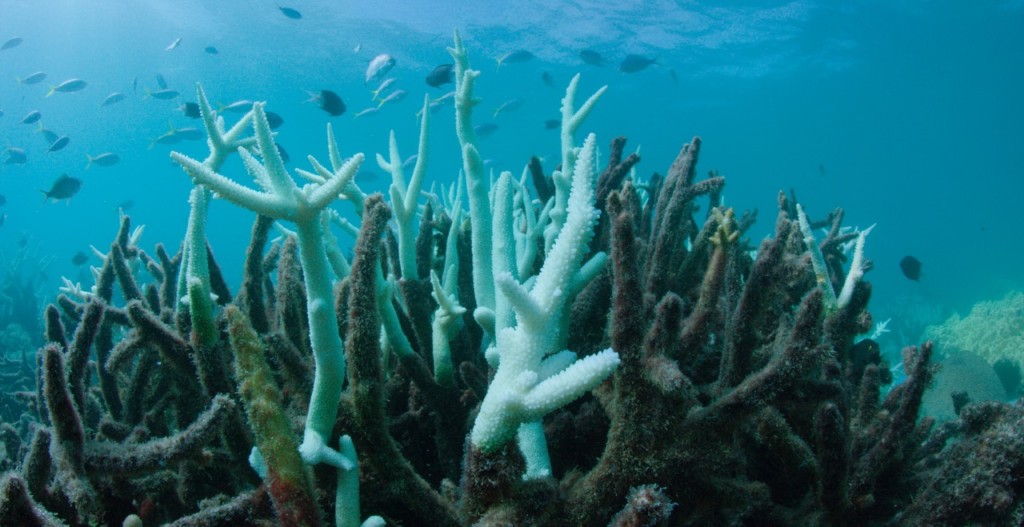 Join the fight of our times: This campaign has been described as “the fight of our times”. If allowed to proceed, the impacts of the Adani mine (and potentially a whole chain of others) will be felt from the inland to the coast and to the reef. But the consequences of allowing this coal to be mined, exported and burned will be far, far wider and homo sapiens will be among those species to suffer. Medical and health authorities are warning us that unchecked climate change presents huge dangers to human health and recently singled out the Adani mine as a “public health disaster” (The Lancet, Feb 2017). Yet our Federal government is planning to dig into public money to lend this poisonous project a $1billion helping hand …?! 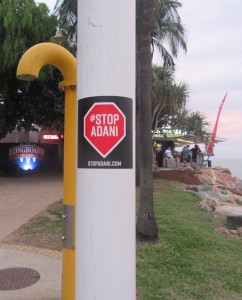 Please be active in whatever way you can, because sitting at home saying “isn’t it awful” achieves nothing. Holding up a banner may not be your thing – that’s fine, and not everyone is free or able to do so, but please do whatever else you can. Remember, for evil to succeed it is enough that good people do nothing! Here are some ideas: