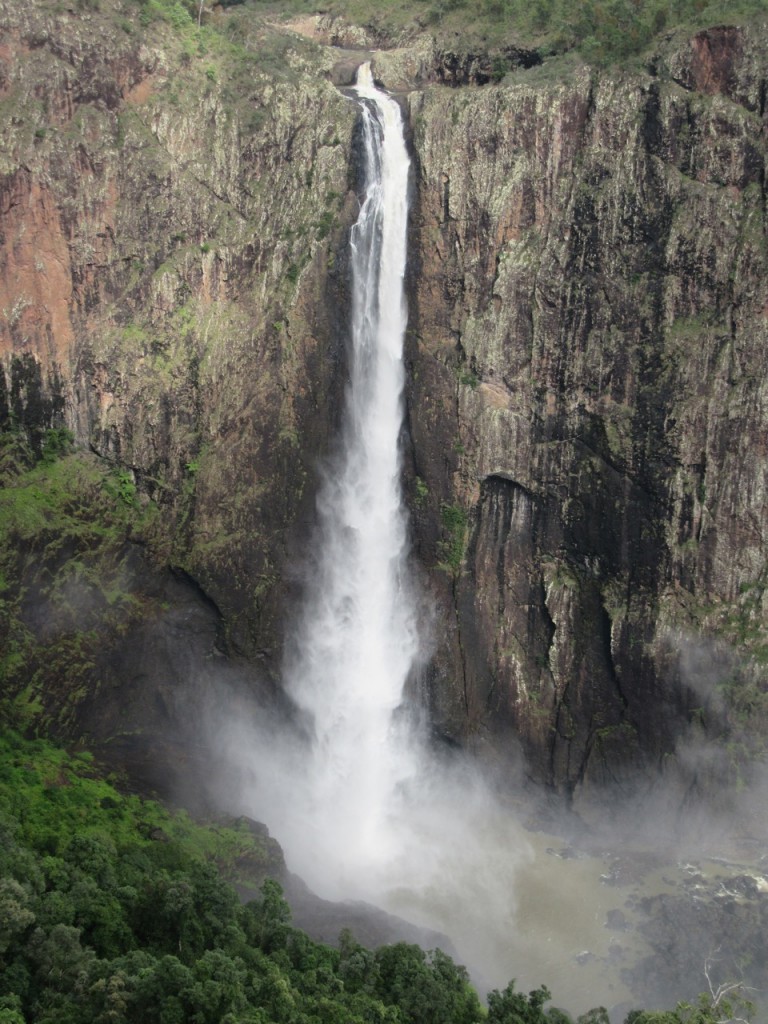 We fluked a beautiful day for the Wallaman Falls outing in between rain events. When we arrived at the Falls parking area, the group split into those who decided on cuppas first, scenery later, and those who bounded off to see the falls, but eventually all were at the viewing platforms. The rain of the previous days had increased the velocity and turbidity of Stony Creek above the gorge. It’s wonderful what a drop of 268 metres (or nearly 300m if you count the little beginner falls above) can do to make a fairly ordinary creek so impressive. People travelled various distances down the track towards the bottom of the falls, but no one opted for the whole trek there and back. 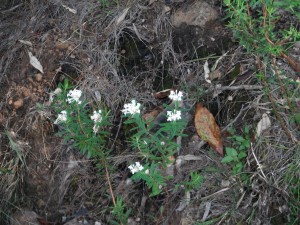 Other than a grey butcher-bird, there was a shortage of bird sightings and very few calls on a brief walk along tracks in the area. The smell of flowering molasses grass Melinus minutiflora, a weed from Africa, was everywhere, reminding some of pleasant trips past, and others of being carsick on winding mountain roads. 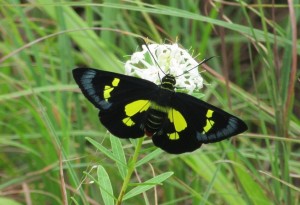 Rice flowers, Pimelea linifolia, were growing along the paths and a beautiful regent skipper Euschemon rafflesia stayed on one within easy camera range for a few minutes. Others  seen were the bush brown, Mycalesis terminus and Delius sp. 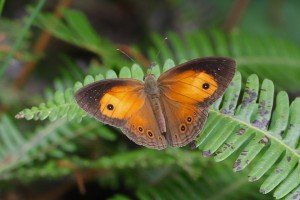 We decided to have lunch at the camping and picnic area where again, apart from a few brush turkeys on picnic duty, birds weren’t much in evidence. 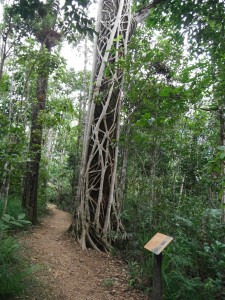 From the picnic area the track led through rainforest to the swimming hole where Liz found some visitors fishing, not swimming. She explained that fishing is not allowed in National Parks just as a sawshell turtle (Wollumbinia latisternum) took the bait. After some hands-on wildlife preservation holding the turtle still while the hook was removed, it was released and hopefully will heal without problems. 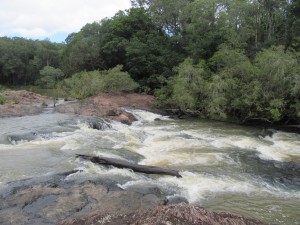 After finishing the circuit a few people walked to the bridge further downstream in hopes of seeing turtles and more birds. Turtle watching was unsuccessful with the water so fast and murky, bird watching was slightly better with rufous whistler, grey fantail and mistletoe bird noted. Plant watchers did much better with a number of small bushes attracting attention and debate about identity. For those interested in six- and eight-legged wildlife, Malcolm found a red and black spider he hadn’t seen before, and a golden orb weaver spider. You can learn more about them and see more photos from Malcolm’s trips to Wallaman here.