It was raining to the north, the east and the south, the morning of our planned trip to the Common, but with the Common so close to the official Townsville rain gauge where rain rarely falls, it was almost guaranteed that we wouldn’t be rained out no matter what happened around us. 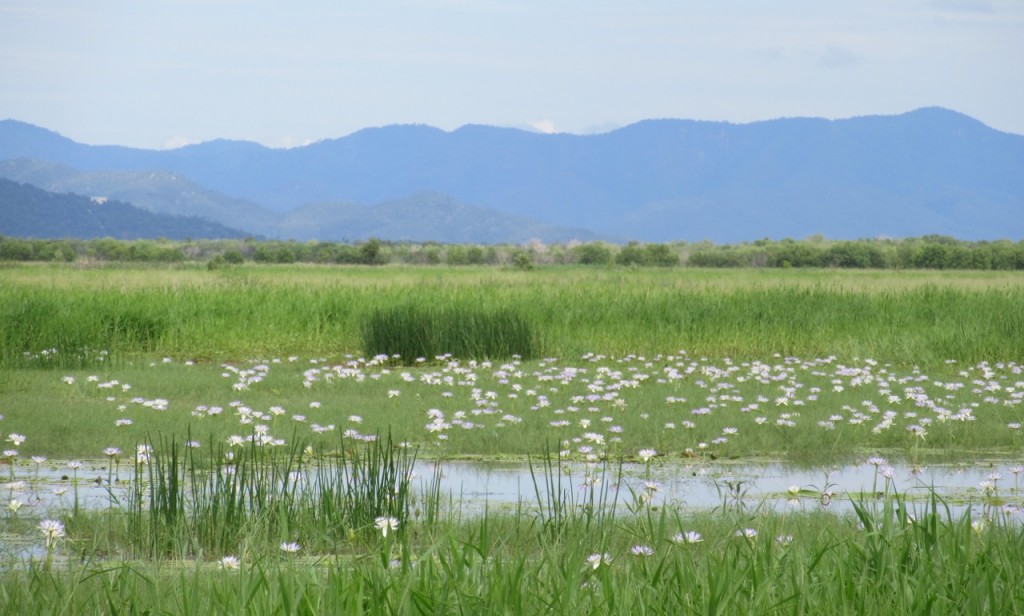 There was a moderate amount of water lying and an abundance of water lilies, but only small numbers of water birds. Usually in the wet season there’s enough water in many swamps and lagoons for water birds to be widely dispersed throughout the country. 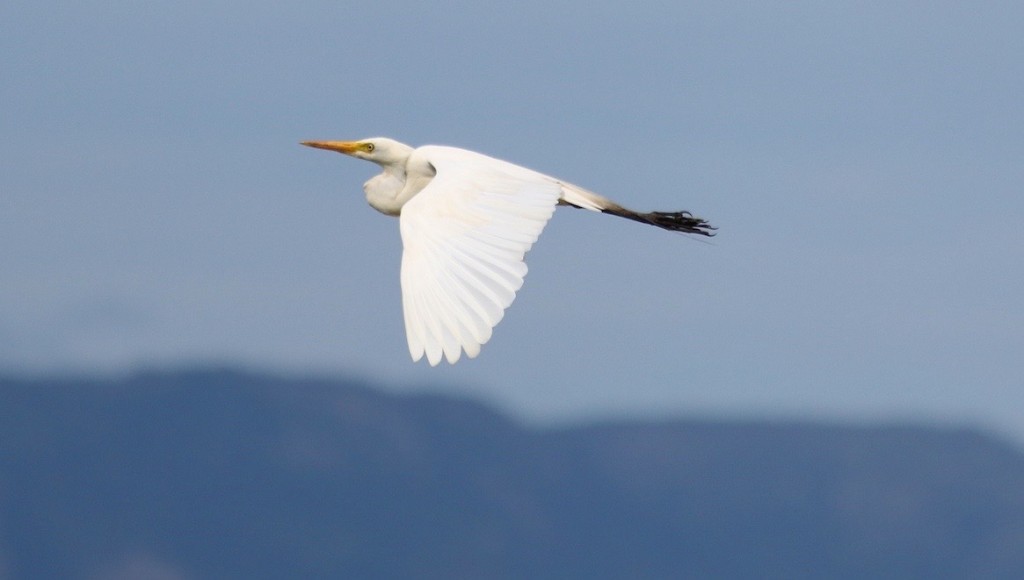 Magpie geese and egrets were the most conspicuous, but a lone Australasian Grebe was spotted. At a later site, a jacana started calling loudly and flew towards another one. Five more jacanas came from various directions to join them, and after a brief interaction between two of them, they all flew off together, leaving us to realise we knew very little about the social life of jacanas. 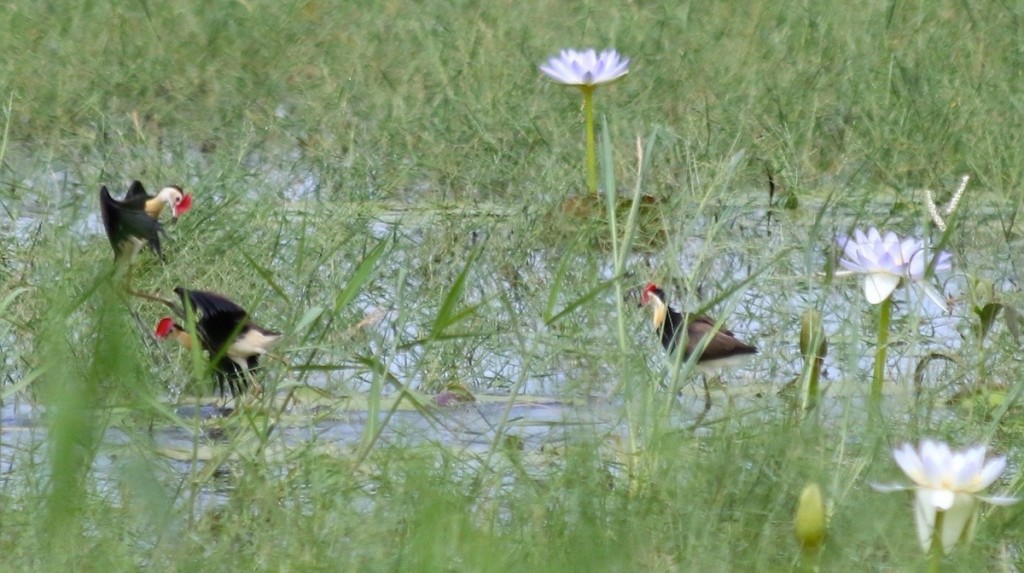 The first hide was home to a brushtailed possum, jammed up under the roof and not particularly thrilled to have loud humans paying attention to it. The last hide we went to hosted a dozen or so Litoria caerulea (green tree frogs) and a smaller, brown, lumpy looking one, L. rothi, and a frilled lizard was wandering nearby (see photos below). 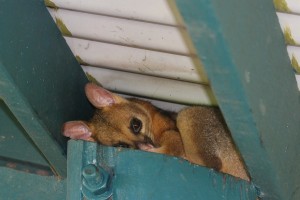 Para grass and guinea grass have taken over large areas of the Common and much of the other ground cover is weed as well, but there are many different native trees surviving, including species of Melaleuca, Acacia, Terminalia, Alphitonia and Corymbia.  Malcolm pointed out some sap suckers on the underside of a Pandanus leaf and some Golden mosquitos (non-biting) on the leaves of a nearby tree. A photo and information about the former can be found here, and for the latter you can click here for photos and here for information. 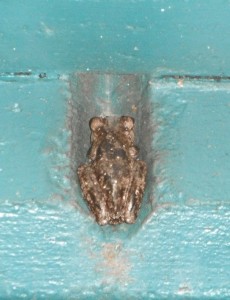 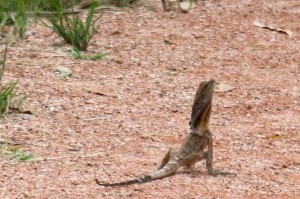