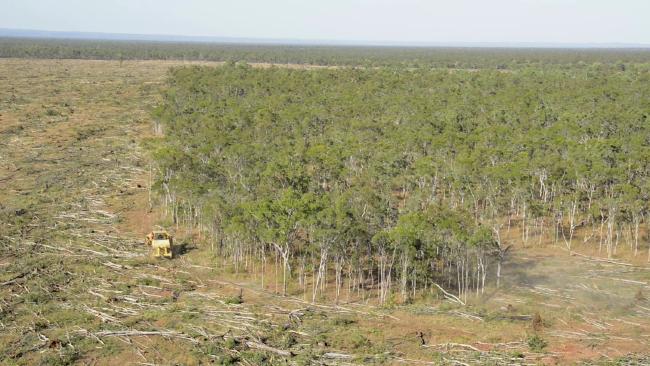 The clearing of vegetation across Queensland advanced with giant strides following the Newman government’s weakening of tree-clearing laws in 2013 – tripling in scale in the last few years. it is taking a devastating toll on wildlife.

If tree-dwelling mammals are not directly killed by the felling of their homes, if bird nests, eggs and young are not smashed by the same action or if ground-dwelling creatures are not crushed by machinery, those that escape are faced with the near-impossible task of finding new shelter, food and breeding sites in what habitat remains. Many already threatened or vulnerable species are affected.

In the process they are at high risk of predation, starvation and other forms of death if driven into the path of traffic, dogs and barbed wire fences.  If they somehow make it to “safe” habitat they will almost certainly be repelled by the wildlife already in occupation.

This is the immediate and shocking result of unregulated clearing. But there are many others.

The action of the Newman Government in 2013 to weaken the Vegetation Management Act was probably the most harmful assault on our wildlife and the health of our environment in decades.

The current Government made a pre-election commitment to restore those sections of the legislation thrown out by their predecessors and has introduced a bill to that purpose. This bill is being strenuously opposed by the LNP opposition and the two Katter Party members. The three independents Rob Pyne, Billy Gordon and Speaker Peter Wellington are not yet committed to supporting or opposing the new Bill. This is where you come in!

We need to show all members (ALP, LNP, KAP or independents) that there is strong community support for the restoration of tree-clearing controls. We need to tell them it is not just our precious wildlife that is being set at risk, but that our own health, our future and our economy is in jeopardy if this fast track to destruction continues. Never doubt the power of your voice – joined with others it is what changes minds, policy and actions. Silence is likely to be interpreted as indifference or acquiescence.

Below are details of who to contact and how – can you please contact at least 4 of them? Start with your own MP (no matter what party). Then – and this is critical – all three independents. If you can manage more, then email LNP leader Lawrence Springborg and Premier Anastacia Palaszczuk. If you can only manage one, then just do that – but once you have composed one email or phone message, it really takes only seconds to get it out to others. (KAP members are unlikely to be swayed but are included here if you want to give them a try)

“Do we really care so little about the earth on which we live that we don’t want to protect [its wonders] from the consequences of our actions?”   Sir David Attenborough.

Contacting crossbench members, Premier, Opposition Leader (Please contact all 3 Independents, and the KAP MPs if you can)

Keep your messages polite and reasonably brief. You can include some of the points above if you wish but a simple letter expressing your genuine feelings can also carry considerable weight. Make sure you state clearly that you support the restoration of the tree-clearing controls that were removed in 2013.

You can also make a submission to the Parliamentary Inquiry on the Government’s Bill. This link [Link expired] will help you do this but the closing date is 25 April so don’t delay. You can use the same points as in your messages to MPs.  I urge you to do whatever you can to make your voice heard. 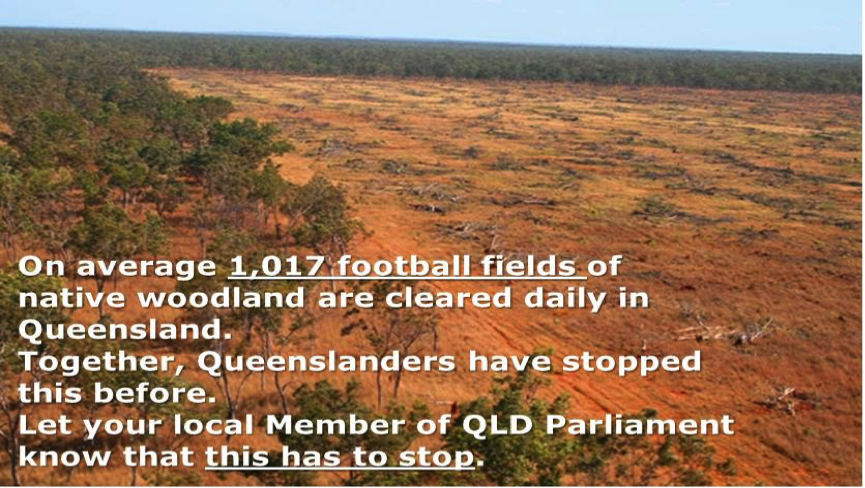