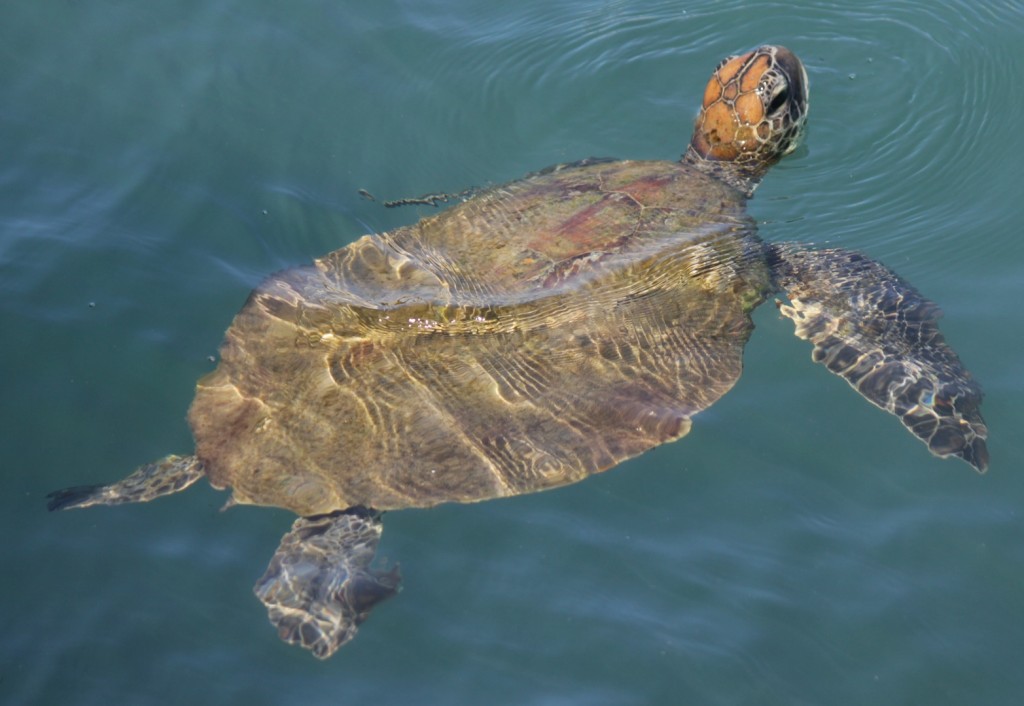 A long line of cars waiting at the AIMS gates on the last Sunday in July indicated a high level of interest in visiting this usually restricted area. The total of 26 people, evenly divided between members and visitors, was the largest attendance so far this year. 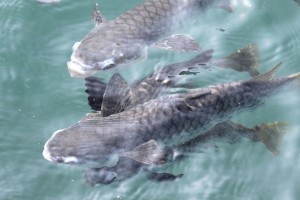 Despite early cloud and a hint of drizzle on the hilltops, the elements soon remembered that this was North Queensland where the rain supply had been cancelled for 2015 and there would be no early delivery. Clouds cleared, hats went on and sunscreen was applied before we moved in convoy to the jetty from where AIMS vessels set off on their research missions. Peering down into the clear water a green turtle and schools of diamond scale mullet were the first wildlife to attract our attention while a striated heron watched us from the rocks. Clambering down beside the slipway we followed the beach and mangroves along the southern shore of the Cape (this part of it is called Ferguson not Cleveland), with wonderful views across the sweep of Bowling Green Bay. In the far distance one sharp-eyed observer picked out a sea-eagle’s tree-top nest, with one of its owners in attendance. 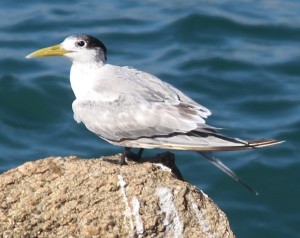 A falling tide gave a good expanse of mud for waders and a pair of pied oyster-catchers kept company with a grey phase reef egret, white-faced heron and the inevitable masked lapwings, while an immature crested tern posed for photos. Unusual rock formations, with geometric basalt extrusions, and the surprisingly friable black mangrove detritus exposed by the tide, caught the attention of those moving ahead. Melissa found crabs lurking among the rocks and a variety of shells to photograph, while former marine biologist Jackie, spotted a smoothed fragment of the cauliflower coral, Pollicopora damicornis. Less attractive was the inorganic debris, mostly plastic, washed up on the shore. Between us we carried as much as possible back to the jetty for disposal. 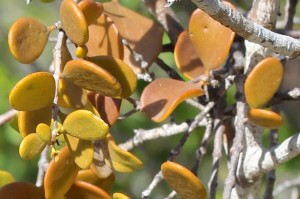 Among the mangroves, Beth identified different species and explained some of the properties that enable these plants, from many different families, to survive and thrive in their demanding marine environment. I was surprised to learn of a mistletoe (Amyema thalassia?) that parasitises mangroves. Although not a mangrove itself its attractive, fleshy leaves seem to mimic those of its host plant – see photo at right. The myrtle mangrove (Osbornia octodonta) has tiny dots of oil on its leaves, similar to eucalypts, and when crushed the familiar scent of its leaves reveals that it does in fact belong to the same family as eucalypts, the Myrtaceae.

After regathering at the jetty for ‘smoko’ there was some excitement, and more photos, over a second turtle which had arrived to nibble at the algae growing on the jetty structure. Some of the group left us at this point but the rest of us enjoyed a walk through the bush surrounding the AIMS buildings towards the main beach. Wallabies (agile?) were feeding on the grass and the trees were busy with flocks of rainbow lorikeets, blue-faced honeyeaters and noisy friarbirds. Near the dunes we flushed a pair of bush stone-curlews and just off the track a greater bowerbird had amassed a large collection of trophies at his bower. Plants in this zone included an unidentified wattle in flower, a ground cover plant, Evolvulus alsinoides, with pretty pale blue flowers, and a bush tucker tree, Red Condoo (Mimusops elengi) bearing small orange fruit.  Arriving at the stunning beach, which is a nesting site for turtles in summer, it was impossible to resist dipping our toes into that delicious water, while Jackie and Ken took a stroll towards the rocky southern headland. Even though a lone casuarina was the only vegetation to offer shade (lucky we weren’t there in January!) this is a truly spectacular beach with its firm golden sand, rocky offshore islets and backdrop of forested hills. 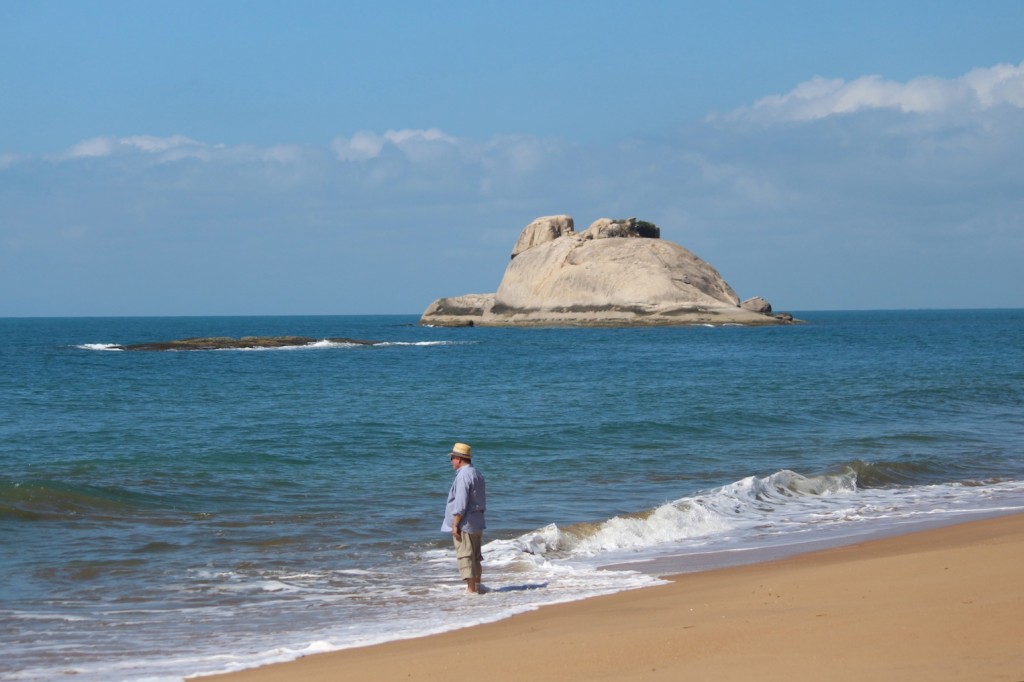 Special thanks to Beth for arranging access and acting as our guide despite struggling with a failing voice – well done! Also, thanks once again to our generous and skilful photographers, Melissa and Malcolm. You can see Melissa’s complete set via this link. And I have sent some additional photos from Malcolm, which I did not have room for here, to those who came on the trip. Don’t forget to click on the smaller photos to enlarge. 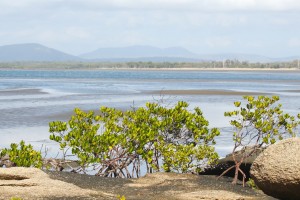 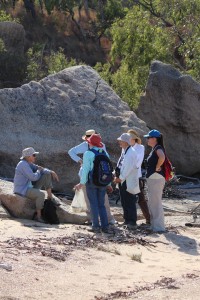 Beth and some of the group. Photo Melissa Copnell.