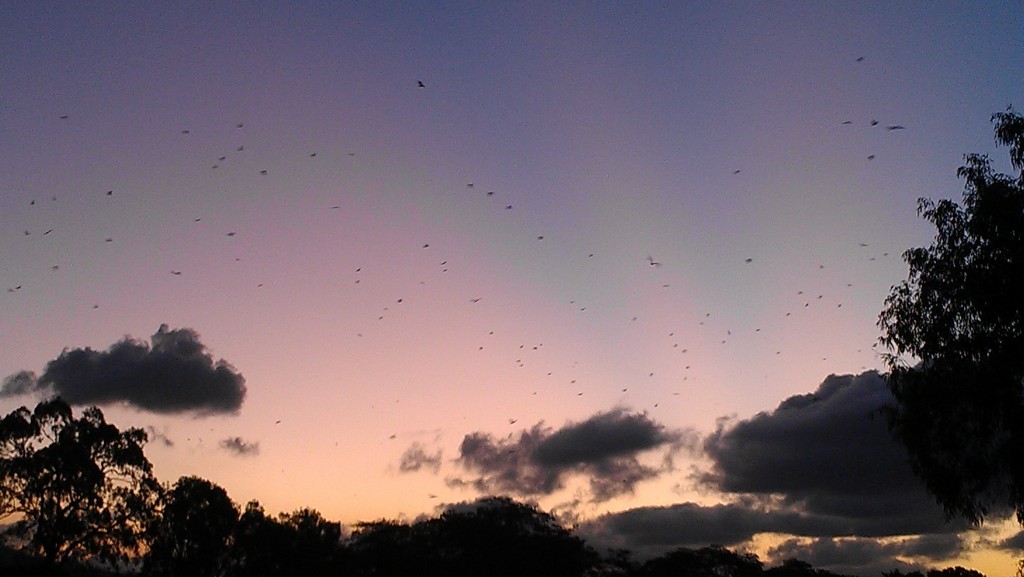 As the sun sinks the bats fly out. Photo John Collins. Click on all photos to enlarge.

For the first time in many years Wildlife Queensland, along with North Queensland Wildlife Care, hosted a bat-watching evening at the conclusion of a busy year for the Branch in which flying-foxes have been a major focus. The event fulfilled a commitment made by both groups at a recent TCC workshop on flying-fox management – with the aim of encouraging people to gain greater appreciation and understanding of these intelligent and important animals which, for no sound reason, seem to persistently get a very bad press

John Luly (at left) gives us a heads-up on flying-foxes. Photo Alison Downes.

The Palmetum colony expanded considerably this year with the arrival of an unusually large number of Little Red flying foxes, which often like to share accommodation with the Black species. While this has caused some headaches for the City Council it has provided a wonderful spectacle for anyone with half an hour to spend on the river bank around sunset. 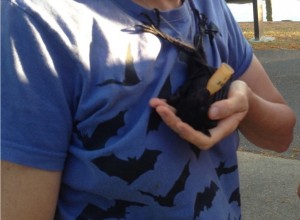 A month-old flying fox in the hands of her carer. Photo Alison Downes.

Not knowing whether we would attract five people or fifty we advertised “Batty Hour” to be held at Rossiter Park from 6pm on the last Sunday of November. To our surprise and pleasure 45 people, including several children, turned up, helped themselves to some cool drinks and nibbles, and some “batty” literature while waiting patiently for the bats to do their stuff. Flying fox carer and advocate Jon Luly gave a short talk and answered questions while two very young bats, in the care of their foster mums, shyly won the hearts of those who encountered them.

A little after 6.30 the first groups of bats were spotted flying west over the Douglas and Riverside Gardens area, then more and more were seen rising out of the trees immediately opposite and spreading out to fly up, down and across the river. Those who gathered on the pontoon directly opposite the Palmetum had the best views in all directions – and were the first to spot the bats that were belly-dipping in the river to rehydrate before heading off for the night’s feed. (Belly-dipping allows the bats to scoop water onto their fur which they can then lick off). Even in the fading light many watchers found they were able to distinguish between the two species by the more opaque wings and slower wing-beats of the Blacks and the difference in size – Little reds being considerably smaller. 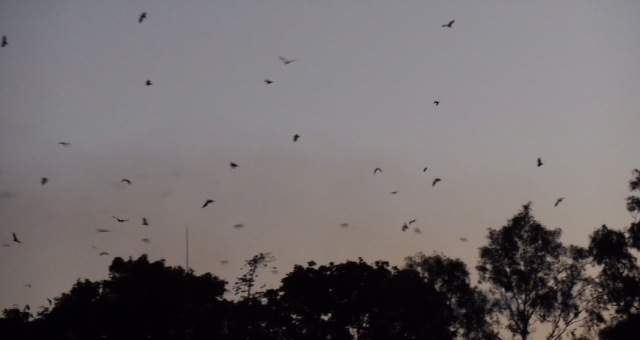 By 7pm the flow of bats had diminished to a trickle and it was becoming too dark to see clearly but the very positive response of all those who came indicates that this is an event to be repeated.

Thanks to the City Council for granting a permit for this event, to all who came bringing enthusiasm, interest and questions, to Jon for sharing his knowledge, and to John, Jackie and Alison for the photographs. Thank you also to the flying foxes for the wonderful ecological services they perform for our forests and woodlands every single night.

If you would like to learn more, see more or do more here are a few questions to consider: 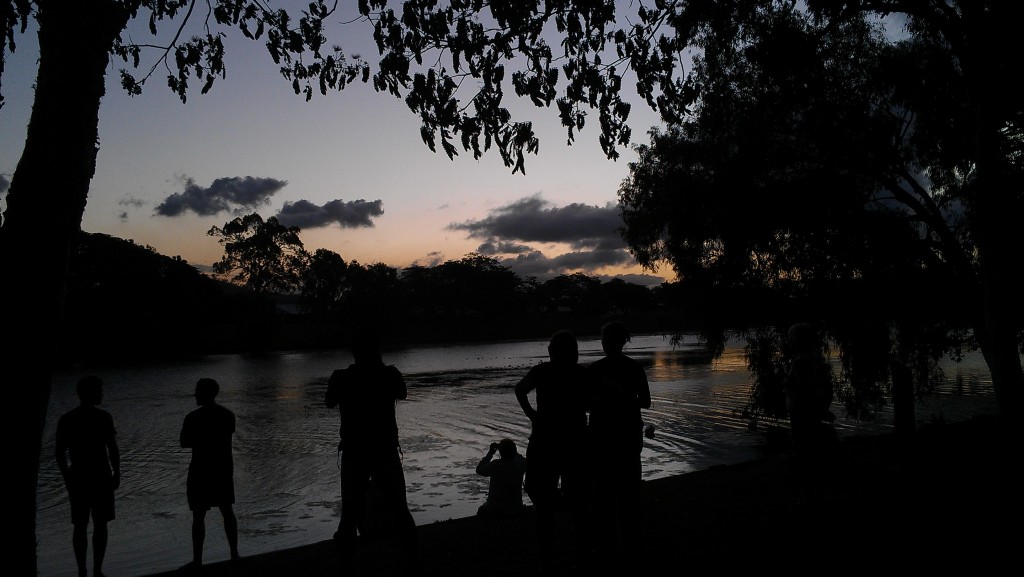 Atmospheric – the light is fading fast but no-one wants to go just yet! Photo John Collins.