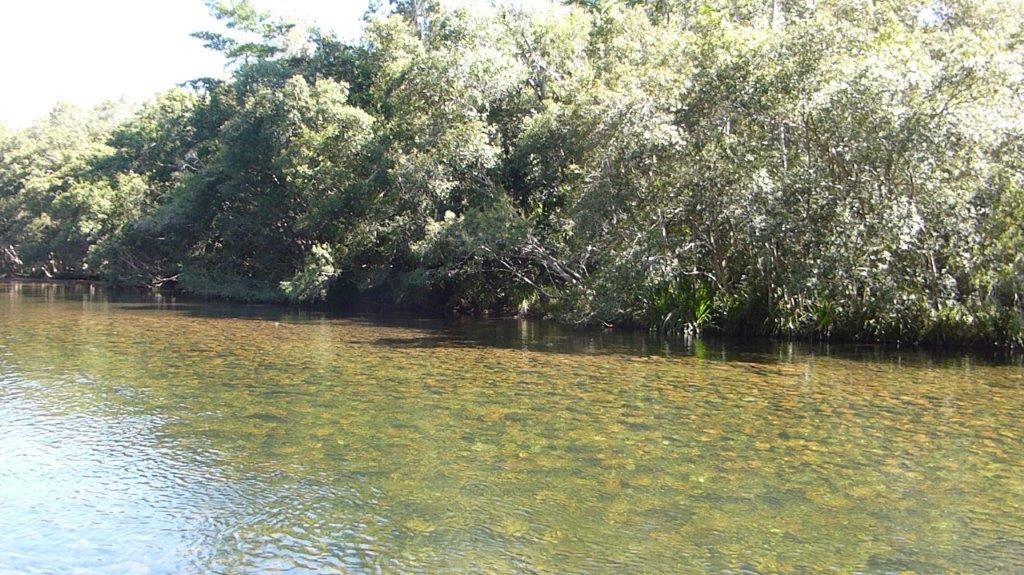 We’d come close to Broadwater Forest Park in Abergowrie State Forest before, when we walked the western end of the Dalrymple Track some years ago, but had never visited Broadwater itself, at least in recent memory, even though at 47 km north-west of Ingham it is easily accessible. It was perfect weather but maybe because it was winter and a bit cold for swimming, the day use area was almost empty, though the camping area further along the creek was more popular. Eucalyptus tereticornis and Lophostemon suaveolens dominated the day use area and were filled with birds more heard than seen. How flocks of flamboyantly coloured rainbow lorikeets can become almost invisible among leaves is a mystery. A pair of dusky honeyeaters flew towards the creek where small birds were zipping between wattle trees on the bank. 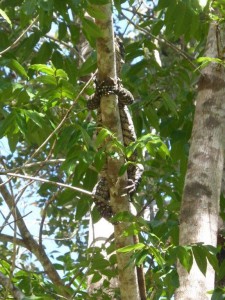 Broadwater Creek was clear and cold and flowing fairly fast with tiny rapids upstream and downstream of the swimming entry platform. Small fish swam around over the algal-covered stones of the stream bed, though a much bigger fish and a turtle passed by. Neither fish nor turtles rushed to the platform at the sight of humans, which happens in some National Parks where people have been regularly feeding fish, so being ignored was a good thing.

As we set off towards the short rainforest walk, a small lace monitor rushed up a Euroschinus falcatus sapling and hid on the side opposite us, though because the trunk was so small, its clearly visible claws were a giveaway. The first part of the track is wheelchair accessible and leads to a tall fig (Ficus albipila) with wonderful buttress roots.

In rainforest, epiphytes and the understory plants are the easiest to examine and try to identify rather than usually anonymous tree trunks. The only stinging tree, Dendrocnide moroides, that we noticed was right beside the path and came with a warning sign. It was fruiting. Birds are reputed to eat the fruit without ill-effects.

A Monstera deliciosa lookalike on the trunks of many trees was actually the native Epipremnum pennatum, not a garden escapee, and often growing up the same tree was Pothos brownii with its small waisted leaves. Wait-a-whiles (Calamus sp), cordylines and Pollia sp, a common ground cover, grew beside the path. 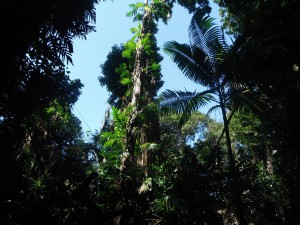 Several trees had clusters of small creamy-white flowers growing out of the trunk. The trees were later identified as Dysoxylum parasiticum (See 2 photos below). The unfortunate species name was based on the original misconception that the flowers were parasitic, rather than a lovely example of cauliflory. This is a fairly common strategy of rainforest trees, where flowers and fruit grow directly from the trunk rather than from small branches high in the canopy, presumably allowing fertilisation and seed dispersal by animals able to reach the trunk more easily.

We only heard a male whipbird, an eastern yellow robin, a brown cuckoo-dove, and a graceful honeyeater among a miscellany of bird calls, but did manage to see a rufous fantail. Back at the picnic area, a forest kingfisher perched long enough to be photographed, and after lunch we strolled further along the creek bank. We noticed a bright yellow caterpillar on a Carallia brachiata leaf (Freshwater mangrove). It was a four o’clock moth caterpillar (see below), though slightly smaller and possibly younger than those we have seen elsewhere. We headed back to Ingham via the alternative route through Trebonne and unsurprisngly saw little but cane and the occasional willy wagtail, a bird which seems to prosper in a treeless cane landscape despite frequent suicidal dashes across roads. 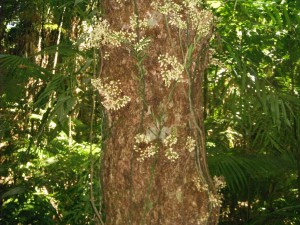 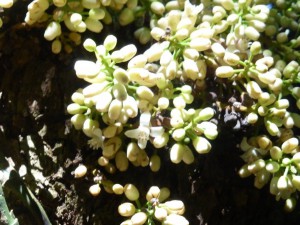 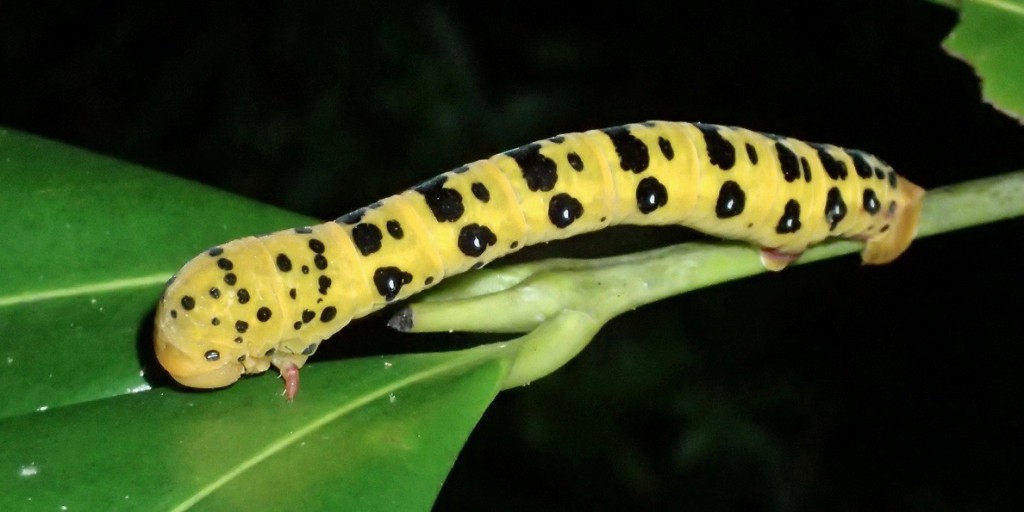