View across the bay from Magnetic Island to Cape Cleveland

A small group met on the 7.45am ferry (and picked up one more at the Arcadia bus stop) before proceeding to the start of the Forts track. Our goal, in common with everybody else on the track, was to see koalas – and if we didn’t notice the roughly made stick-arrows left by other walkers to mark a koala tree, it was hard to miss clusters of eager photographers craning their necks, phones and cameras upwards.. 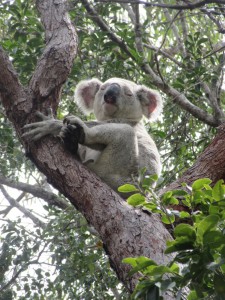 I’m not opening my eyes for anyone!

While we tried not to count the same animal(s) twice on the outward and return journey, I think the consensus was 10 individuals sighted, of which at least 4 were babes, for the most part carefully shielded from the paparazzi by their mothers. One exception was a Mum with larger infant, each clasping opposite sides of the same tree-trunk at about human shoulder height. This was too much for some of the crowd who couldn’t resist the urge to reach out and pat them – bad idea. Hopefully no-one got bitten but it can’t be good for the animals to be stroked by many hands carrying human bacteria and coated with sunscreen or insect repellent. Fortunately, all the others (koalas, that is) had the sense to stay beyond human reach and it was encouraging to see so many, all apparently healthy. It struck me that regular ranger presence, to keep a watchful eye and provide interpretive information about the animals, would be a good idea at such peak seasons, but where’s the money for that in these times of parsimonious environment budgets? 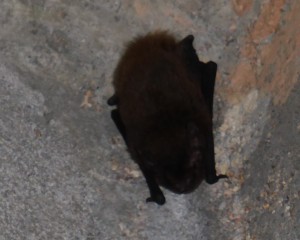 Before clambering to the top of the Forts lookout for some of those magic Magnetic views, Margaret braved the almost total darkness in one of the old wartime buildings to get this photo of one of the little bats (probably a Northern broad-nosed bat) that find it as good as any cave for roosting.

Most of us returned home on the 1.35pm ferry but two who lingered at Arcadia for ice creams were rewarded by rock wallabies and a grey reef heron at the old jetty. With currawongs, and other birds calling, and the rich yellow kapok tree flowers gleaming against a background of a brilliant blue sea, it had been a perfect day. 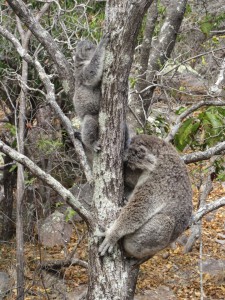 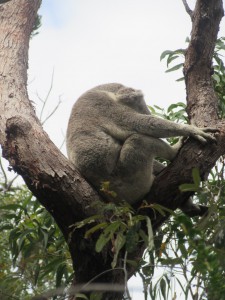 This tree was made for me! 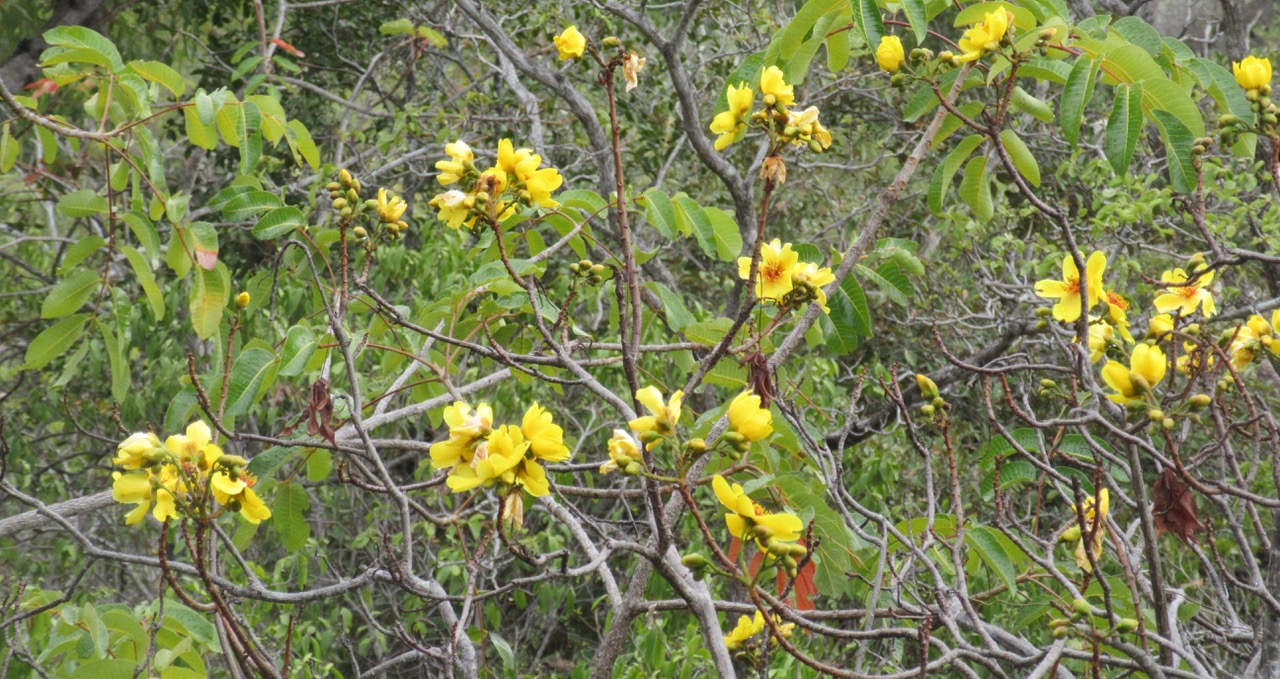