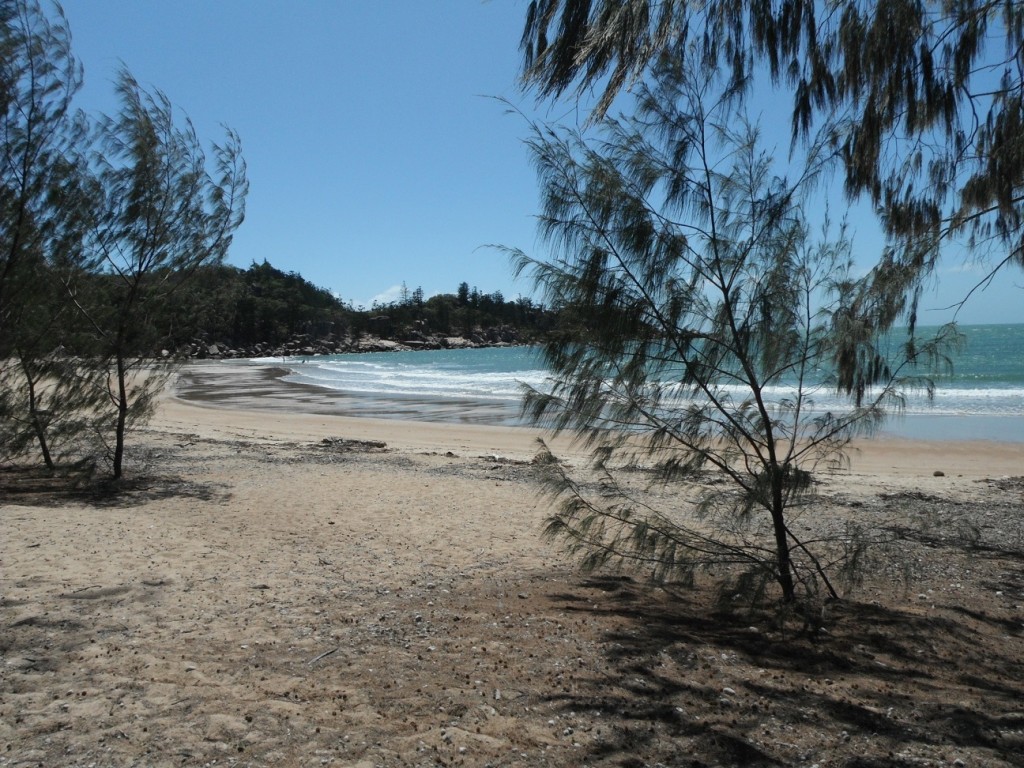 Florence Bay au naturel  – “What an abhorrence” a resort/marina would have been!  Photo DS

As some wanted to catch the 7.00 ferry and others the next one, it seemed simpler for everyone to choose what suited and eventually all end up at Florence Bay. The early people had already checked out koalas along the Forts track and other diversions when the later group joined most of them at the Arthur Bay lookout. 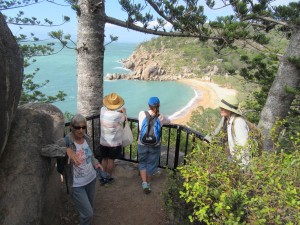 Some had detoured into Arthur Bay itself where a family of bush stone-curlews rested under a patch of shade and everyone chose to walk the diversionary track to the searchlight tower look-out before continuing  to beautiful Florence Bay and had morning tea in the shade of the casuarinas. Several of our members have participated in weeding activities with the national park volunteers and were able to show areas that had been cleared of feral plants.The water looked perfect though nobody swam. A few crows flew among the trees but there was no sign or sound of smaller birds.

Who remembers the fiercely fought campaign in the 1980s to prevent this bay falling victim to another infamous “white shoe brigade” development? A famous bumper sticker of the time declaring “What an Abhorrence – A Resort on Florence” aptly summed up community feeling and this was one conservation battle that was unequivocally won. How  fortunate we are that the bay is now part of the island’s national park. 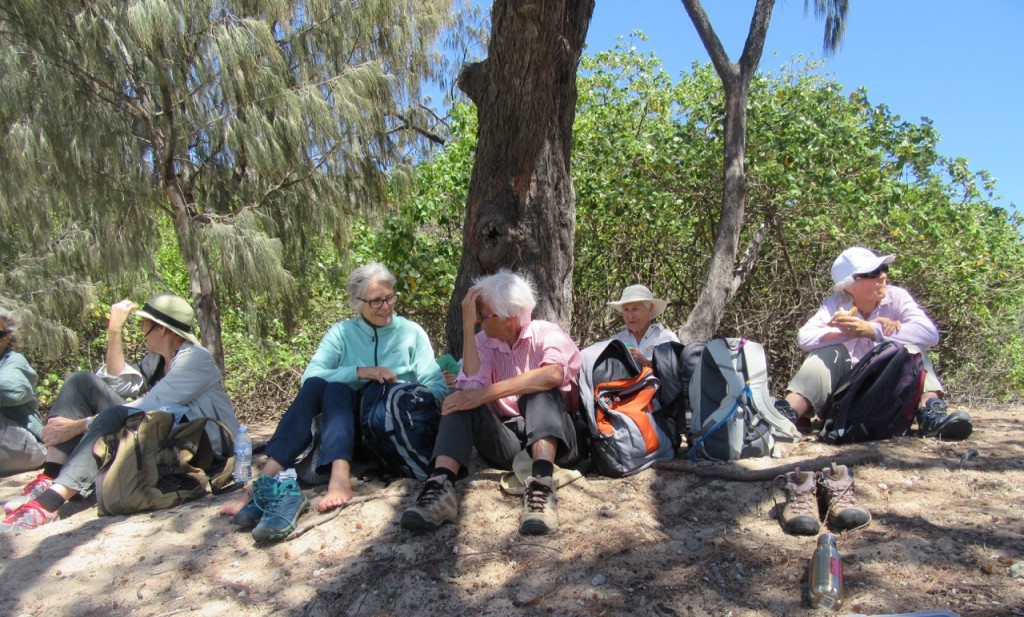 Had there been a bus or boat from Florence Bay some of us would have been happy to sit there indefinitely, all desire for exploration and exertion much reduced, but eventually we moved off and found the track to Radical Bay. Many introduced plant species had survived there much longer than the resort had. Currawong calls had been heard sporadically but no birds seen until one was noticed sitting quietly while white cockatoos fussed around the same tree. 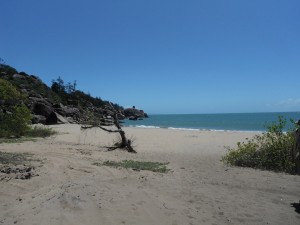 There were options for the rest of the walk that involved some back-tracking, but everyone decided up and onward  sounded more interesting, so we headed up the hill and over to Horseshoe Bay. Uphill was easily managed with frequent short stops, and in some respects easier than the down hill part with the steps too far apart for people with short legs. At least one keen walker detoured to Balding Bay and back along the way. 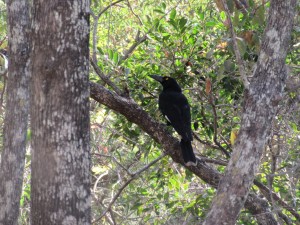 Currawong, one of the island’s signature birds. Photo Liz Downes.

The tide was out so it wasn’t necessary to take the slightly longer route to avoid crossing the creek mouth at the eastern end of Horseshoe. Probably most would have been happy to wade across anyway, lured on by sights of icecream and coffee shops. We were fortunate that the September weather remained cool and there was a decent breeze which ensured everyone managed the steeper climbs without incident – and all were found to be ‘present and correct’ at Horsehoe Bay. We had lunch on the beachfront, catching up with those who had travelled further or faster, before heading back to catch the ferry or to stop off at other bays.