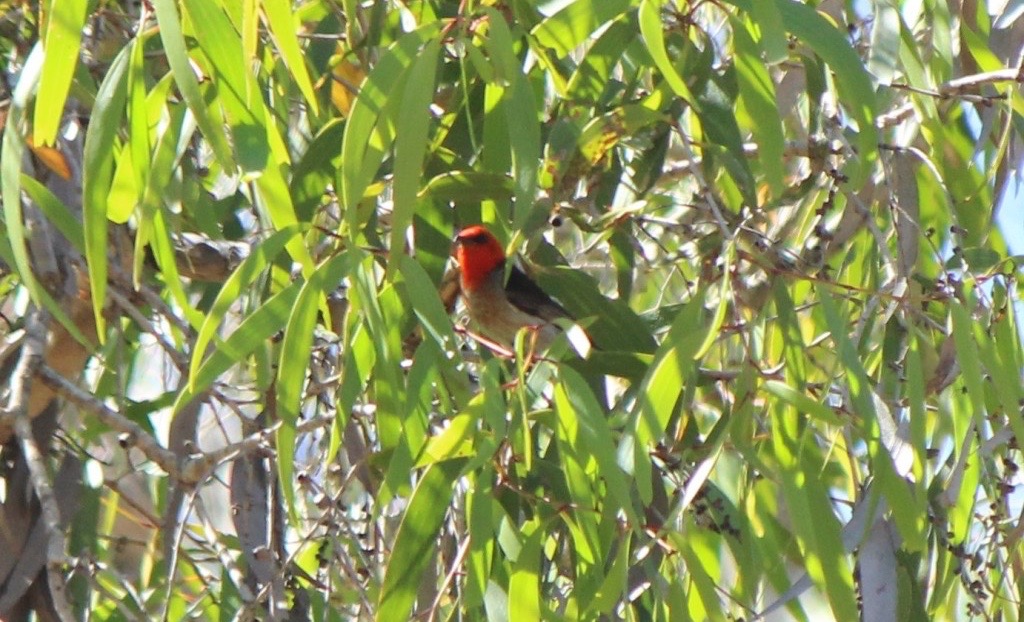 From the highway it appeared that this part of lowland Paluma Range National Park had not been burned recently so we decided to revisit it, but as we walked in we found large areas burnt out. However along the way to the beach there were Grevillea pteridifolia trees flowering, as well as tea-tree orchids (Dendrobium canaliculatum) and mistletoe, so there were various birds around, the most conspicuous being Helmeted Friarbirds. Bird of the day was the Scarlet Honeyeater, primary colours seem to attract humans. We heard fairy wren calls in several locations but only managed to see a a male Red-Backed Fairy Wren on our way back from the beach. 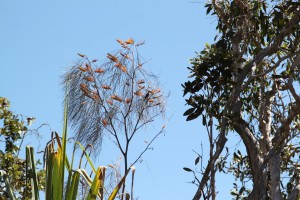 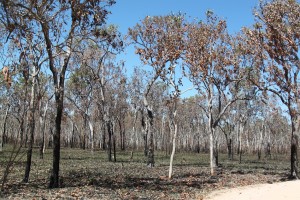 Most of the area is swampy in the wet season, with the paperbarks M.viridiflora and M.leucadendra dominating large areas, but it was very dry this time of year, the little creek along the track just a dusty gully. Bloodwoods Corymbia clarksoniana and grasstrees Xanthorrhea johnsoni are common. One of us noticed something off the track and found two areas where a ute had been backed into the bush and a large hole left where a grasstree had obviously been illegally removed. We didn’t find the threatened and fascinating ant plant Myrmecodia beccarii we’d seen on a branch of a tree south of the track last time, but it would have been easy to miss. 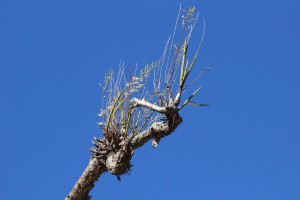 There is constant 4WD traffic along the track on weekends with people camping at the beach and leaving piles of rubbish and toilet paper, and driving from Toomulla to Rollingstone Creek for fun on the sand, destabilising dunes and interfering with nesting and feeding of waders. The number of vehicles doing this has increased and this is believed to be related to the fencing off of Ollera Creek beach and there are currently moves (again) to try to stop access to the beach from the National Park. It is unfortunate that so much of the use of 4WDs and ATVs is to wreck the environment, rather than to access out-of-the-way areas and appreciate them. 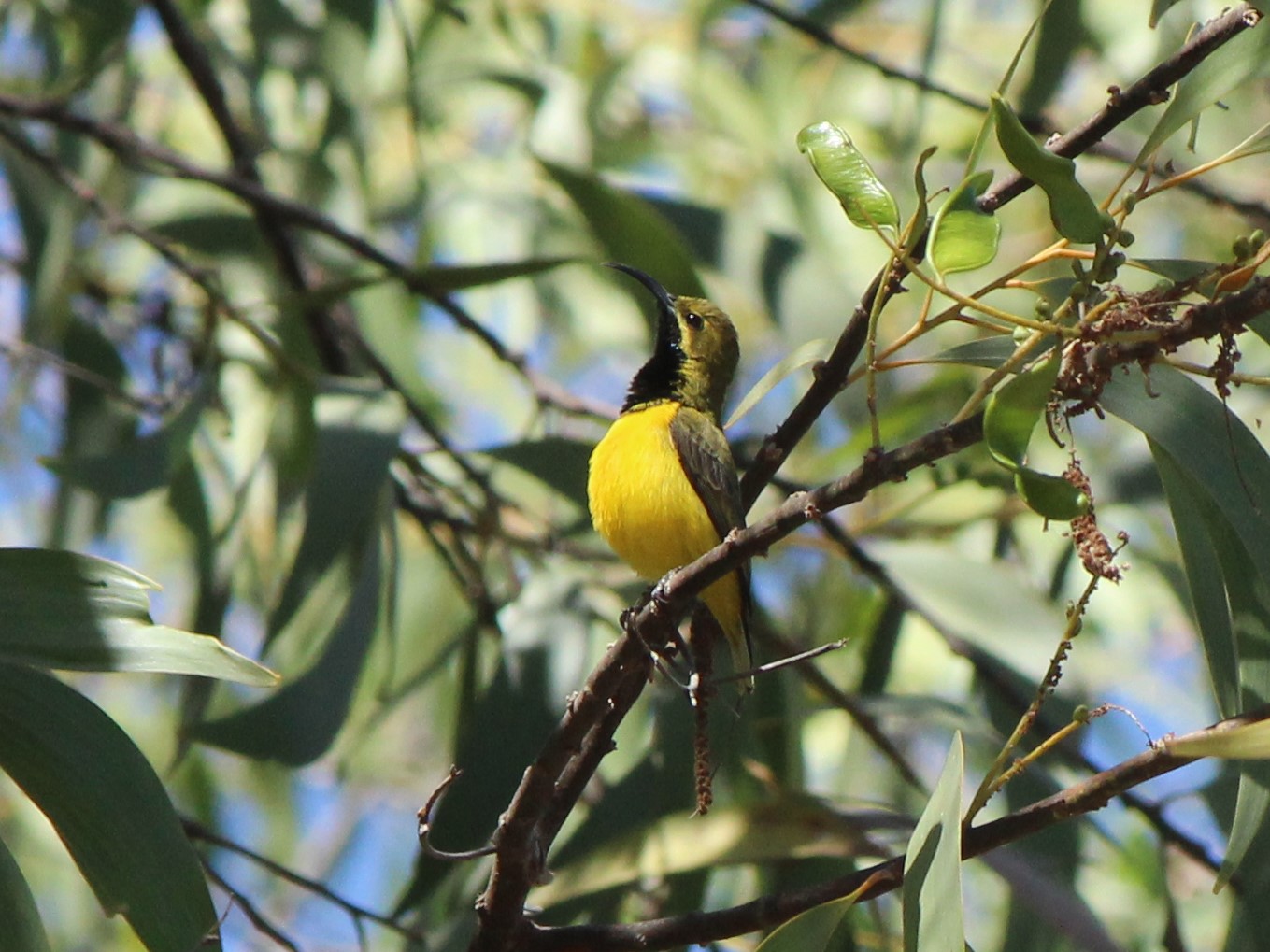