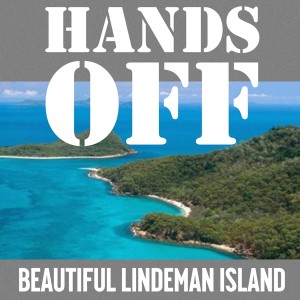 An email from the Mackay Conservation Group made me wonder if we were in some kind of time-warp. It brought news of a proposal to revoke 37 hectares a of the Lindeman Island national park so that Chinese company, White Horse Developments, could substantially expand the resort (acquired from Club Med in 2012) to include a large number of exclusive accommodation villas, an expansion of the airstrip and golf course. 10 hectares of the National Park land on the western coast is being sought by the developers to install upmarket “glamping” structures.

Thirty-one years ago, in 1986, the Bjelke-Petersen government announced plans to sell off a large part of Lindeman’s national park at a time when the infamous “white shoe brigade” was in full flight. Queenslanders would have none of it. This was years before the internet and quick-click online petitions yet within a few days nearly 60,000 had queued up to record their opposition to what they rightly saw as the sell-off of a chunk of their heritage. The “Save Lindeman” movement split the ruling National Party Government and attracted huge support even from traditionally conservative voters. The proposal was dumped.

The very respected National Parks Association has pointed out that “approval of this [new] proposal will not only mean almost 40ha of new disturbance on Lindeman Island, within the Great Barrier Reef World Heritage Area, but also associated indirect impacts on the national park and already fragile reef such as light, noise, runoff, litter, treated sewage and changes in water systems.”  It also asks where are “the net conservation benefits” which should be shown to exist before any area of national park is revoked?

What is it about National Parks that our governments fail to understand? They were created to protect their exceptional ecological, scientific and heritage values. They can also provide low-impact nature-based recreational and educational opportunities for Queenslanders and visitors. They were not created to provide exclusive, lucrative opportunities for commercial interests.

Please let the Premier, the State Development Minister (Anthony Lynham) and the Environment Minister (Steven Miles), know that you do not expect our National Park lands to be compromised in this way. And you don’t have to queue up anywhere to do this, just click on this link! [Link expired]

STOP PRESS: There is now also a petition before the Queensland Parliament. If you are a Queensland resident please sign this one as well. [Link expired]