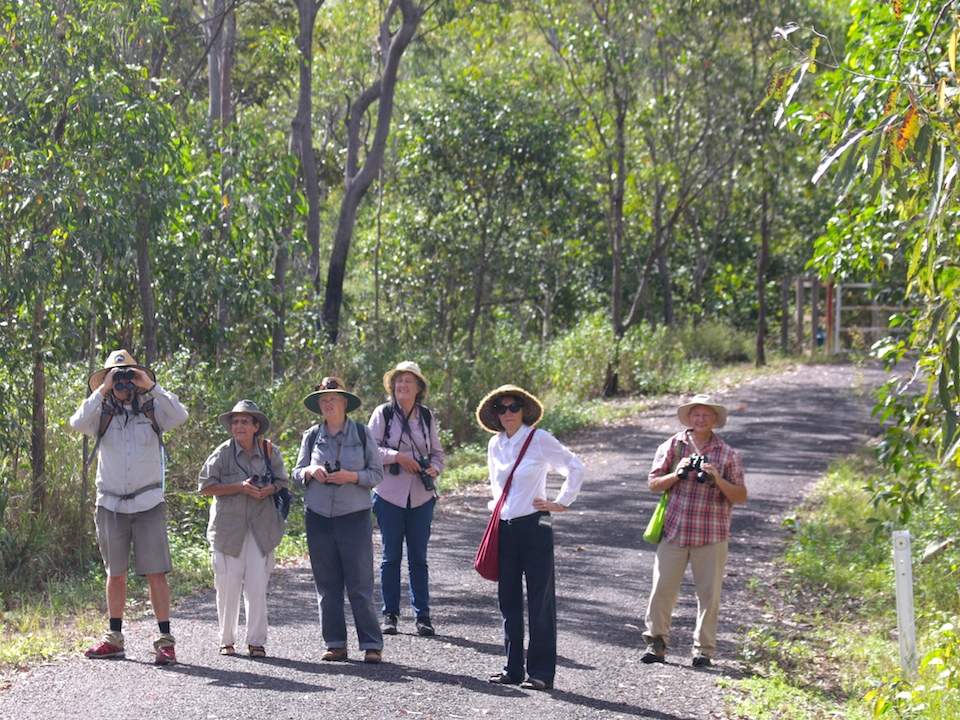 Birdwatchers at the ready along the Big Crystal Creek road. Photo Malcolm Tattersall.

August’s monthly excursion took us back to Paradise Lagoon, which we visited just over two years ago (see report here) and further upstream. A much smaller group than last month, we met at the Paluma Range turn-off and drove in convoy past Paradise Lagoon to a carpark and locked gate not far downstream from the Rockslides swimming area.

Our route was simple: we followed the access road upstream for nearly two hours, and came back the same way except that we detoured to the Rockslides for a look-see. It was very easy walking through pretty bushland, with the creek within earshot much of the time. With our usual leader gallivanting around Cape York (did you know you could gallivant, Liz?) and our most expert botanists otherwise engaged, we moved rather more quickly than we might otherwise have done. 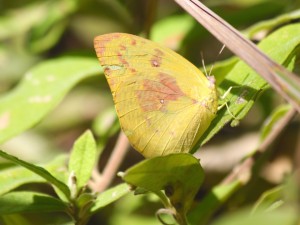 We decided that a creeper with olive-like fruits (yellow ripening to black – see photo below) which was flourishing beside the road was not, in fact, the ‘native olive’ some of us first thought it might be – but a tree with similar fruits at the picnic grounds was later identified as Alyxia ruscifolia.

We saw a good number of butterflies (Clearwing Swallowtail, Blue Tiger, Lemon Migrant, etc) but birds claimed most of our attention, from the Black-chinned  and Dusky Honeyeaters and Forest Kingfishers at our assembly point to the Friarbirds, Mistletoebird and others along the track.

Reptiles, however, caused the greatest excitement. Robin spotted a snake at a creek crossing on our way upstream but it vanished before we could all see it. On the return trip, however, we all saw not just one but at least half a dozen of them at the same spot.

They were all much the same size – little-finger thickness and perhaps half a metre long – and we thought they might be young siblings, recently born or hatched and not yet dispersed. Expert advice from herpetologist Greg Calvert was that they were adult Collared Whipsnakes (Demansia torquata), most likely several males pursuing a female with amorous intentions. Those who were concerned about being bitten need not have worried too much, as it turns out – Collared Whipsnakes are venomous but “bites are not normally serious” according to Wilson’s Field Guide to Reptiles of Queensland – although it’s always better to be safe than sorry. 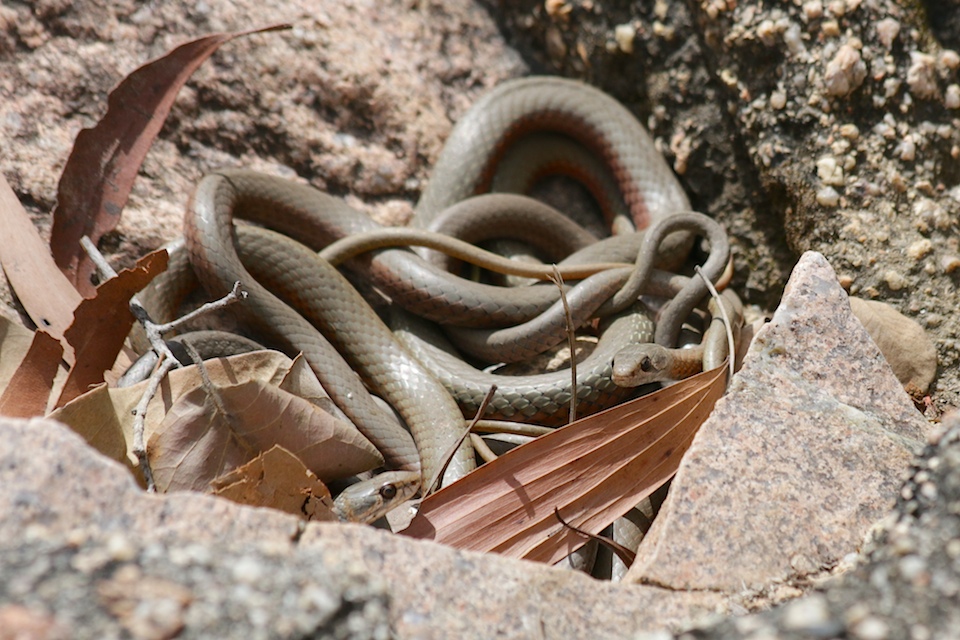 We convoyed back down to the picnic grounds, and Paradise Pool itself, for lunch before gradually dispersing and to return home. The rocks beside the pool yielded our last reptile of the day, a large, handsome lizard which was probably the Eastern Striped Skink, Ctenotus robustus. 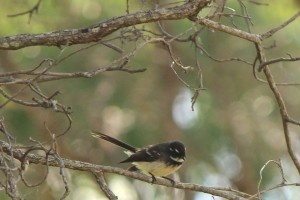 Thanks to Denise for leading us and sharing plant lists, to Pam for photos and bird and plant lists, and to everyone for good company. (And thanks to Malcolm for this excellent write-up, while I was on my Cape York adventure, and for his photos. LD.) 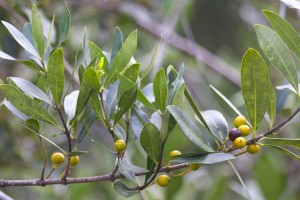 Can you ID this creeper? Photo Malcolm Tattersall.

Plants noted included two orchids, Dendrobium discolor (Golden orchid) and Cymbidium canaliculatum (Black, or tiger, orchid), a Basket fern (Drynaria sp.) and at least three species of mistletoe. Alphitonia excelsa (red ash) was bearing lots of fruit and a species of Bursaria was in flower. Another fruit bearing shrub was Alyxia ruscifolia (Chain fruit). The familiar Macaranga tanarius was found beside the road and the bleeding heart tree,  Homalanthus populifolius, was growing at the edge of a smaller creek. Other trees were Corymbia tesselaris (Moreton Bay ash), three species of Acacia, including A. flavescens, and a Grevillea (either G. striata or G. parallela) 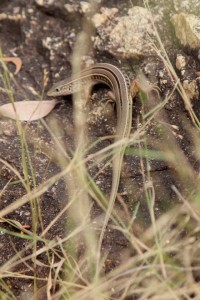 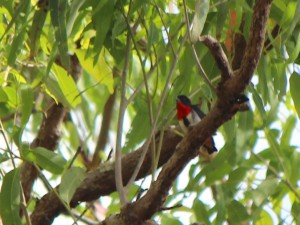