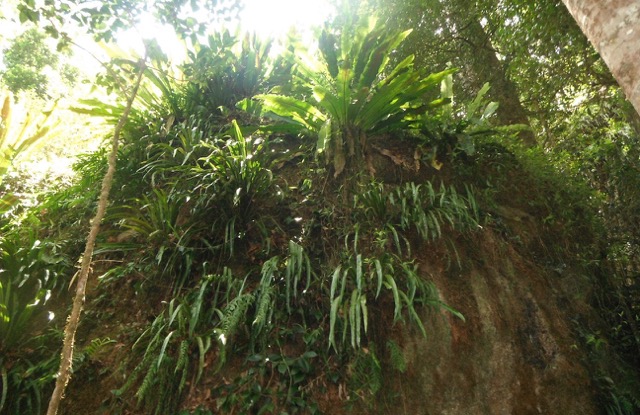 A view of the “rock garden” DS photo.

For the first outing of the year we decided not to risk mass hyperthermia on a sunny walk in above average temperatures at sea level, but to retreat to Paluma. Rainfall around the dam had been so poor that the unsealed road to it was dry and in good condition, a rare state for the end of February, and the water level in the dam very low. A solitary Great Crested Grebe floated near the picnic area when we arrived. 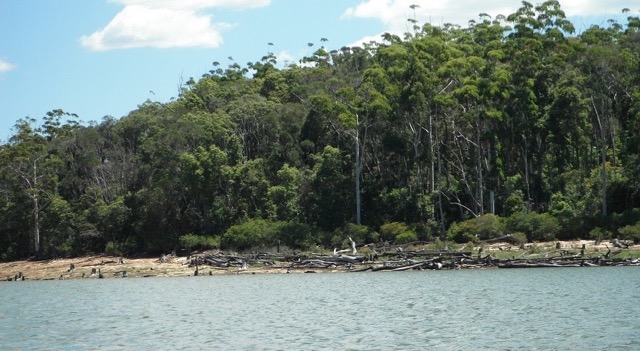 After some advice and maps received the night before from an experienced Paluma bushwalker (thank you, Wilfred) we decided to change our original plans to walk part of the track round the dam, and instead explore a loop through the forest on the dam’s eastern side to a lookout, then on to the Rock Garden and back to the carpark by a different track.

A Red-Legged Pademelon rushed away at the start of the track, and some of us managed to see an Eastern Whipbird, a Spotted Catbird, Chowchillas and a Grey Shrike-Thrush. As usual, many more birds were heard than seen. Two Eastern Spinebills were busy in a flowering bush identified as Pittosporum venulosum close to the track on the way back. At a number of places along the loop we had smelt something attractive but could see nothing flowering to identify the source of the scent until then. Chris noticed the bright red fruit of a species of native raspberry (Rubus sp.), with thorny canes ready to snare the unwary. 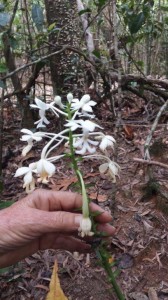 Admiring the vegetation took up most of our time. One Christmas orchid Calanthe australaseca* (previously C. triplicata) was still flowering, many more of them had recently finished. It must be a beautiful sight a little earlier in the year when large numbers of them flower. Many different orchids and ferns were on rocks and trunks close to the ground, not just high on the trees, so it was wonderful to walk in the cool (relative to Townsville anyway) surrounded by them and the forest. Other plants noted on the walk were the vine, Pothos longipes (with scarlet fruit) and orchids Dendrobium lichenastrum and Bulbophyllum newportii – see photo below.

The highlight of the walk was seeing the Rock Garden. Photos don’t really show just how large some of these rocks are, or the extent and variety of vegetation growing on them. Small insectivorous bats were roosting in a crevice between rocks. The area is definitely worth another look in the future.

Over cuppas and snacks, the consensus was that there are a lot more tracks in the same general area that most of us had never been on and we should check them out on future outings.

* The great Australian poet, Judith Wright, one of our Society’s founders, its long term President and Patron until her death, named her home at Mount Tamborine “Calanthe” after this flower. 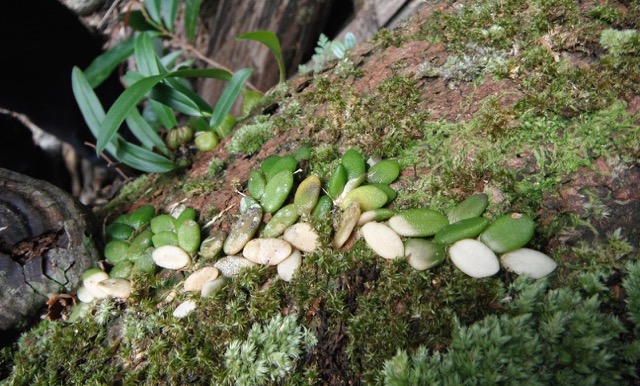 Thank you Denise for this excellent write-up, also to Chris, Denise and Jane for photos, and special extra thanks for Wilfred’s input prior to the walk which enabled our group to discover such a beautiful ‘new’ track. A complete folder of photographs from the trip can be viewed here – well worth seeing especially for extra views of the rock garden. 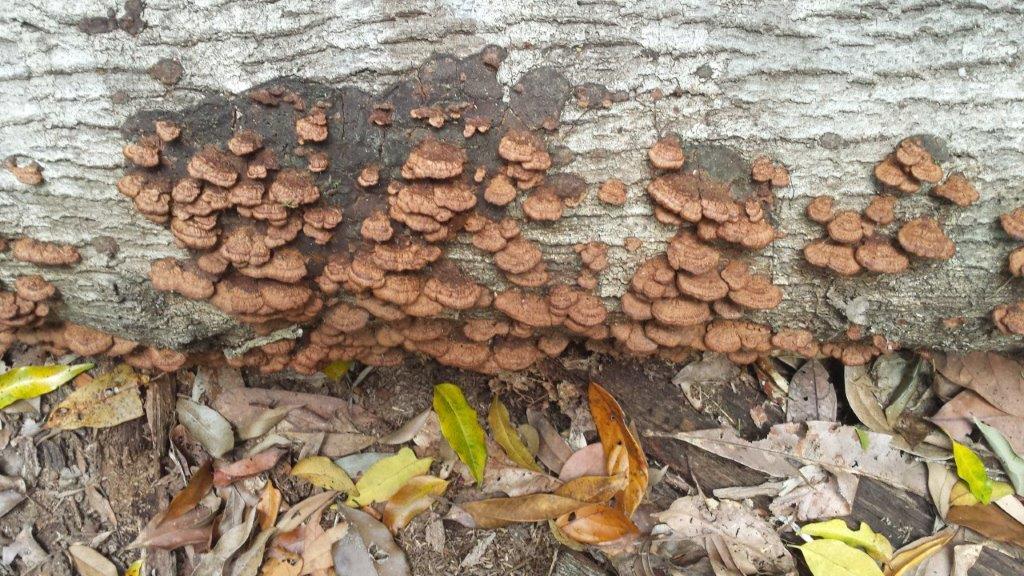 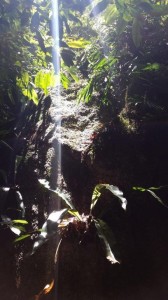 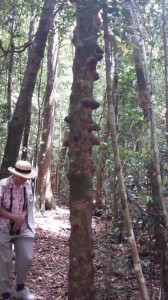 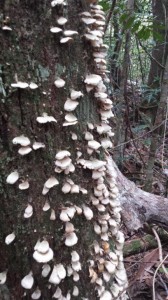