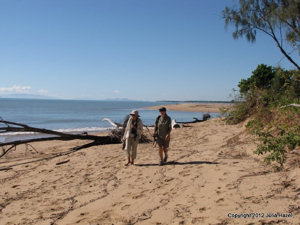 A beautiful autumn morning on Sunday April 22nd saw a group of six members and six keen and very welcome newcomers gathering at Toomulla Beach. It was a good start for what we hope will be the first in a renewed series of field trips to be organized by the Branch, for the benefit of members and anyone who is interested in experiencing more of our wonderful outdoors.

The first thing to notice, as a flock of rainbow lorikeets flew overhead, was the tall foreshore vegetation screening us from the beach and looking reasonably intact despite Yasi.  At the southern end of the beach the mangrove community bordering Saltwater Creek appeared diverse and healthy with six species found in a small area. Beth pointed out the flowers on Brugueiria sp and the milky sap in the leaves of the ‘blind-your-eye’ or milky mangrove. Nearby we spotted a pair of richly coloured bugs on Thespesia populnea (in the hibiscus family). Leslie later identified these as female Harlequin or Hibiscus bugs, Tectocoris diopthalmus (pictured below), the males are bright blue. She thought the much smaller, bright orange insects, also in the photo, were milkweed nymphs.

Four of us walked north along the beach until we had passed the rampart of sand on the seaward side of the creek, which obstructed our view of the bay. Large flocks of crested terns were very active offshore and we were delighted to notice two groups of dolphins also enjoying the calm water and good fishing. Two, quite close, were identified tentatively by Julia as Bottlenose dolphins, and three further off were probably Humpbacked dolphins. We possibly stayed too long watching them play as, by the time we returned to the cars, some of the group had already headed home. Sorry we missed you, but hope you enjoyed the morning – please come again!!

Special thanks to Nanette Hooker, Jane McLean and Beth Ballment for botanical information and to John Robinson, Leslie Hogg and Julia Hazel for sharing their lovely photographs. 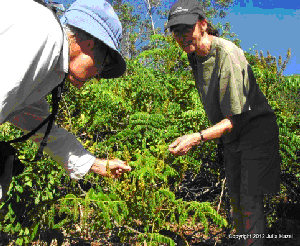 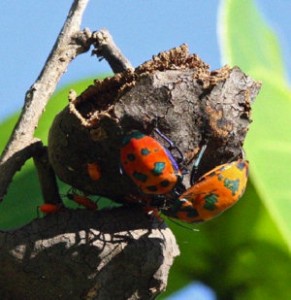 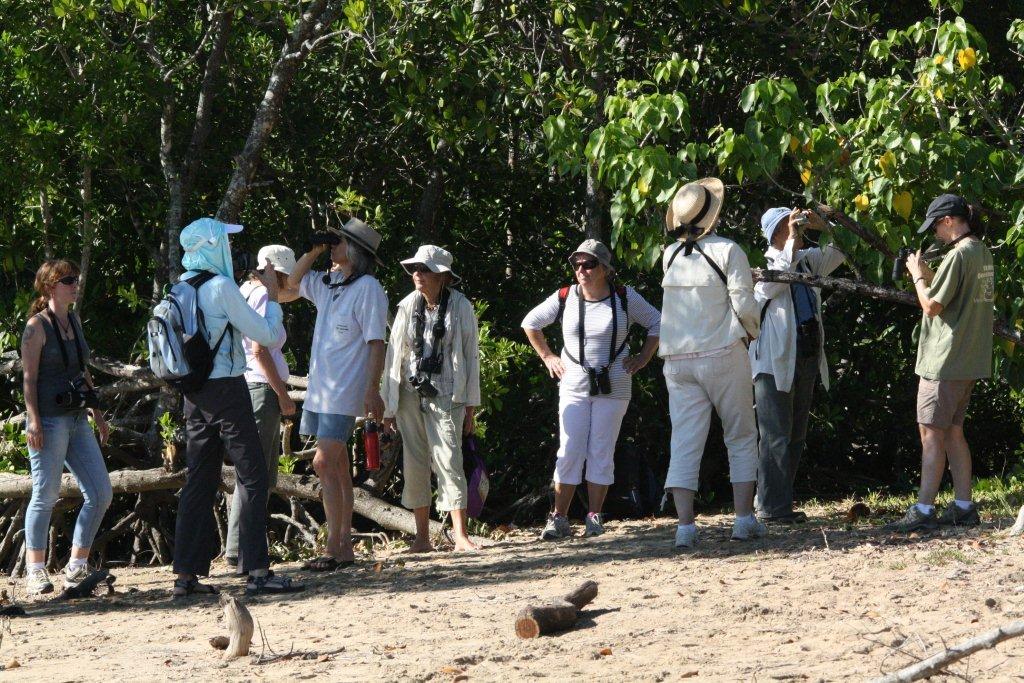