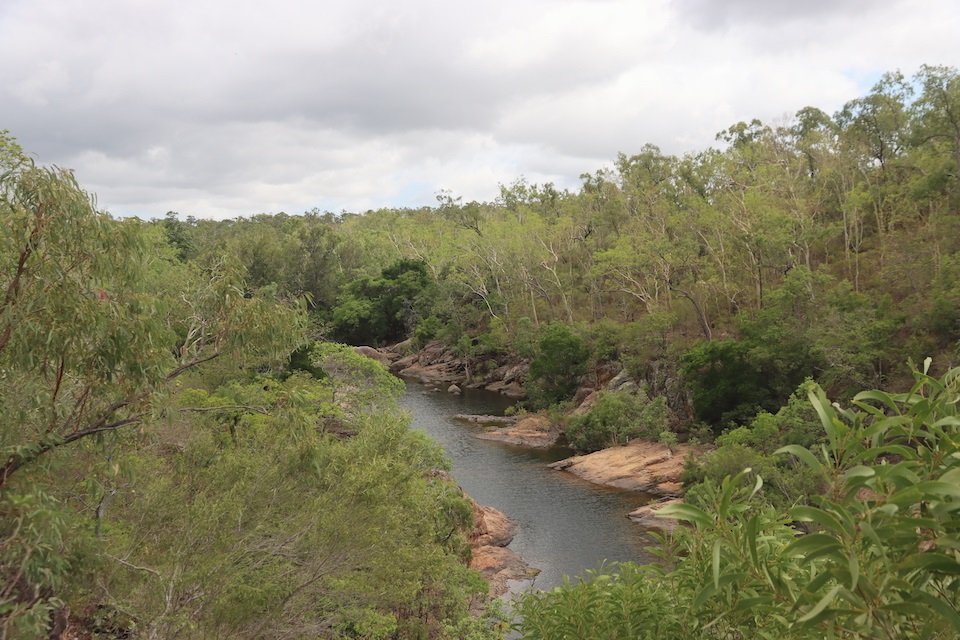 After so long closed and so many postponements of re-opening, the day use area at Alligator Creek was finally open again, so we went to look at the improvements that had been the reason for closure, as well as to have our last walk in bushland for the year. The paved path to the swimming hole does make access to it easier. Less commendable was the position of the toilets relative to the roads. When one walks out of the toilets, cars whizz around a curve from behind where no one is looking for them. There were two sheltered picnic tables, the other seats and tables are out in the sun, any surrounding trees providing little shade. 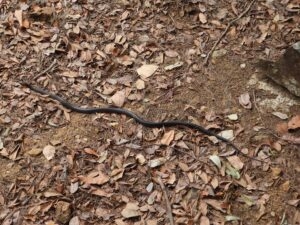 However there had been enough rain for the non-built parts to be looking good with the creek flowing and trees well-leafed. In the riparian vegetation near the car park we heard Noisy Pitta and Figbirds.  After checking out the waterhole and the lookout where the air smelt of Coelospermum flowers, which, though tiny, were in huge numbers on several large trees nearby, we climbed up the new steps to join the track to Cockatoo Falls. At a raised walkway further along, a snake was seen a few feet up the side of a sloping tree, but it quickly descended to the ground and spent time hunting through the leaf litter, apparently oblivious of people hanging over the rail taking photos, and allowing us to have a good look instead of just the sight of a tail disappearing among the rocks. A photo and identification request sent to Greg holidaying o.s. had an immediate reply of Eastern Brown. When it moved under the walkway but didn’t emerge out the other side, we continued on. 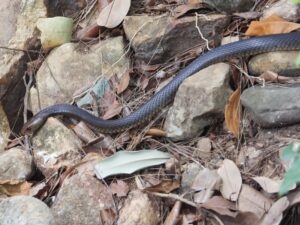 The only birds heard along the way were Mistletoe Bird, Brown-backed Honeyeater and a passing crow. After a while most people started heading back rather than go on to the falls. At the snake-viewing platform the same snake had decided to move up onto a wide part of the walkway which allowed a few metres distance from passing humans. Two of us stayed to warn people it was there and to skirt around it, not approach it. Most people were sensible and accepting of its presence in a national park. The snake meanwhile was having trouble with ants bothering it and periodically kept trying to scrape them off its face, and eventually chose to go back to ground level. For the years the park was closed to visitors that walkway was a human-free zone, and snakes could use it in daytime and not be disturbed if they wanted to bask on it. 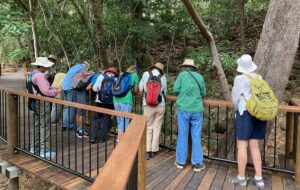 With very little resistance (none actually), we claimed one of the shelter sheds to eat lunch, before wrapping up the year in a low key non-organised fashion and drifting to the cars. 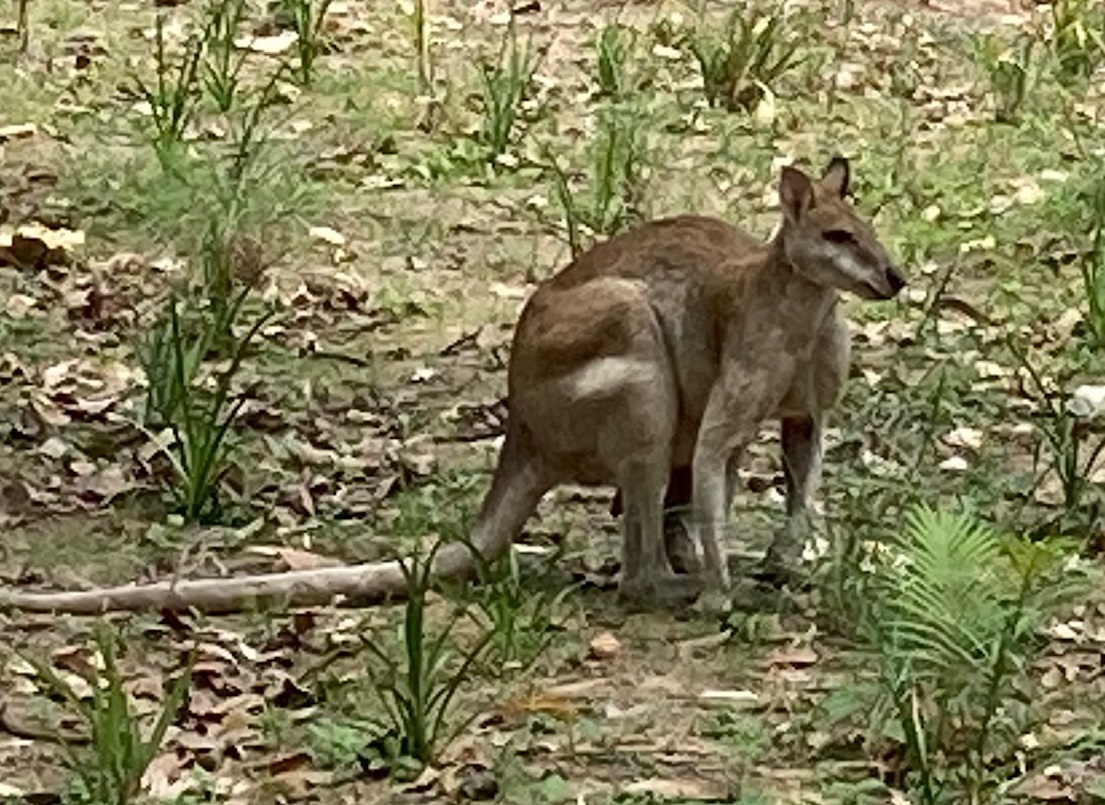