Welcome to new members Heather and Rebecca, who both joined up last month – glad to have you aboard! Thank you also to those members who responded so promptly to our “gentle reminders”  – we value you all.

Visit our NEW glider monitoring site: Sunday 19th September. Our September field trip will visit the area of Unallocated State Land (USL – aka vacant crown land) at Mutarnee, where the glider group are now putting up cameras. This site is on the opposite (ie western) side of the highway to where our major Ollera Creek project was conducted and has apparently been selected as one sample site for a 3 year pilot program across Australia, by CSIRO, Terrain, and others,  looking at fire, plant samples, soil samples etc. (Report of last month’s trip to Ross River Dam and Borrow Pits is forthcoming) 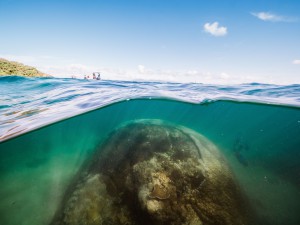 Muga dhambi – one (very) big coral: Earlier this year my lucky 15-year-old grandson, in preparation for his Year 10 work experience with Reef Ecologic, spent 4 days on Goolboodi (Orpheus Island) with a group of young citizen scientists.   As expected it was a wonderful experience and in particular he couldn’t stop talking about the huge Porites bommie they had found and measured. Last month various media outlets published images and details of the dimensions and estimated age of this coral. After consultation with the Traditional Owners, the coral was named Muga dhambi. The media release issued by JCU is reprinted here and contains links to the paper published in Scientific Reports and to a file of  breath-taking photographs (view full screen if you can!)

Good news for hairy-noses !! Good news about native wildlife can be depressingly hard to come by, but the northern hairy-nosed wombats (Lasiorhinus krefftii) at Epping Forest National Park have just served up a good fat slice of it! This critically endangered marsupial – the largest but rarest of Australia’s 3 wombat species – has been teetering on the brink of extinction for decades, with its population slipping to around 35 individuals. Thanks to thirty years of dedication by QPWS staff, especially senior conservation officer, Alan Horsup (who did his PhD at JCU on allied rock wallabies), and a team of volunteers, their population has increased tenfold. No time for complacency though as most of the animals occur in just one location, and the need to establish other safe territories for them is pressing.  Read the story here.

Green Drinks : Like to meet up socially with others who care about our environment and its wildlife? The next Green Drinks event will be on Friday 17th September, from 6pm, at Grill’d on Palmer Street.

World Rivers Day Sunday 26th September: Around the world rivers, often seen as arteries of the earth, are under threat from human use and activity, directly or indirectly. The fourth Sunday in September is a day to celebrate, increase public awareness and encourage better stewardship of our rivers. Over the last 18 months our regional Conservation Council has been focussing attention on the most significant river of our region – the mighty Burdekin – seeking progressive, more river-friendly approaches to its use other than building yet more dams.

NQCC Annual Postcard Exhibition and Auction This major fund-raiser and fun night is coming up on Saturday October 9th at Umbrella Gallery in Flinders Street. The exhibition runs from its opening night (Friday 10th September) until the auction so there is plenty of time for you to preview the art beforehand if you wish.

Tangaroa Blue Clean-ups: For those with time to spare, the annual clean-up at Orpheus Island is running for four days at the end of this month – it is almost booked out but cancellations do happen.  If you can only spare a morning, then October is the month when Tangaroa Blue co-ordinates a number of flagship events. 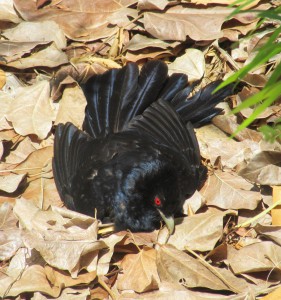 Koels are calling – and the Backyard Bird Count is coming. Is it my imagination or are the distinctive, coo-ee calls of that striking summer migrant ringing out earlier and earlier?  It was still officially “winter” when they were first heard in my suburb and soon they will be waking us up regularly with that insistent cry. Maybe they are just reminding us to get ready for Birdlife Australia’s annual Aussie Backyard Bird Count which will run from18th-24th of October. If you haven’t done this before, it is a lot of fun and you don’t have to be an expert because there is plenty of help available. If you register you will receive reminders, so it doesn’t slip by unnoticed (much appreciated by those with busy lives and/or ageing memories!)